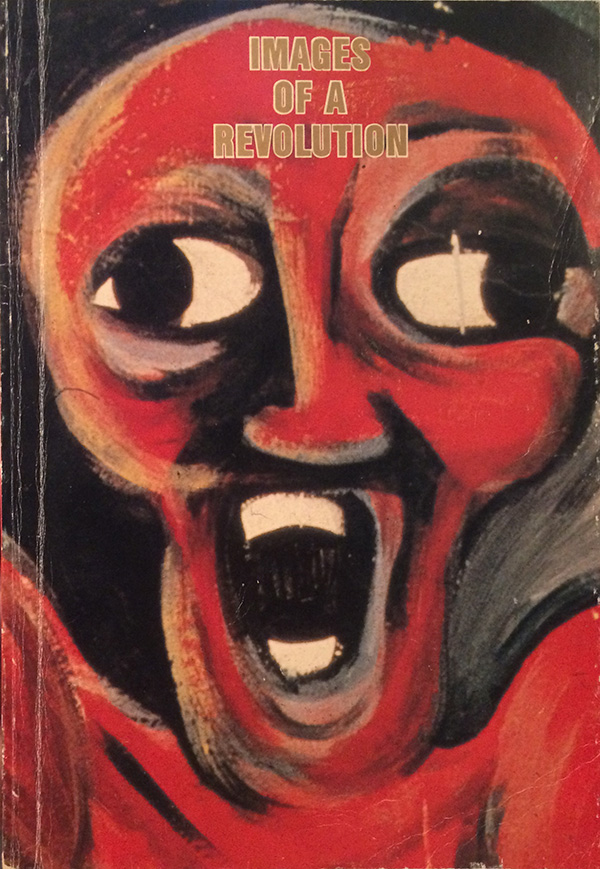 One of my favorite art books is Images of a Revolution, a oversized if slim volume on the murals of revolutionary Mozambique. It was published in 1983 by the Zimbabwe Publishing House, who were featured in last week’s blog post (HERE). I found this book years back tucked into the used art section at Moe’s in Berkeley, which is usually really picked over, but this is a real gem. I had no idea it even existed, and hits a total trifecta of my interests: Africa, politics, and street art. It was an especially great find as now it’s hard to find a copy anywhere for less that $50-$100! Hopefully someone will unearth a case of them at some point soon and flood the market, making it cheap again, because it’s a fabulous book. The main essay in the book is titled “The Murals of Maputo” and is by Albie Sachs. Sachs was a member of the ANC in exile in Mozambique, so he was uniquely perched to comment on the flowering of political art and culture in Mozambique in relation to the broader liberation movement in Southern Africa. The essay discusses the placement of this series of murals in the center of Maputo to document and celebrate the revolution, but more important contextualizes the murals, talking about the intersection of art and politics in the entire region. In my limited conversations with artists in South Africa working at the time, I’ve heard that this essay was extremely influential, and functioned in part as a statement of the ANC’s policy towards art. I love the claustrophobia the design produces—the sense that your face is slammed right up against the walls. While I can see how it might be frustrating to some, it seems so fundamental to the experience of reading the book. Even the title pages at the beginning are bursting, the words barely fit on the paper. But part of the claustrophobic feeling is physical. The binding is extremely tight, and that combined with the full bleeds leads to the sense that somehow the contents are simultaneously hard to get at and bursting off the page. The only downside is that we rarely get a view of the murals in their entirety or context, instead always seeing them in pieces. The design was done by David King, the British leftist designer (I believe an unaligned Trotskyist) best known for designing (and often editing) a collection of books about the art, graphics, and culture of the Soviet Union. He also did a fair amount of book cover design for Penguin in the 1970s, as well as designing the controversial cover for the UK edition of Jimi Hendrix’s album Electric Ladyland!

King is one of my favorite designers (whose book cover work I will be featuring in a series of blog posts later this year), and this book has many of the hallmarks of his touch: bold horizontal lines framing the images and text, slab sans serif type for titles, and an overall high-density of text and imagery. I usually like to have nice, clean, flat scans here, but to open this book flat would be to destroy it—completely burst it apart—so I did my best with cell phone pictures. They also might give a better feel for the experience of reading the book. One of the mural artists featured in the book is Malangatana Valente Nguenha, one of Southern Africa’s most revered painters. We featured him in Signal:02 here.