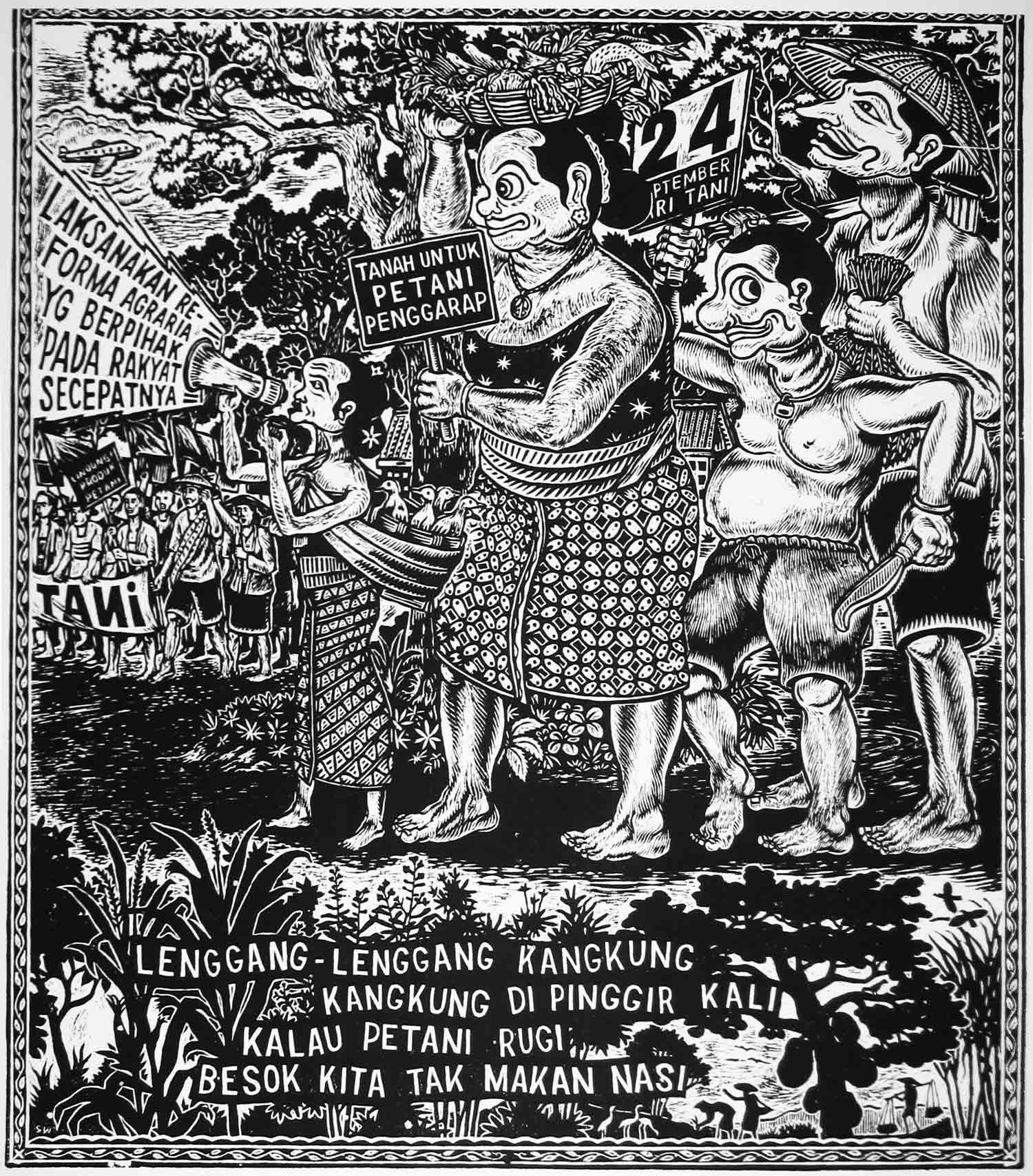 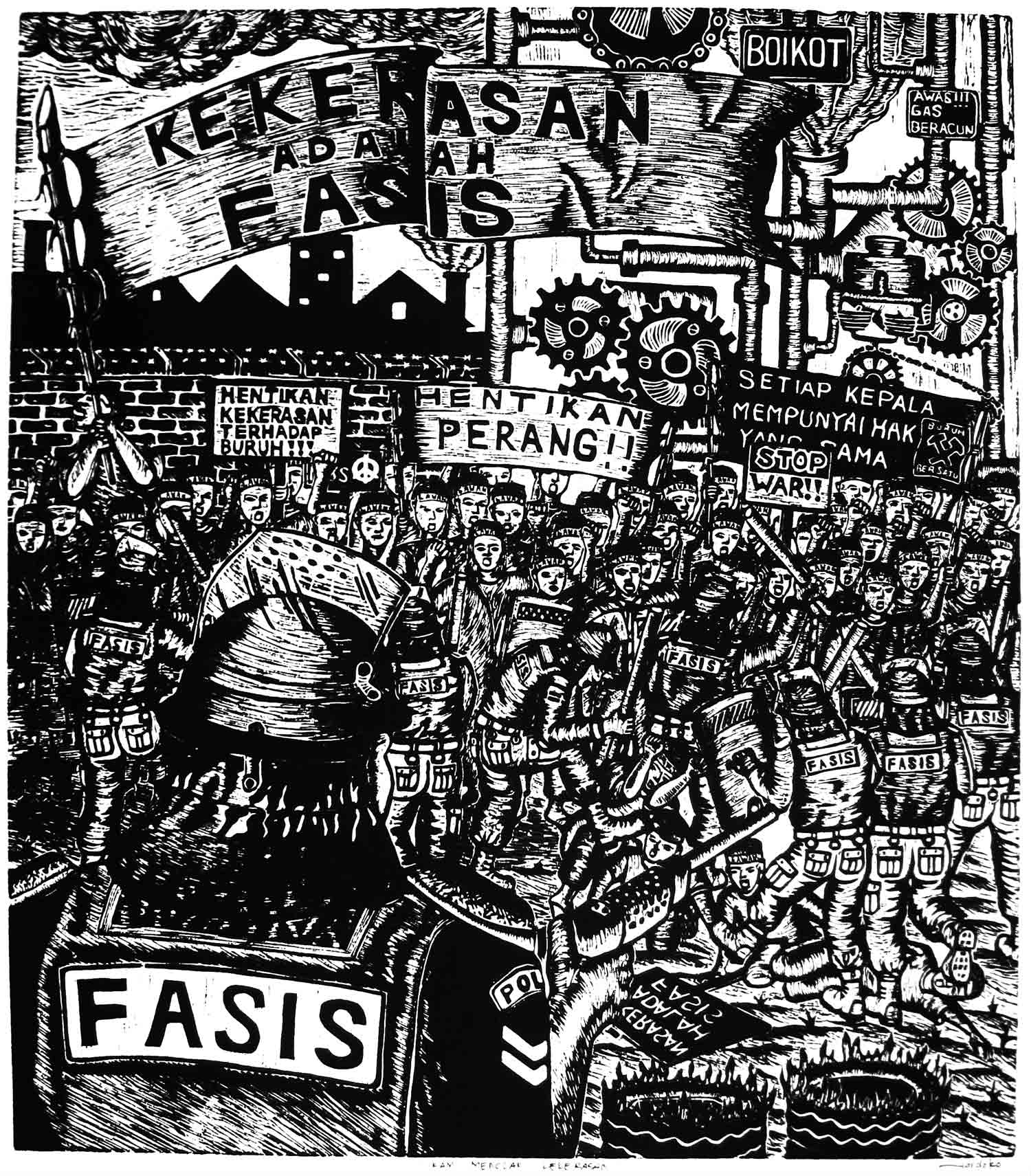 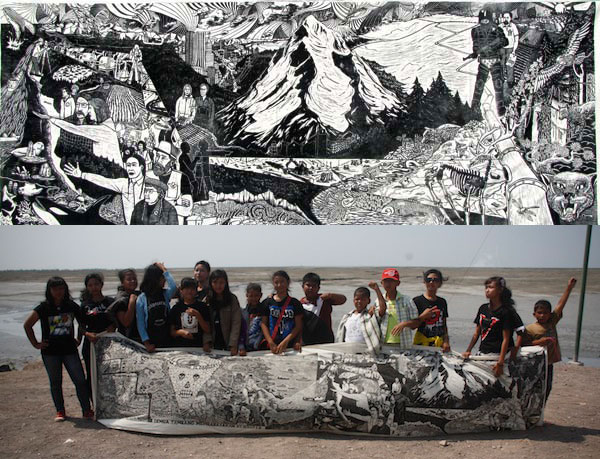 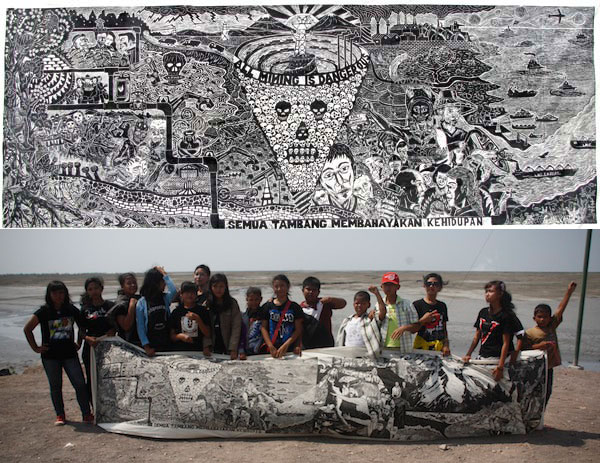 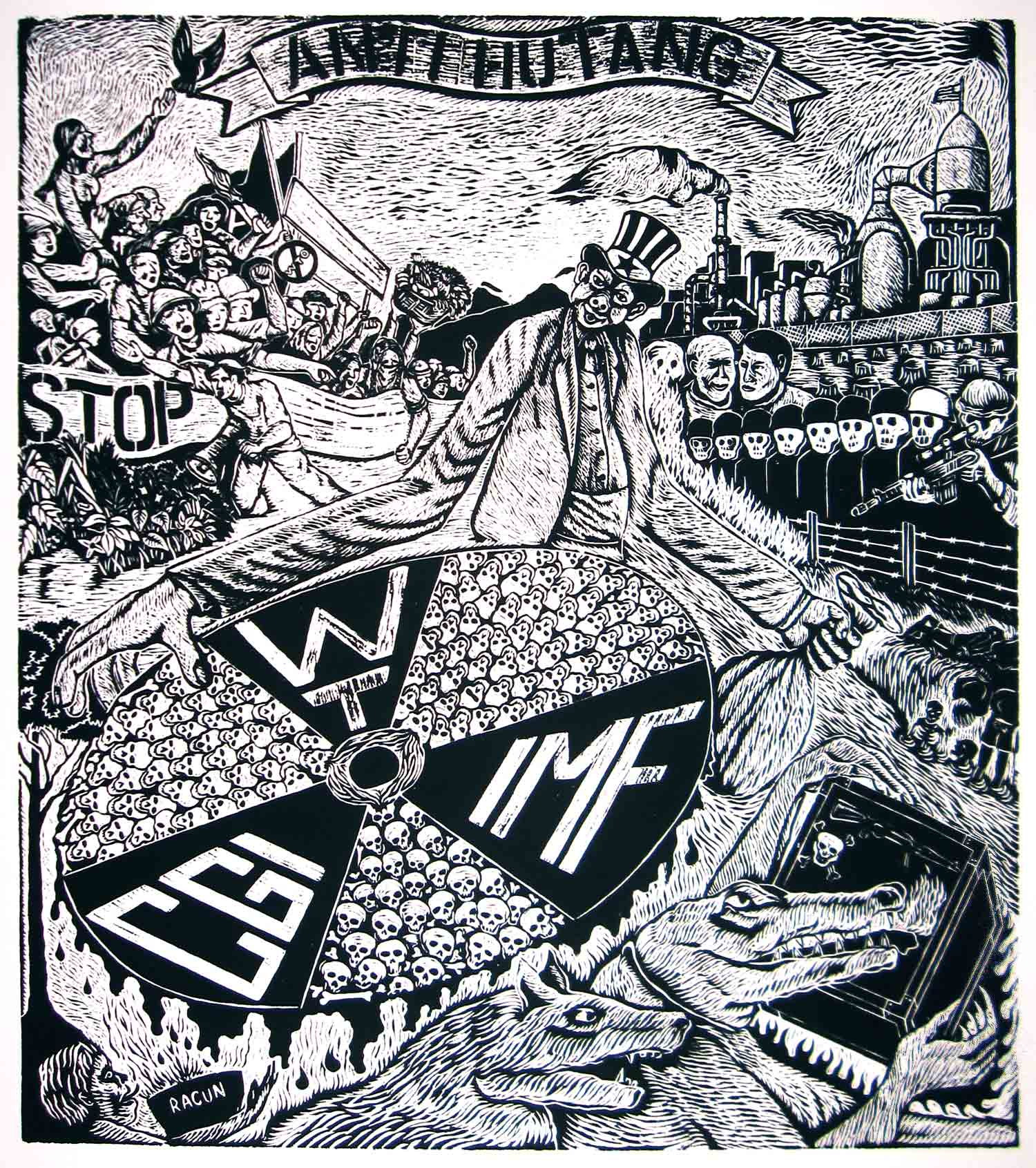 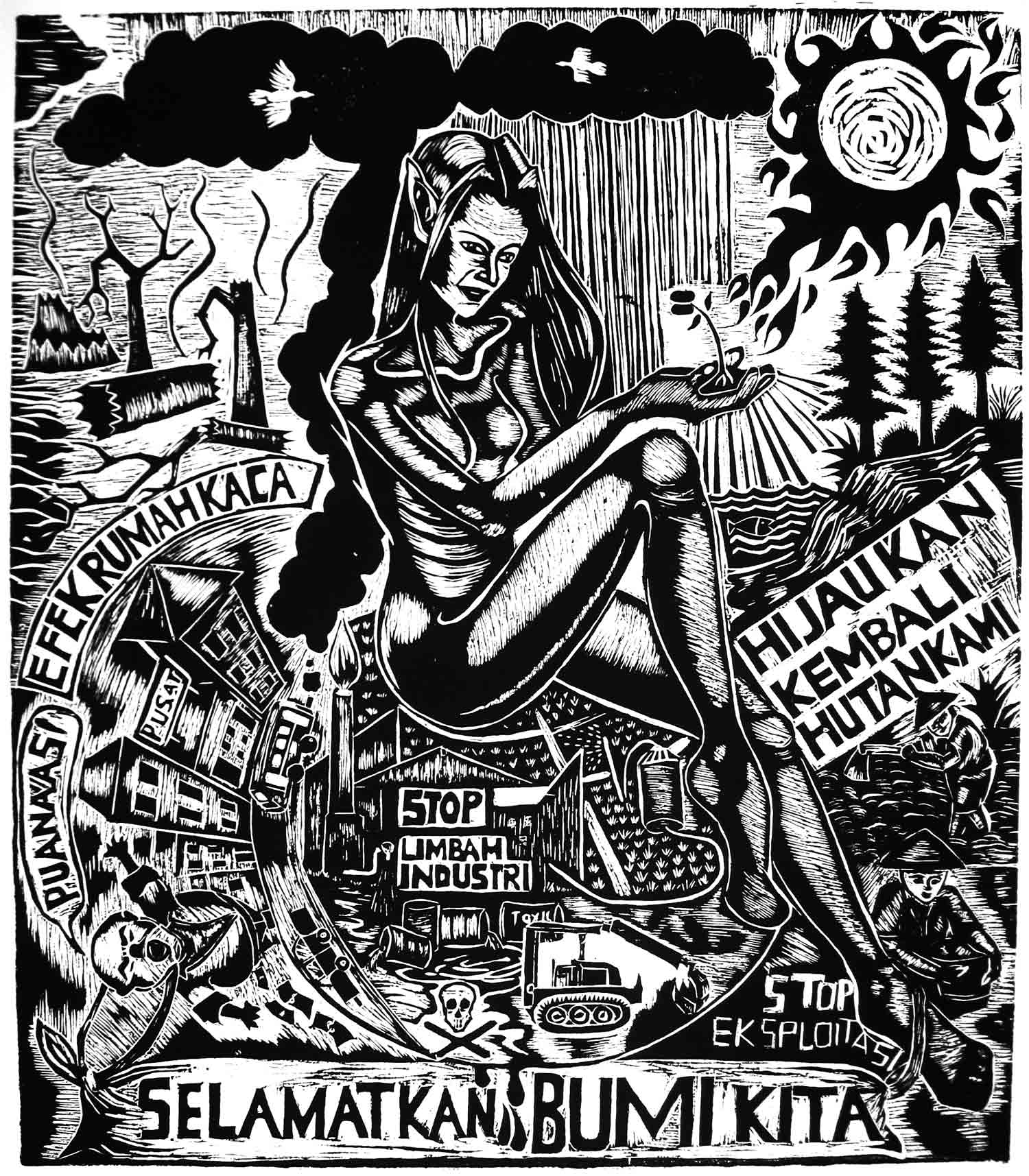 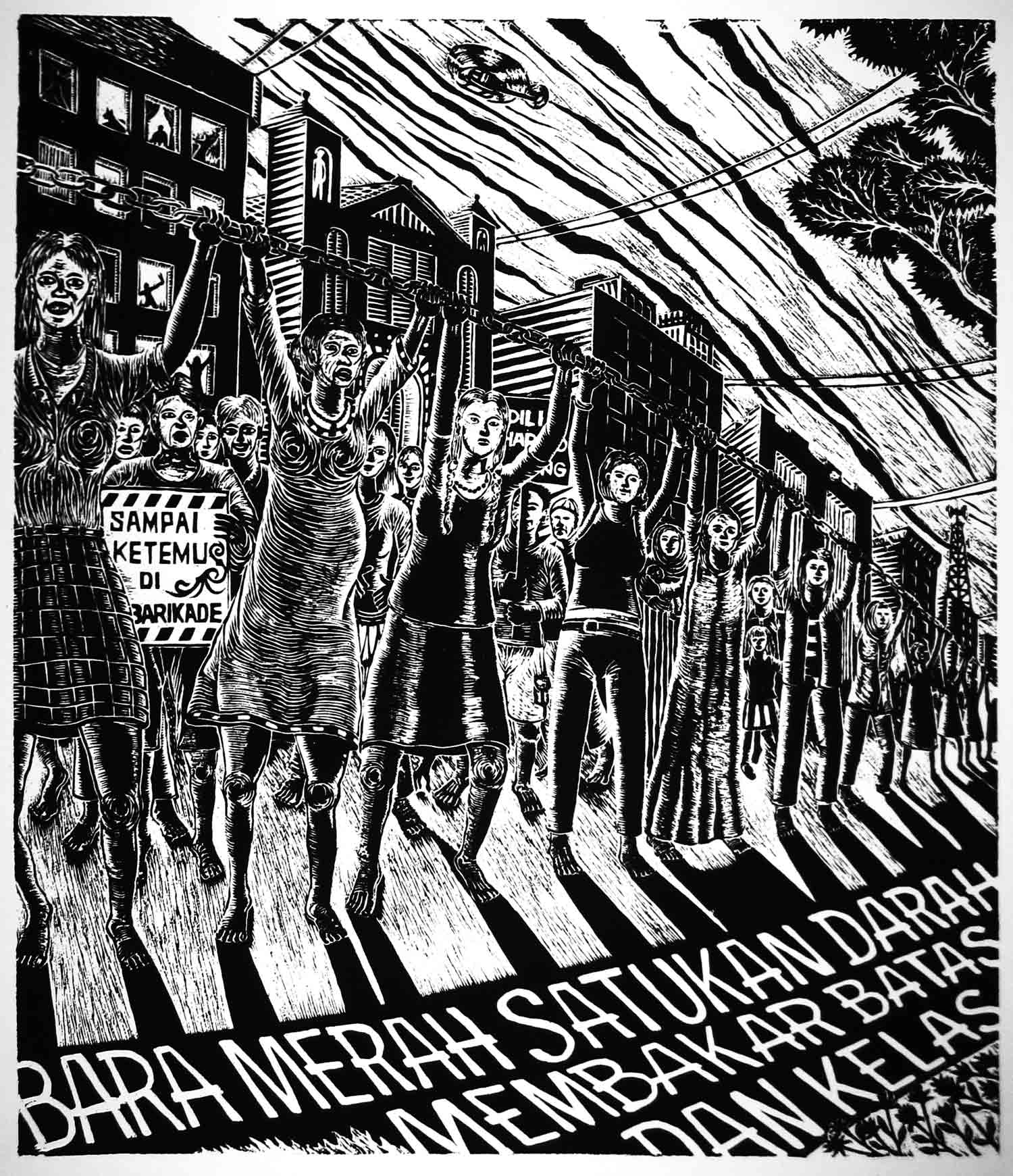 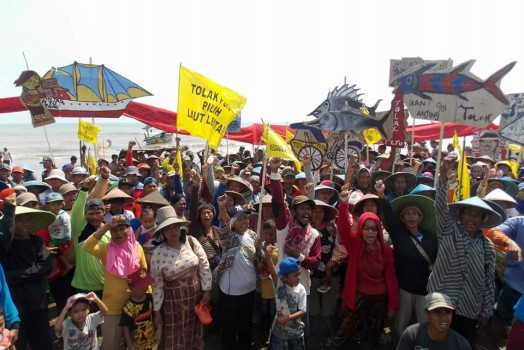 Back in Yogyakarta with Taring Padi

Greetings from Yogyakarta, a burgeoning city on the island of Java in Indonesia. I’m here to visit friends in the Indonesian political printmaking collective Taring Padi, legendary agitators in graphic… 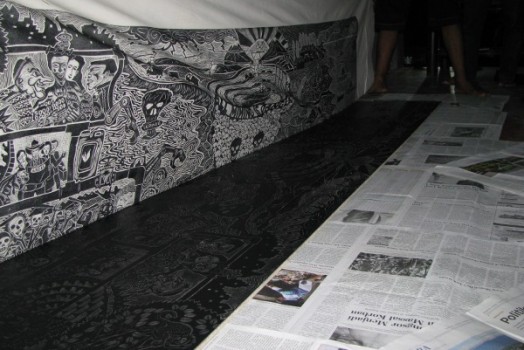 Here’s a little photo essay showing the printing process used by Indonesian print cooperative Taring Padi, including images from all stages of the process, from sketching to carving to printing….

I’ve recently returned from six weeks traveling in Indonesia, during which I spent a week with the artists of the Taring Padi cooperative in Yogyakarta, Central Java. I’ll be posting…

Take a look at some of these photos of the printing session we had yesterday in rainy Portland. People came over to help jump up and down on the giant… 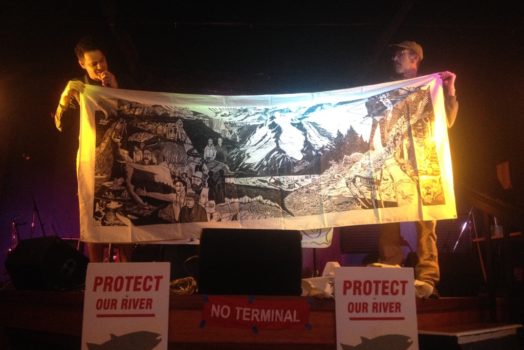 No LNG: Victory in Astoria and beyond!

Last weekend I went to Astoria, a small city at the mouth of the Columbia River, for a party celebrating what seems like a final victory over the forces that… 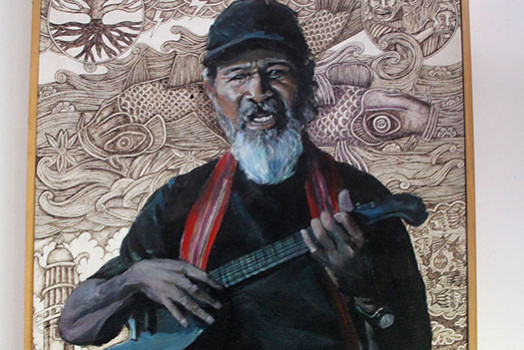 Colleagues in Taring Padi, the amazing Indonesian political art group that I recently spent some time with, produced a calendar a couple of years ago featuring beautiful paintings of 6… 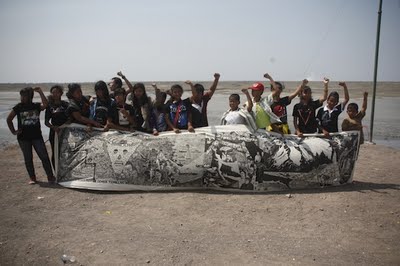 The two big blockprints from the We Agree project are finally available today in the Justseeds store; one made by three Justseeds artists, and the other by the Taring Padi… 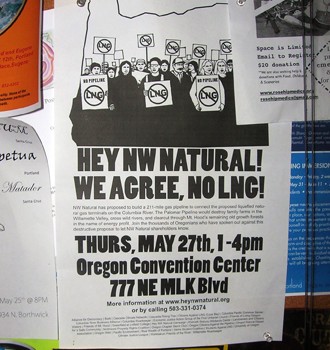 Making Images for a Campaign: Bark

Bark is an Oregon-based environmental group that is primarily concerned with preserving and protecting the wild areas around Mount Hood. Roger Peet, Pete Yahnke, and I partnered up with Bark…

Our friend Mazatl is helping put on a show in Mexico City of prints by the Indonesian printmaking collective Taring Padi. Here’s the info and flyer. Sorry, Spanish only…. Exposicion…

This Friday September 12, Justseeds is part of a one night art show at Liberty Hall in Portland. This show should be good, the walls will be filled with the…

Our colleagues and collaborators in Taring Padi, the legendary Indonesian printmaking cooperative, have recently completed a series of actions and performances marking the 8th anniversary of the Lapindo mud disaster…