I have been asked several times about the use of cats in my artwork and so I now present a succinct explanation of why I am not simply obsessed with cats and instead am very intentionally choosing to use cats to represent ideas of social change. On a very basic level, cats are free of dog-ma. Also, using animals rather than people as the central figures in a piece allows for a more open interpretation of who is being represented. When images of people are used in artwork, it’s easy to attribute a specific ethnicity, age, gender, sexual identity, or other cultural associations to the person in the image. Through the use of animals, all these identities are vague, and the reader can instead allow themselves to be transported into the activities being presented in a fantastical and playful way.

The first time that I created an image that had anthropomorphic cats in a print was in a print called, “Safe Sex Is Hot”. This was a print that I created to accompany safe sex kits which were given out as a part of a peer health project. I chose cats in this instance to in part because of the subtle allusion to female sexuality. The cats in the print were actually meant to be gender ambiguous, so that they could be the same gender as one another, or of different genders. By being vague in their identity, I hoped to reclaim and deconstruct the association of cats as being related to a specific gender.
Cats appear as subjects in artwork among the oldest surviving art in the world. Some of the oldest cave paintings in the world are over 30,000 years old and are found in Chauvet Cave in the valley of the Ardeche River in France, where there are images of wild cats on the walls. In ancient Egypt, cats were highly revered. There was an Egyptian feline goddess called Bastet who was worshipped as early as 2890 BC. Cats also have a long history of being associated with social change, anarchy, and spirituality. The IWW (International Workers of the World) have a black cat in their icon. Black cats have also been depicted accompanying witches in their spiritual practices. Anarchists have often claimed the black cat as a symbol for anarchy. Overall, cats have been thought to hold a great deal of power and mystique. Cats are commonly perceived as having a duality in their personality- they can be loving and sweet to humans, but also fiercely independent. Though we have domesticated cats and dogs, dogs have genetically evolved to more directly serve humans through their companionship, which we seem unable to do with cats. We can’t make them follow our orders, but we do find comfort in one another’s company. There is a certain cooperation that exists between humans and cats- they kill the mice and we feed them.
In light of all these ideas, their fur is very soft and they can be simply spellcasting in their beauty can be for those of us who are not allergic to them. I believe cats hold a sort of anarchistic spirit in the natural world. With so much meaning and symbolism associated with cats, I’ve found myself drawn to use them to promote ideas of mutual aid and cooperation. 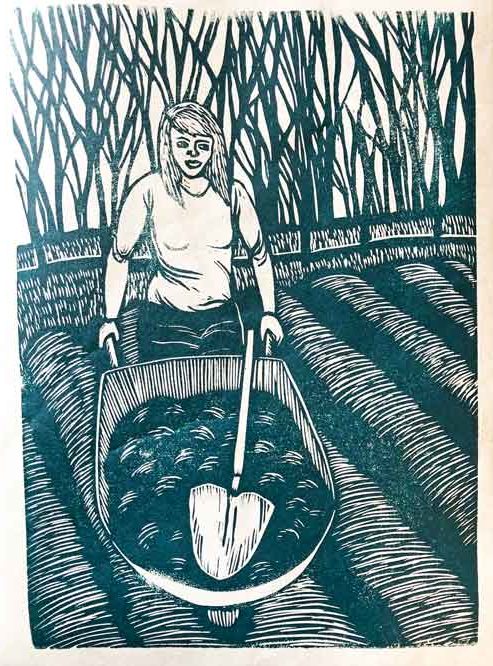 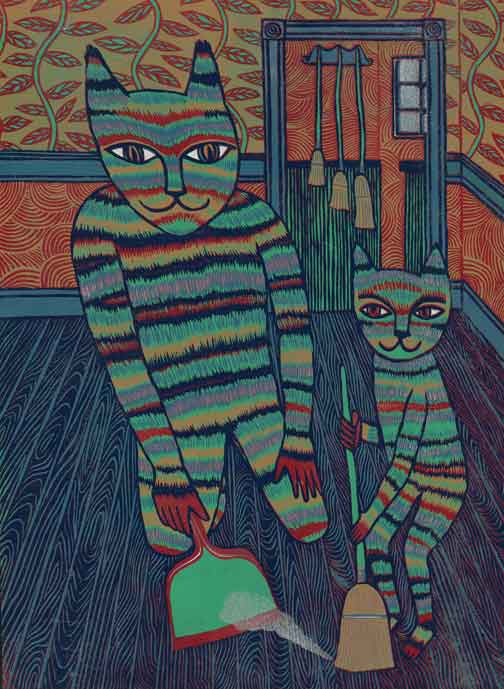 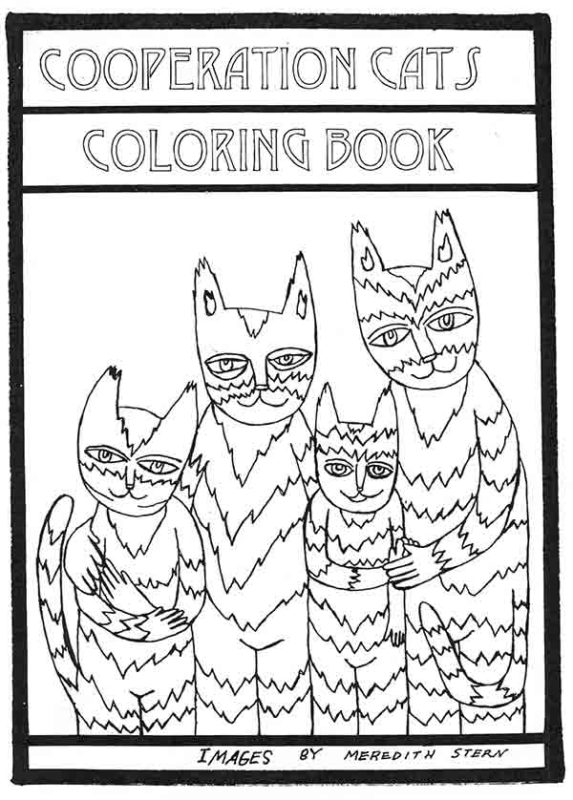 Meredith Stern
Publication
Out of Stock
Create a new list