Grand Theft Auto, the video game that has drawn so much criticism for allegedly including sexually explicit scenes and for, in general promoting criminal behavior and sexist ideas (read more here) has been engaging in a bit of “guerilla marketing” in New York.
Putting these stickers on the gritty telephone poles of the city gives the product instant street cred…. Since I find the game pretty sexist, and since I hate it when corporate interests invade street art I decided to take a little guerilla counter action….
I’m just angry to see and AD dressed up like street art. Street artists give away art for free—they spend their money and time making art and making the streets a fun exciting place and don’t get a penny in return. These people want you to buy something and I resent having my mental space invaded by advertising when I’m walking around looking for interesting street art. If you want to put up an ad PAY someone for the space like everyone else. Otherwise I will mock you. And other people might too. It’s a jungle out there.

Low-tech DIY campaigns like this one are small acts of refusal. Although folks might argue about how “effective” they are, they at least help transform the person who does them from a consumer/spectator to a producer and participant, and that’s worth a lot. Thanks Susan! Full story and downloadable image file here.

very nice. this game also pisses me off very much. thanks for doing this. what a great example of how easy street art can be. keep it up.

Yeah, it annoys the crap outta me. If the sticker laws in NYC (ones holding the business, website, organization responsible for damage to surfaces, etc) were applied to those damn GTA stickers and ads, I would not weep.
Its a similiar issue to the recent issues with the Ecko “Getting Up” event, Im much more interested in the preservation of individual free speech rights, and not some corporate sponsored event.

Remember it’s just a game. Non explicit sexual scenes are available without thorough hacking being involved. I can understand your position against ads masked as street art but this game is not the problem of criminality in the world. It’s fiction and therefore should not be taken seriously.

Rockstar thanks you for your promotional contribution.

I am not promoting the game. I don’t own it and have no intention on doing so. Individuals should be mature enough to distinguish fiction and reality and everyone should have the right to choose what they play. What’s wrong with sex? The game is rated mature so no child should have access to it (although the ohh so explicit polygons having sex are not available if you do not alter the code of the game). It’s the parents duty to inform themselves about the contents of a game they’ll buy for their kids.
By the way, sex is pleasant (real one) and fictional violence is distressing though your religion might have closed your mind to these possibilities.
I find your guerilla counter action great, I love the sticker design and think people must be able to express their feelings as well as create what they want (a violent game, for example) and none of these actions should be banned.
A final note: Street art is a crime, and you are using it to take action against fictional crime…

first, it is not an act of liberation to preserve the right and freedom for multi-billion dollar corporations to peddle violent, sexist and all around fucked up crap to youth. we are not dealing with a “free” market of video games. the video game industry and the entire culture industry is monopolized and dominated by sexist, racist, and classist products such as this video game. that is a major reason for why we are such a classist, racist, and sexist society. I object to this game because it promotes violence among black and latino communities, because it objectifies and promotes violence against women and because it is glorifying the “ghetto” culture of violence, drugs and other bullshit that have been keeping us down for so damn long. its been a long time since ive seen some positive images of working class communities of color. i guess thats just not what sells (but that doesnt mean we should settle for the shrink wrapped culture we find on the sales rack ).
two, free speech is not protected by safeguarding the rights of corporations to advertise and sell crap. corporations are overwhelmingly authoritarian organizations. they do not empower. infact, they disempower, marginalize and disenfranchise a large part of society. they also have the law on their side because they can afford to purchase it. they can purchase the law by purchasing the right to advertise on the streets, skies, tv, radio… everywhere. (while the rest of s who arent so rich get ticketed or can even serve time for posting our own ideas on the street.) Capitalism does not mean freedom. it means power for a few at theexpernse of meany.
three. this whole “you should be mature enough to distinguish fiction from reality” doesnt cut it for me. video games indoctrinate us with values and ideas through our subconscious. youth are exceptionally suseptible to this kind of indoctrination. having had friends killed or seriously injured by gang violence, having experienced drive bys on my way home from the school bus, i get really sick when i see my little cousins come home from school (ignore their home work) and run to play grand theft auto. I want my family and community to be exposed to more positive culture that will help us stop the cycle of violence that has us killing each other, that keeps us oppressed.
four. you cant just blame the parents. a lot of youth, like myself, come from single parent house holds. single parent mothers cant always keep food on the table and watch to make sure your growing up right too. even if you have two parents, if your poor, there isnt much luck your going to get enough attention.
so, since tv’s are raising our kids, we either gotta start challenging corporate games like these or we gotta get our kids off that idiot box and find them another source of cultural activity. this doesnt mean government censorship. this means a popular cultural movement that can challenge and out do the dominant culture industry.
sorry for the long rant. i just really hate that game.

vato expresses a lot of my feelings on the subject!
THANKS!

wow… vato you’ve managed to change my point of view, though I think it’s not what children (and adults) see (violence, sexism…) but how they see it (with a critic and objective point of view) and what they learn from it. It’s all a matter of how they’re educated. Everyone sees real violence in TV or fictional violence in movies and from my experience only a few get influenced negatively by it.
But maybe were talking about different cultures, being the possesion of weapons a right in america and prohibited in europe (i’m european). Kids are differently influenced here and there so whilst I might think a child can be as objective as an adult when well educated here it might not be so there.
You can’t hide violence or sexism but show it and teach the immoral aspects of them.
Another point I’d like to make is that games and comics are NOT for kids, at least most of them. Whilst in america they’ve always been associated to children it’s the other way round in japan and all videogame machines are japanese. I know you can’t buy mature-rated games in the states so it’s clear parents buy their kids games so they should inform themselves or not buy them. I understand it is difficult for a single mother to educate her son/daughter having to work all day but not only do parents educate but also school and society in general. It might be a problem of how society focuses violence.
It’s great that you fight against this game but as vato says it won’t do anything against major corporates that can go over the law. Maybe the problem is capitalism and not that game…
Molly: My sex comment was because of all the fuss they’re making about the hot coffee mod. I can’t see what’s wrong with it as sex is not sexist.

I think it’s a great sticker for those that take time to read the tattoo-script font. But as you probably know, most people visually identify logos and text without actually taking time to read individual letters. Once somebody has seen the real logo somewhere, they just recognize it on the street by quickly visually scanning it. This enhances what the marketing world calls “recall” and keeps the brand fresh in the mind. I would argue that your sticker is so subtle, you’re simply enhancing the recall. However, subtle is cool 🙂

its a game get over it you losers 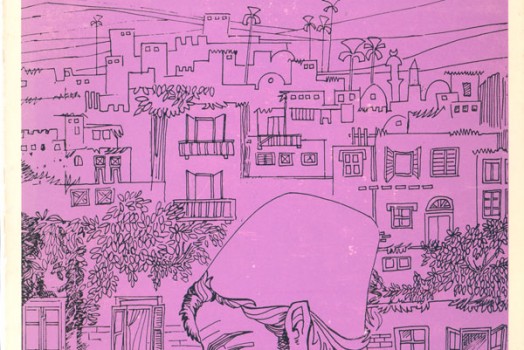 Back in November 2013 I did a post on the cover designs of the American University in Cairo’s Modern Arabic Writing series circa 1990s (you can see it HERE). I… 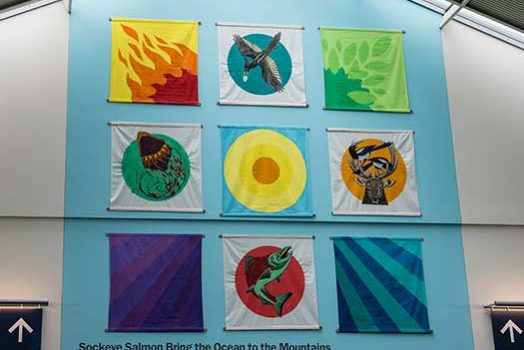 I recently completed the 11th in the ongoing series of murals about endangered species that I coordinate, and this one is a bit out of the ordinary- it’s installed in…

Quote of the Day

This is a few weeks old by now, but fi5e’s comments on the city’s anti-graffiti campaign are probably the best I’ve read anywhere: I was just reading the website for… 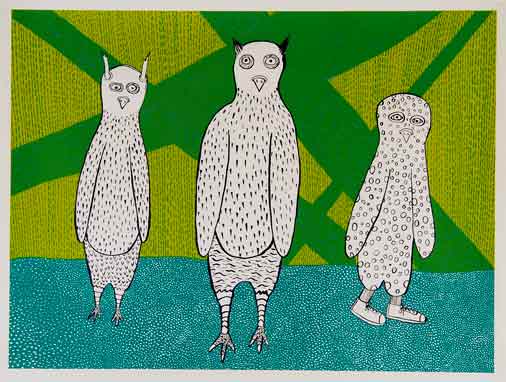 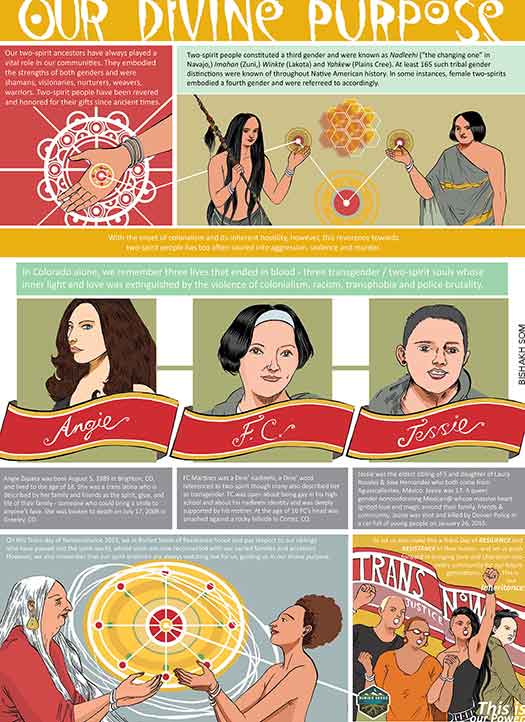