It is my hope that we can find an artist to create a logo and/or other images to be incorporated into a poster, website and other educational and organizing materials. Its important to create an imagine that represents the Green Scare and feels inclusive to people outside of the animal and environmental rights movements because this is not just about animals and trees, it is about the criminalization of dissent in the name of corporate profits. It is also about creating a culture of fear by calling everyone and everything a terrorist.

Read below for more about the AETA, and for contact information.

ABOUT THE ANIMAL ENTERPRISE TERRORISM ACT (AETA)
In November 2006, Congress passed and the President signed into law the AETA. Proponents of the bill, including animal-exploiting industry groups, corporations and the politicians that represent them, pushed for the passage of AETA ostensibly to crack down on violent animal and environmental rights extremists—even though there has not been a single injury or death caused by anyone involved in an animal or environmental action. The bill criminalizes legal, constitutionally-protected activity in order to silence political dissent targeting animal/natural resource-abusing industries.
The AETA:
* sweeps up free speech activities such as boycotts, whistle blowing, protests, media campaigning, picketing, audio/video recording, or any other activity that “interferes” with the operation of an “animal enterprise” resulting in a loss of profits.
* singles out animal and eco-activists for exceptionally harsh penalties based solely on political ideology.
* is not needed to curb violent actions; federal and state laws already protect corporations from criminal activity.
* was designed to eliminate the threat that effective activism poses to the profits and power of the animal and natural resource industries,.
* is so vague in its language that it could be used to criminalize anyone protesting the activities of an animal enterprise, which could impact labor unions, community groups, health organizations and social and economic justice movements.
* does not provide an exception for those engaged in labor disputes which is contrary to established law.
We believe that this threat to free speech is part of a larger effort by corporate interests to use the terrorism label to constrain social activism.

Write Lauren Melodia if you are interested in working on designs for the campaign, and discussing compensation for any work rendered.
Join CCR in the Coalition to Abolish the AETA. Take action to protect your right to dissent.

The Center for Constitutional Rights is dedicated to advancing and protecting the rights guaranteed by the United States Constitution and the Universal Declaration of Human Rights. Founded in 1966 by attorneys who represented civil rights movements in the South, CCR is a non-profit legal and educational organization committed to the creative use of law as a positive force for social change. 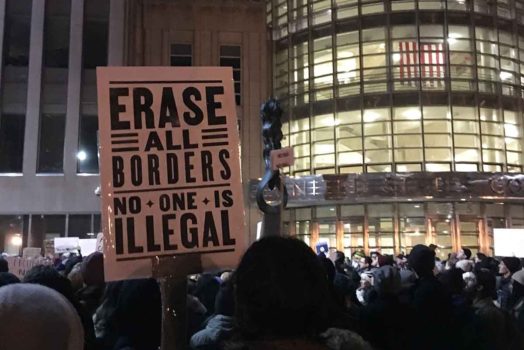 Really inspired by the emergency demos against the Muslim Ban all around Turtle Island today. Even more excited to see some of the materials from our Inaugurating Resistance Propaganda party… 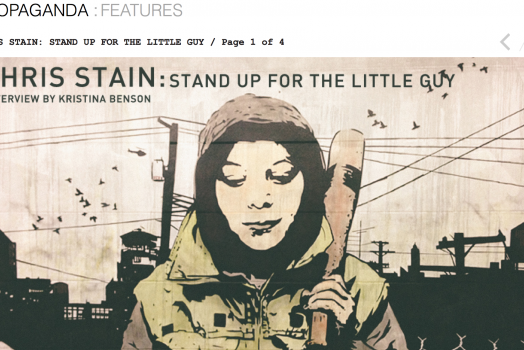 Chris Stain grew up writing graffiti in his hometown of Baltimore, and kept at it in spite of a handful of arrests… 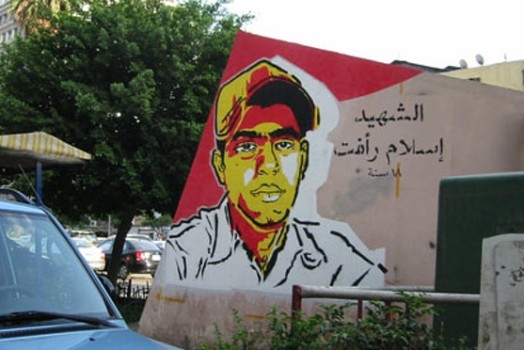 Ganzeer, an Egyptian artist, is featured in an interesting article from the Guardian a couple of weeks back: Egypt’s uprising brings DIY spirit out on to the streets “…in Tahrir… 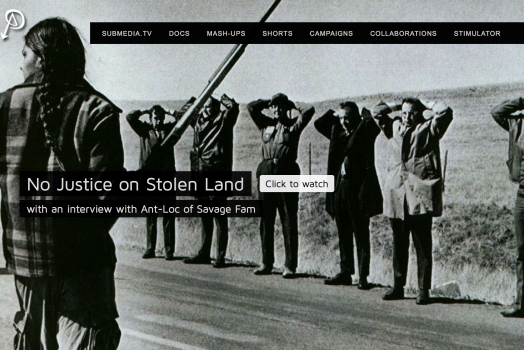 No Justice on Stolen Land from subMedia.tv

The latest from the stimulator! 2015 wrapped up with a bang, with dozens of militant actions carried out by anarchists under the banner of “Black December.” In Turkey, aspiring Fuhrer,…