Over the past year I had the privilege of leading a team of fellow veteran artists in curating and organizing the first ever National Veterans Art Museum Triennial & Veteran Art Summit. The NVAM Triennial and Summit explores a century of war and survival while challenging the perception that war is something only those who have served in the military can comprehend. Throughout history, art has provided a frame to create meaning out of the complicated experience of war, seek justice and imagine reconciliation. The Triennial draws on this history to connect today’s veteran artists with the history of veteran creative practices and their impact on society over the past century. The Triennial exhibition openings coincided with the Veteran Art Summit, a series of presentations, workshops, panels, and discussions held May 3 – 5 at the Chicago Cultural Center, DePaul Art Museum, and National Veterans Art Museum.

Lori Waxman did a great job capturing the intention of the Triennial in a review for the Chicago Tribune. What follows is her review in full.

Memorial Day has come and gone again. As the nation watches actions unfold that might plunge the United States into yet another war, this time with Iran, the rest of us might do well to visit “On War & Survival,” the inaugural National Veterans Art Museum Triennial.

The NVAM Triennial is unusual amid the more than two hundred art and design expositions that recur every two, three, or five years around the globe, most of them limited by geography, medium, or curatorial theme. It’s distinct, too, in having been organized as much for veteran artists themselves as for the general art viewing public. Veterans are a marginalized group in the United States, veteran artists a minority among them, often entirely unknown to one another. This new Triennial — consisting of six exhibitions, on view at the Chicago Cultural Center, DePaul Art Museum and NVAM, plus a three-day summit of meetings and performances that was held on opening weekend — offers them a profoundly understanding and welcoming home.

Who are they? The ceramicists, photographers, sculptors and painters whose works are on view are as diverse as the people who fill the ranks of the military. The Triennial’s organizers, a team led by veteran artist-activist Aaron Hughes, made a selection that feels representative in terms of biography and depicted experience, from Ulysses Marshall’s raw picture of an orphaned Vietnamese girl flanked by teary-eyed black soldiers; to Jessica Putnam-Phillips’s decorative china, featuring portraits of servicewomen armed to the teeth, in pretty colors that coordinate with the platters’ floral patterns; to Eric J. Garcia’s scathing videogame about recruitment strategies and post-service treatment of Latinos. Though most of the exhibition artists are not well known, a few are downright famous, including Jacob Lawrence (Coast Guard, WWII), H.C. Westermann (Marine Corps, WWII) and Jasper Johns (Army, Korean War). A highlight of the entire show is famed minimalist Robert Morris’s wall-sized charcoal drawing of a firestorm, the kind that raged during the bombing of Dresden, a dozen skeletons barley legible amid the infernal chaos. Wall texts include not just the usual data about artist and artwork, but also military service details.

Those of us who have not directly witnessed war need to see its violence, losses and traumas made tangible by those who have experienced it. Veteran art isn’t often enough presented outside of a context of art therapy, but displaying it for a civilian population, in art museums, insists on the urgency of its political and cultural implications. If not all of that art looks quite as sophisticated as one might expect to find in, say, the Whitney Biennial (currently on view in New York), it bears remembering that polished does not always equal profound.

“Making Meaning,” the Triennial’s core exhibit, mounted in the Chicago Rooms at the Cultural Center, surveys veteran art from World War I to the Global War on Terror. These works, tackling nightmares and suicide and civilian casualties front on, can be ruinously hard to look at. Leo McStravick’s “Falling Airman” seems a picturesque abstraction until a bleeding human form emerges, plunging toward the sea. Ken Hruby’s caustic “War Trophy,” a wooden sculpture of a leg from the knee down, the foot dirty and realistic, the rest mechanical and jointed, melds amputation and prosthesis. Jesse Albrecht’s trio of immense painted ceramic vessels turns the gallery into a cemetery of haunted tombstones, their pointy tops containing visions of rabid dogs and poisoned men within. Cross-generational pairings — like Vietnam vet Richard Olsen’s etching of three bound figures in a gun sight hung next to Iraq vet Amber Hoy’s grouping of nine paper targets, their shots getting ever tighter — resonate with a disheartening sense of déjà vu.

Downstairs, two adjacent exhibits dovetail significantly. “Veteran Movements,” a didactic presentation of timelines and ephemera, provides a crash course in the history of veteran social and political activism, from Native American rights to sexual assault awareness. “Convergence” features art projects that aim for change and reconciliation, some to the extent of partnering with NGOs like the Organization of Women’s Freedom in Iraq and Potters for Peace. Not to be missed is a room lined with unique stoneware cups handmade by Ehren Tool and decorated with bullet holes, skulls, American eagles, sandbags and chilling slogans. A fraction of the more than 21,000 cups Tool has made since 2001, the cups can’t be bought, only received in exchange for engaging in a conversation about war.

The Triennial’s most subtle show is on exhibit at NVAM. That’s the venue most frequented by veterans themselves, and in many ways “Open/Closed” feels like it was curated especially for them. The general public needs awareness of the horrors of war; vets have seen enough of it. The artists here are grappling with what comes in between and after and on the periphery. Karin Rodney-Haapala couples black-and-white photographs with journal entries detailing the challenges of her daily life, from a violent altercation with a woman who nearly ran over her son, to her compulsive need to check and recheck that she unplugged the iron; the images range from bleakly detailed (a study of the parking lot) to painfully witty (nine identical pix of the iron). Brandon Secrest’s sculpture and two-way image of a straight-backed wooden chair commingled with its steel silhouette suggests the metaphysical conundrum of a split self, in which it’s unclear if the halves are harming or supporting one another. Four exquisite trompe l’oeil paintings by James Razko, of cracked, missing and shot up Middle Eastern-style tiles, also map the effects of war onto the designed everyday environment. Yeon J. Yue, a member of the Korean Air Force — one of a handful of foreign vets included in the Triennial — offers intimate glimpses into the mundane family lives of the Americans he served alongside. Apart from the predominance of duffel bags and moving boxes, yellow ribbons and fatigues, his could be snapshots of any working-class home.

Perhaps the greatest irony of the Triennial is that most of the art on view would not exist if its makers had not gone to war. That’s obvious topically, of course, but it’s also true vocationally. Although a few of the included artists were studying art before they got called up, they’re the exception to the rule. The majority turned to art after their service, as Hughes explained to me: “Perhaps individuals like myself were interested in the arts but never saw it as a real option until it became a part of their survival, a way to reimagine a relationship to the world.” Indeed, the education benefits provided to vets through the G.I. Bill are how many vets can afford to pursue art degrees at the university level.

Instead of “War & Survival,” the Triennial might have been titled “Art & Survival.” 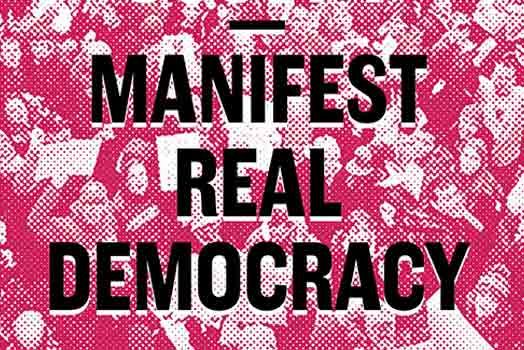 I am excited to announce, Autonomous Democracy, a new project focused on exploring the history of experiments in direct democracy within freedom movements. Over the course of the next year,… 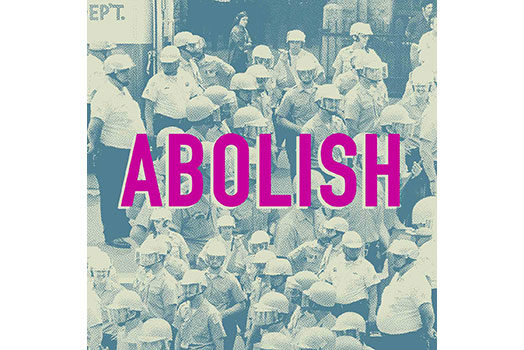 by Aaron Hughes
In the News 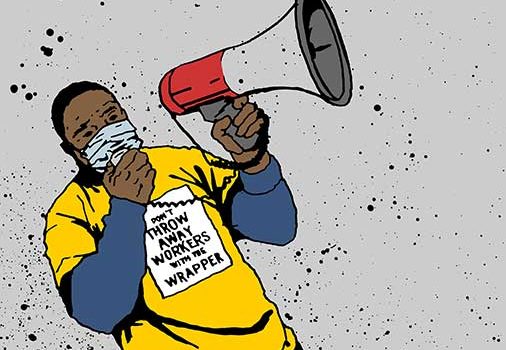 Food workers are essential workers! The COVID Jungle: Chicagoland’s Essential Food Workers and the Need for Vaccination Priority a new report released by the Chicago based Warehouse Workers for Justice…

We Are The Street Kids of Kabul. We Are Survivors.