Cristy c. Road is an illustrator who started making punk zines at the age of 14. Her drawings capture the beauty of people who defy traditional beauty standards. Whether she’s portraying the dystopian future or quiet moments of friendship, her work sticks in your head. On her website she says:

“I contribute work to ideas I vouch for and bands I dance to. Sometimes, I spend too much time thinking of the role of art in social change. One day, I decided illustration could take form of a weapon to dismiss exclusion. Then, I decided it could manifest into a tool that presents ideas in accesible and beautiful ways. In the end, I don’t think making some drawings or saying the right words maks us immune to being the oppressor…. Through some drawings, I’m trying to make imperfections shine.”

She’s one of our favorite artists, so we were excited to set up the following interview:
How did you get started making political art and what issues do you address in your art?

I think integrating political ideas into my drawings was just a natural progression, cause I’ve thought of art as my primary craft since puberty. Whatever affects my life is usually what’s represented in my art.
Ten years ago I was only doing art for fanzines and show flyers, the occasional spurt of, say, sexism and classism that affected me would pop up here and there in my drawings. However, as I grew up, I felt a lot more confident in discussing (visually) where I was coming from politically. For me, it took a lot of growth and healing to even talk about things like sexism and racism. And although I can’t say that three years ago, when my art became more strikingly political than it was in the past, I had healed from all repression that had pounded me in my life, I sure as hell had learned and strengthened from some of that pounding. Fighting for yourself and those around you is a lifelong challenge, but I feel that the initial year when I felt strong enough to talk about what constricted me while growing up was when I felt strong enough to make drawings about it.

In regards to issues I tackle, I think for a while I was really into focusing on making art about gender, feminism, and combating sexism. It depends on what’s happening around me. There was a while when I did a lot of art about Cuba, the US, and immigration policies. During the inauguration protests, I did a lot of drawings about Bush policies and how they’re all silent killers. Right now I’m gonna start working on a new zine/novel about teenagers, queerness, punk rock, and the latino community in Miami — so I’m gonna start pouring out drawings about that.
What/who are your inspirations?
Growing up I was really obsessed with all the bands I listened to and all the artists that persisted with them, or at least made art for them, and I think that that heavily influenced my aesthetic.

In that subcultural context I always really liked stuff by Fly, Evan Dorkin, Cometbus, Nikki Mcclure, and whoever drew all the covers for that band Grimple. Eventually, I realized that art I looked at outside of punk rock, both as a kid and now, was as beautiful and enlightening. And I think that a lot of those more accessible artists like Faith Ringgold, Ben Shahn, and Frida Kahlo, really triggered what I wanted to make art about. But I know there’s always room for growth and I think its really easy for me to totally fall in love with something new that could pull me in some inane direction.
What mediums do you use?
When I was fourteen I think I used to only work in black and white because the art in all the zines and records I liked was black and white, but eventually I also realized that I could get away with this cause its economically feasible. And hell knows I wasn’t the only artist in punk rock who felt this way. I always wanted my art to get out there, whether it be through zines or flyers or whatever, so black and white just made sense for a poor teenage girl with wicked photocopy-scamming abilities.

Now I draw with pens of various sizes. I think that’s why its really difficult for me to make art that’s bigger than 11×17. All my stuff is travel-sized, except it doesn’t suck like travel sized bathroom products. I ideally like coloring with pantone markers, but those fuckers are THREE DOLLARS EACH. They’re so amazing, but not very friendly to the economically disenfranchised.
I made these two books once and I wanted them to have a really raw appeal, so I made all the colors with with acrylic paint, all the shading with markers, and all the lines with pens. Some of them are in the 2003 section of my webpage and you can tell how less refined they are from my more recent stuff.
A year ago, I got a computer, which definitely lasts longer than a stupid marker, and I’ve been teaching myself how to do shading and coloring with photoshop and it doesn’t cost me anything. Sometimes I paint backgrounds with acrylic paint, scan them in, and impose them on the scanned line-drawing.
What’s the process for making your drawings?

It definitely depends on what I’m doing. However, I always start by making my friends model for me. I never draw from pictures that already exist — I usually make people pose doing ridiculous things and pay them back with breakfast. Each element in my drawings is from a different reference, then I just piece them together into one composition. I then add colors and shading either digitally or with markers and paint. I think whats really positive about doing stuff digitally is that making prints is really accessible, and I can make the art as public as possible.
How do you address your identities (feminist, queer, latina, punk, etc.) in your artwork?
At first, I was afraid of tackling too much in my art, because I felt one issue would be marginalized and it would come off as, you know, my “token piece on sex and feminism”, or my “token piece on Cuba”. At the same time, I felt, if anyone thought I was doing that, it would be a little awkward cause those are backgrounds that I identify with. But while my identities are things that I, and those around me, have to interact with everyday, I think that they aren’t going to persist with every single drawing I make because different battles affect me more or less at different times. Although making art that strictly defines these identities/struggles is important to me, I still like to make art in which the concept is neutral. However, its safe to say that my political identity is always gonna seep through one of my “neutral” drawings. For example, I did a drawing for the cover of MAXIMUMROCKNROLL the other day, and I just drew a bunch of kids hanging out playing music, but when choosing who I wanted to draw, I was pretty damn crazy about not everyone being male, not everyone being white, you know. Lately, reaching that inclusiveness in my art has been difficult, because I’ve been doing lots of work in small periods of time, and its mostly been work for projects I’m doing with other people. In the end though, that need for representing both my identity and the concept of inclusion through random ideas is always somehow generated.
What piece(s) are you most proud of?

That constantly changes, I think. But right now I really like the drawing of the cops that says “State Sanctioned Terrorism.”I had been working with other people on different projects for a long time, one of which was a record cover that had a drawing about cops on the back. So I really missed making art that had no particular use. And one day I just snapped when I heard about something that happened to a friend during a run-in with the popo, and I made that drawing and liked it.
You mentioned that you are interested in starting to make street art. What mediums? Do you have any ideas for pieces?
I think initially when I think of my art as street art, I think of wheat pasting iconic images. I really think its important to make political art accessible to people outside of the art bubble, or even the radical bubble. Leftist ideas aren’t that accessible to a lot of poor communities who comply with these ideas, and I think its important to realize that these images can positively affect people outside of our direct communities. However, lately I’ve been wanting to refine my stenciling abilities — all my friends do these wicked stencils and they’re all over Brooklyn and Philly and I get so inspired when I see them. They become so permanent and ingrained in the aesthetic of the town itself.
What is your favorite thing to do?

That’s the hardest question ever. So, right now I’m living off my artwork, so I’m financially stable and have all this free time — so I finally have the privilege to do things outside of working and crazy stupid things. Like having drawing/crafts parties, eating food all day, partying, being in groups that support sexual assault/rape survivors, having long talks about privilege, having long talks about sex, aimlessly exploring my crazy city, partying harder. I can’t have one favorite thing to do. I really like all those things.
For everything Cristy c. Road, check out http://croadcore.org
Subjects

Hello,
My name is Polina Zionts, Art Intern at In These Times Magazine. For the time being I am in charge of the selecting the exhibits or shows for Art Space section for our issue.
Please let me know if this is something you have any ideas for or know someone that may be interested and would like to participate please contact me at your earliest convenience. We are looking for political, progressive and activism related artwork.
If you have something specific in mind please send me a high-res image about the piece as well as any extra information that is not listed elsewhere that you would like published. We are going to press February 19 for our March issue. The deadline is tommorrow for next month, but I am searching for pieces for later issues as well.
Our circulation is 20,000 copies per issue, so we can offer you good exposure.
Thank you,
Polina Zionts
Art Intern
In These Times
2040 N Milwaukee Ave.
Chicago, IL 60647
phone (773) 772-0100
fax (773) 772-4180
http://www.inthesetimes.com/ 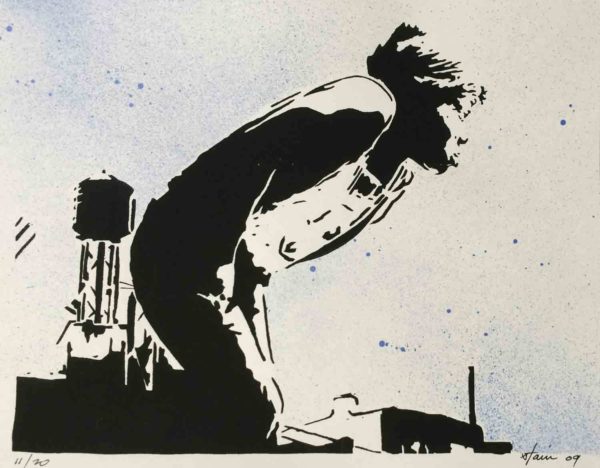 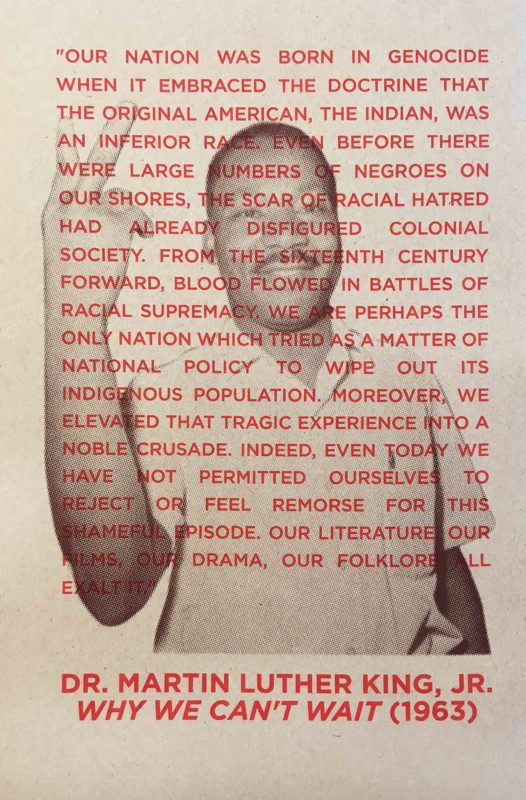 Why We Can’t Wait 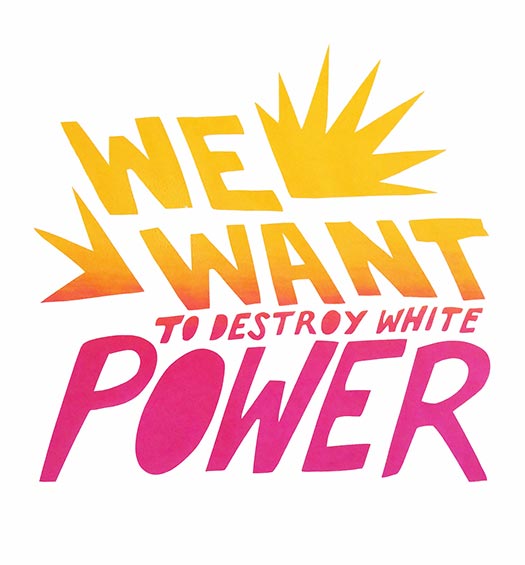