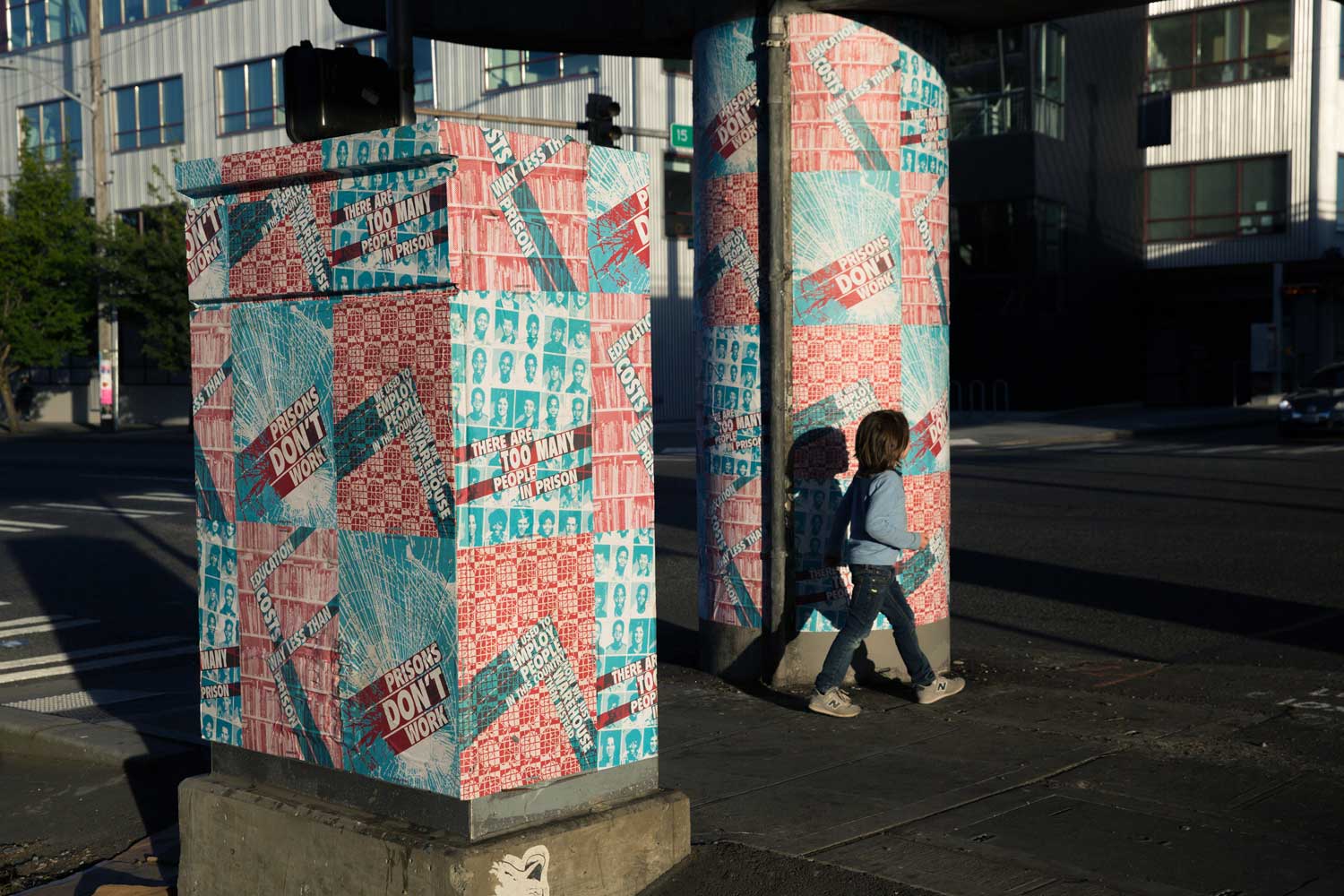 At the end of March I was contacted by Aaron Huey of the Amplifier Foundation about participating in a project he was putting together—an experiment in mass production and distribution of posters and propaganda questioning the current prison system. A couple different things attracted me to the project, including that he was working with other Justseeds artists (including Chip Thomas, Jess X. Chen, and Roger Peet) and that his audience was as broad as possible, not people that necessarily already agreed with any set of specifics about how the prison system should be reformed. He was working loosely with multiple organizations working on the group, but wasn’t tethered to them, and wanted to use the art work to build bridges between groups.

I jumped on board, and quickly reworked some of the designs I had produced as part of a project with Philadelphia Mural Arts called Beyond The Wall. These morphed into four posters that share a color palette, a focus on pattern, and bold, barred text exclaiming straightforward statements about the U.S. prison system. For me the statements are a beginning of a conversation about prisons, not a claim to political ends. One posters states, “There are Too Many People in Prison,” which is true, but only a small part of the story—a good follow-up poster might read, “One Person in Prison is Too Many.” “Prisons Don’t Work” is also a complicated slogan, as this is dependent on what perspective you are looking at it from. For racist policy makers, private prison corporation shareholders, and companies that use prison labor, prisons work just fine. In fact, they work exactly as they were intended to.

Amplifier wanted a hashtag on the posters, but I’m kind of old school, and I must admit that while I can see some short term attention-getting effects of hashtag activism, I’m not sure what role it plays in building sustainable movements. That said, I’m not against it either. But I couldn’t resist putting a set of four hashtags on each poster (#beyondprisons | #jobsnotjails | #schoolsnotprisons | #decarcerate), in hopes that the communities that feel connected to each one might see the others and begin to overlap more. The Amplifier Foundation printed up 1000 copies of each as 18″x24″ posters, and they are slowly starting to get distributed around the country. One of the goals is to get them up in the streets, which is also starting to happen, as you can see from the above and below photos. These are of a really great install in Seattle. I love how the patterning really comes out as the are tiled together—they were designed to be put up in clusters like this, and the individual images really only come alive in relationship to each other.

If you’re interested in helping put up posters, get in touch with the Amplifier Foundation. You can also download copies of the posters to print yourself, or rework and reuse, from here on the Justseeds site: Prisons Don’t Work | Education Costs Way Less Than Prison | There Are Too Many People in Prison | We Used to Employ People, Now We Warehouse Them

I’ve also pulled together four different stencil images and a design for an embroidered patch, so keep an eye out for those! 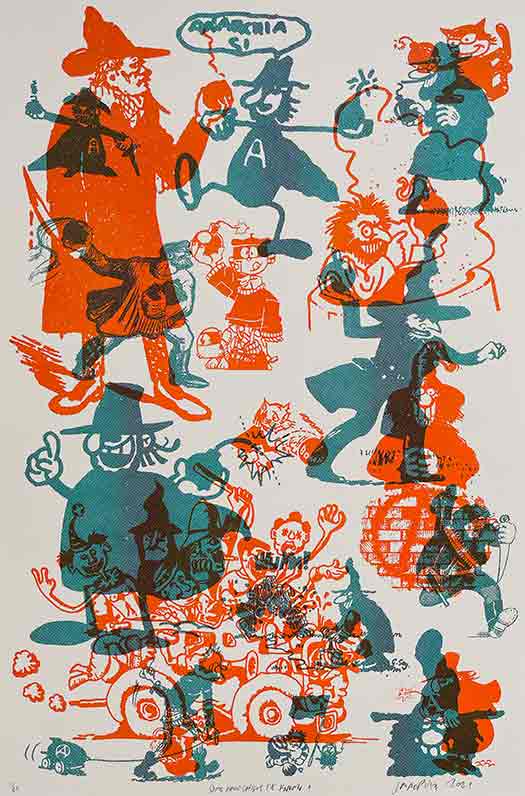