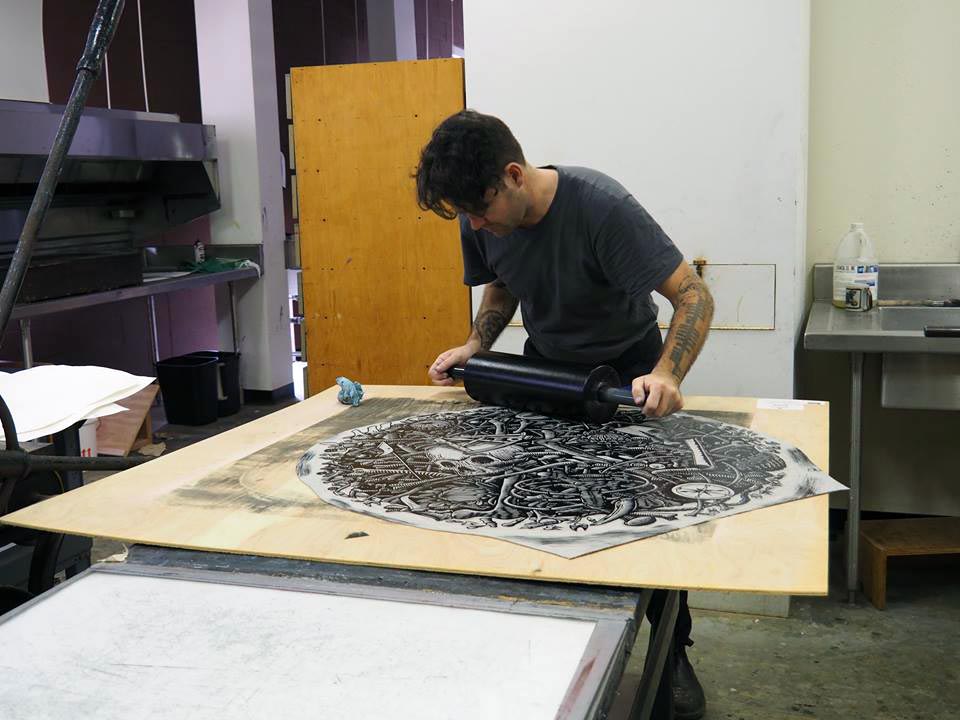 I spent a week in Nebraska earlier this month, as a guest artist at the University of Omaha, at the invitation of professor Jave Yoshimoto. I spent most of my time holed up in the school’s pleasant print studio, carving a big block, which was then printed with the help of printmaster Amy Haney and student helpers. It was a pleasure and an inspiration to be able to work on something this big, and to have access to a press big enough to print it. The print itself is something I’m planning to call “Things Left Behind”, an inventory of durable goods- tools that represent the advance of technical civilization and colonialism, things that I thought summed up certain aspects of how we relate to the world and the things that live on it. They include a sextant, a time-tested tool of marine navigation; a crucible, for melting metal; a toggle-head harpoon, for hunting large marine mammals; a compass; a key; some gears; a wood-peeling knife for removing the bark from felled trees, a piece of rope. I also included some natural history elements from deep time- a mammoth tooth, a saber-toothed cat tooth, a handful of meat-shearing carnassial teeth from big extinct cats. Lastly, a few Protea flowers- big beautiful blooms from South Africa, named by Linnaeus after the Greek God Proteus because of their enormous diversity.  Most photos by Jave. 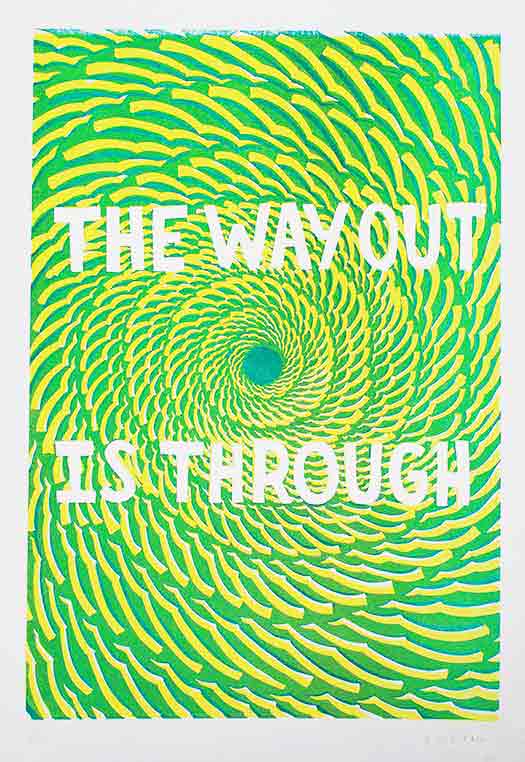