I’m a social worker for Children’s Protective Serives here in Pittsburgh PA. I’m also a fan of street art, going through the city, often to the roughest areas, I see a lot of it, some of it very good. The attached picture is one I spotted in Pittsburgh’s Hill District, formerly the place to go for jazz and good food, now one of the most blighted areas in the city. I noticed this tag a month ago. There’s no real technique to it, some guy with a can of spray paint and an unsteady hand slapped this on a crumbling wall and took off. The fact that they used bright orange for their color, and chose a street that cut right through the Hill, to the downtown theater and shopping districcts put a smile on my face. Soem will see this as a joke; some will see this as serious. I see this as a middle finger to the people who have turned a blind eye to the poison that is flooding our city, and being peddled by pubescent soldiers. I’ve been stopped more times than I can count by children trying to sell me any type of drug you can think of. It’s down today, a coat of red paint washed it away, and a couple more bricks have been knocked out of the wall inthe process. They took away the grafitti, but the kids that are trying to sell me heroin are still hard at work.

There’s an update on Todd’s flickr page that indicates that someone is making a campaign of identifying alleged crack houses as a way of shaming the dealers or the cops, or both. Reminds me of Dan Witz’s brilliant Black Hoodies marking heroin hotspots in the Lower East Side.
Check out Todd’s flickr for details and an interesting discussion, and browse around for some great pics of Pittsburgh street art. And, everyone, keep sending us tips and photos. Thanks!

I’ve seen the kind of graffiti Todd mentions a few times in my neighborhood in (mostly poor, definitely minority white) North Minneapolis. It’s pretty clear its intent is to shame someone, usually the owner of the house the tag is painted on. But about a month ago, leaving a N.Mpls coffeeshop where I’d been meeting with friends to plan the first annual Peace Games (cooperation and youth empowerment through art and sports), I spotted the attached graffiti. Just as crudely sprayed as Todd’s, but every bit as powerful (and I like the site-specificity of it). Another shot here.

this is some serious stuff dawg cuase its just wrong i tell u da story u no a brother (me) was ggonna buy some shiznit (crack as u may no) at this perticuler spot that u showed in yo pic so anyway i went ther cause it said to go and get it and ther was nobody at that “crack selling place”so this is disturbing !!!!!!!!!!! ohh and a special shout out to my g’s big balla,g maaaaynee,and go getta peace out my home slices (ps i repersent the getto acroos the world) mr. fawk aspareagas out

This past year I was in Ireland doing an artist in residence and teaching. I had the opportunity to work closely with many students including Arianna, a Mexican grad student…

The Kids Are Alright

Last week, some repulsive homophobic graffiti was spray-painted at a Michigan high school. Four righteous kids there decided to get proactive, and spray-painted the word “LOVE” over the slur —…

In the 70s and 80s there was an explosion of community and political printshops in the UK. One of the most active silkscreen poster shops was called the Poster Film-Collective….

For a while I’ve been doing illustrations for my friends punk band Antimaster. It has been really fun working with them and this time they asked if I could do… 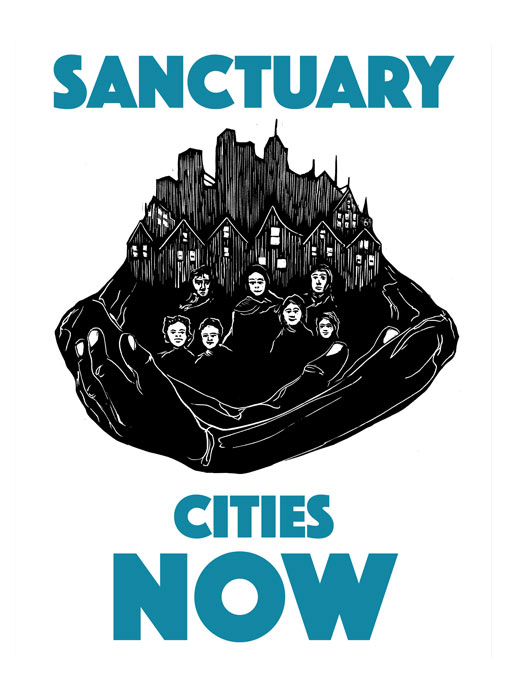 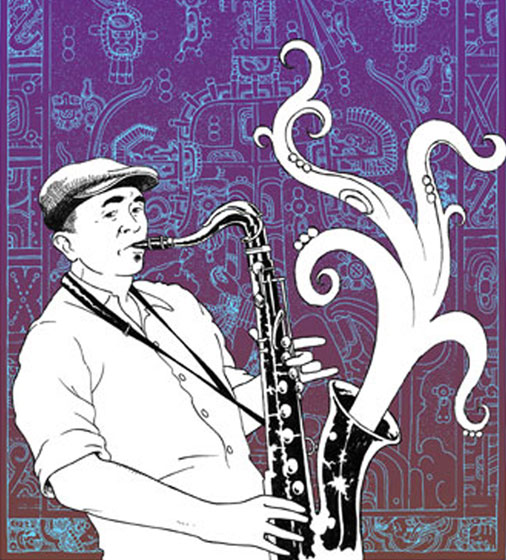