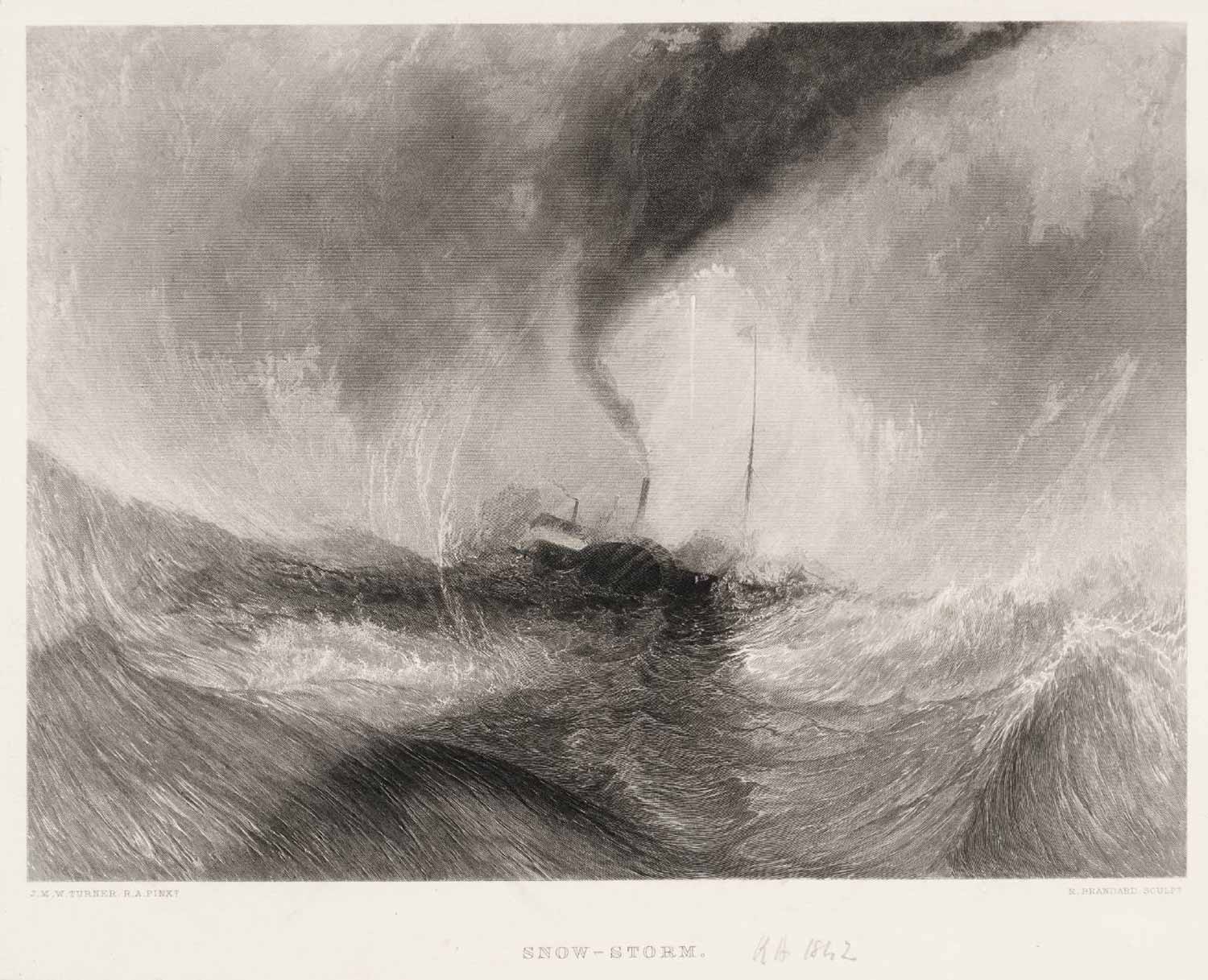 Over Christmas I visited my family and at dinner one night my stepfather was telling a story about his childhood, and how his father had made a living. They lived in northeastern Oregon in the Enterprise valley and his dad was the manager of a lumber mill. It was cold there during the winters, and the snow was deep, and they had to drive tractors to get to town when the drifts got too intense. After a few years, or at least after all the big trees were gone, they moved to the Horse Heaven hills in Southeastern Washington and his father started work as a manager of an impossibly enormous wheat farm, the kind that reached from horizon to horizon and across which combines crossed and recrossed like beetles in the heat haze. He was describing how things were different then, how there wasn’t the same sort of greed that we suffer under now, the culture of making a living and making money was more respectful and generous. I took a moment to note that the land they were making all that money off had been until very recently someone else’s, and expressed some doubts. He said if you can’t understand that things were different, people were different, then I can’t explain it to you. People felt that they were a part of something and that they were doing it together. Why were they doing it? I asked. They were sending the grain east, providing for the growing populations in the cities on the other side of the Mississippi.

Basically his father and those around him were terraformers. They were part of a simple idea, the elements of a simple plan, striking into the apparently untouched soil of a continent and seeing what they could haul forth from it, and sending it away towards the swarming urban cores where someone else could decide what would be done with it. This is what people think of when they think of terraforming Mars. This process of terraforming is the entire story of the colonization of North America, and by the time they were developing wheat farms in Washington the process was very well advanced and approaching the terminal stage of contact with the Pacific. Beyond that line of blue water no further terra could be formed, and so that impulse, noble or not, to simply produce and extract what was untapped in this continent, found itself suddenly constrained. When the forces of finance swept westward along the railroads and overtook the terraformers, their ideology needed to find somewhere to go, and so it invented newer, and smaller frontiers. The process of suburbanization is an echo of the terraforming impulse, and the creation of the gated community is a futher step beyond that, a point on a logarithmic spiral turning in onto itself.

I think Mike Davis speaks specifically about this in one of his books.

The desire at the heart of this impulse is a need to preserve simplicity. In cities full of immigrants who can barely speak enough of each others languages to make themselves understood, social contexts become increasingly more complex. It is the ideology of the terraformers that to be forced to have to complexify their understanding of the world is to be unmade, to be infected. They want only to have to think about their interaction with what they perceive to be the soul of the land, either in granary or coal silo. By creating siloed social contexts to inhabit they tried to maintain that simplicity. That’s the logic of white flight- simplification of the social environment, and the maintenance of a sacred relationship with the land you define as yours.

The same line of thinking underlies much of contemporary right wing and neofascist thought, and informs the ecofascist philosophies of those movements. The environmentalist fascists emerge from the slime, blinking, and look around themselves in horror at the reality of life on a warming planet, under a changing climate, and subject to elemental forces that threaten them unthinkingly. They desire to maintain a simplified social context for themselves, a  milieu that can be clearly circumscribed and within which all rules and norms are mutually understood and unchanging. Ecofascists and the adjacent right wing look at a future defined by scarcity and chaos and respond to it with plans to create ethnic enclaves within which they will find only people they can trust, by virtue of their mutual cultural identification. The prepper scene, informed by visions of annihilation, is a less intellectually motivated outgrowth of this current of thought, but is taking it in the same direction. Where white nationalists envision a “boogaloo” or war of ethnic cleansing, a sundering of the multicultural state into clearly defined ethnic enclaves within which everyone will be fending for themselves in the face of a rising wall of storms, the prepper sees similar conflicts but probably within a broader range of possibility, including upheavals brought by earthquakes, forest fires,  and global pandemics. What they agree on is the inevitability and indeed the necessity of mass death as means to resolve the inherent complexity of the world. Complexity is the problem, it makes you have to think and learn too much, it makes you have to rely too much on guile and cunning when you could be simply wiping honest sweat off your brow. Guile and cunning is the purview of the dishonest, the complicated, the dissembling, and the alien, and it needs to be wiped out, pushed away, cleaned up.

This is the attitude that the western world has, for at least a thousand years, justified the way that it treated Jews. With what is perhaps the ultimate irony, when Jewish settlers were provided access to the same kind of terraforming frontier in Palestine, the same result obtained.

Complexity, therefore is the solution to these problems. Complexity is the solution to the ideologies of nationalism and fascism, and also to the problem of how we are going to address climate change. To weather the storm in a thousand tiny boats is to drown for certain. To weather it in a few large ones really depends on the size of the boats, and of the storms. The best way to deal with an onrushing storm, per thermodynamics, is to become a storm yourself. Complexifying the climate movement is how we will win, and that means that the climate movement needs to learn about how climate is affecting people everywhere, people of all sorts, and to help each other respond, with respect to both need and ability. The more we can bring each other into these movements by helping others with theirs, the more we grow, and the wilder our storm will become.

2 comments on “Complexity: Against Ecofascism”

Great write, Roger. Thank you.
Eco-feminist writers have long correlated man’s impulse to dominate earth and the wild with a general fear of the feminine. Mystery or complexity is seen as a threat, indicating a deep fear of being swallowed up by women’s (earth’s) untamable erotic nature. Some even say it’s a fear of returning to the womb. This same wild is a corollary to creativity in many indigenous beliefs. Intersectionality and liberation are complex and messy and lack a measurable or commodifiable outcome, hence they are the bane of patriarchy. Patriarchy relies on seeing Earth as Mother and Mother is commodified and squeezed of every resource for man’s gain. An alternative is seeing Earth as Lover. All that is to be gained is mutual nourishment, pleasure and creation of more and more Eros.
As we move toward a post patriarchal world, all binaries blend to scales and scales morph to spectrums. Spectrums will color a whole new social, political and ecological paradigm rich with diversity, complexity. Growth will be fractal rather than linear and strength flexible, soft and dynamic rather than rigid, hard and immovable, mimicking the earth itself. This new paradigm will require heightened senses to traverse and as our senses become more awake and alive, and pleasure becomes the norm rather than the exception, the impulse to create will be stronger than the impulse to destroy and causing human pain will become less bearable.
This is what I spin like a prayer into each caress and into each piece of art.
Thanks for inspiring me with your work. 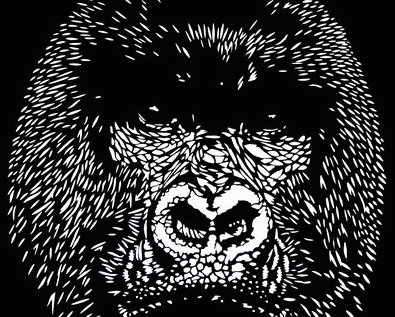 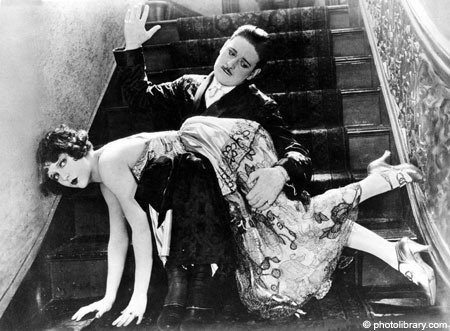 You might have noticed, joyfully, the news last week about grad student Thomas Herndon and his epic takedown of one of the pillars of the global austerity movement. Herndon was… 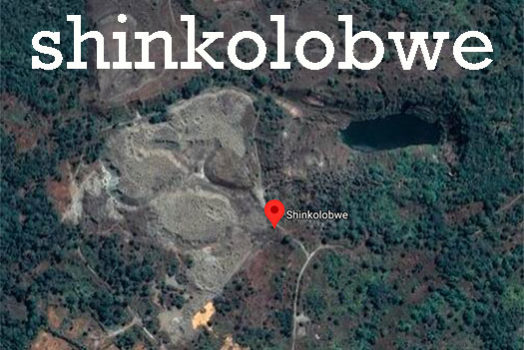 The Rocks Keep Showing Up

I’ve been researching a sprawling project about the Congolese mine that produced the Uranium for the Manhattan project for several years now (read previous blog posts here and here). With…

Hey everyone- we’re having a sale for the rest of February here at Justseeds. You can get 10% off every order when you use the coupon code “winter” at checkout….