I’ve been slowly updating the tumblr about my Congo trip, dropping in some photos and telling some small stories about them. There’s so much to tell! The total chaos and weird glory of the world of Congolese nature conservation is so strange that it seems like a dream. My friend Dino, a Congolese researcher, told me a story about walking into a dense, wet forest in the Northeast searching for okapi, the elusive forest giraffe. He and his team ran into a group of heavily armed rebels, who agreed to escort them for a fee. They crossed over two ridges, and a scout came back saying that there was an army post ahead. The rebels stopped to clean and oil their Kalashnikovs and the rocket launcher prior to attacking the army post, assuring Dino that this was covered by the fee he had paid. DIno waited until they were engrossed in their task and hurried his porters and fieldworkers ahead towards the army post. The army let them pass, in exchange for another fee, and they went on through the forest, looking hard through the dappled madness of foliage for the delicate camouflage of the okapi.
For the next month I’ll be in Eastern Oregon, at the Caldera residency, staying in a fancy A-frame cabin in the snowy high-altitude pine forests between Three-Fingered Jack and the obsidian monolith of Black Butte. While I’m there I’ll be working on some big blockprints and preparing some drawings to make into big screenprints. Probably I’ll focus on Congo, but I’ve got a bunch of other ideas in the pipeline as well. I’m going to be writing a good deal too, trying to craft a narrative from the stack of journals I filled up while in DRC. Stay tuned!
Subjects
Culture & MediaEcology & AnimalsGlobal SolidarityIndigenous ResistanceInspiration 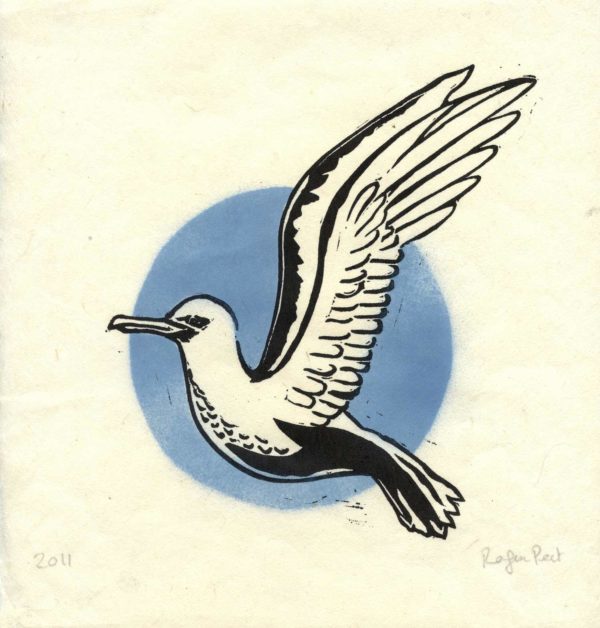