“You know, we have a beautiful highway landscaping redevelopment in our downtown. We have desert tortoises and beautiful paintings of flora and fauna. These punks come along and deface it.
“I’m saying maybe you put them on TV and cut off a thumb,” the mayor added. “That may be the right thing to do.”

And when Oscar Goodman talks about cutting off thumbs, he probably knows what he’s talking about:

During his career as a defense attorney he represented defendants accused of being some of the leading organized crime figures in Las Vegas, such as Meyer Lansky and former Stardust Casino boss Frank ‘Lefty’ Rosenthal. One of his most notorious clients was reputed Chicago mobster Anthony “Tony the Ant” Spilotro, who was known to have a very short and violent temper. Spilotro was portrayed by actor Joe Pesci in the semi-factual 1995 movie Casino, in which Goodman had a cameo appearance as himself. Goodman also represented former San Diego Mayor Roger Hedgecock, who was convicted of accepting illegal campaign contributions and eventually forced to resign.

And here you have a perfect little metaphor for the state of law enforcement in America today. A guy who has no problem defending remorseless killers wants blood for victimless crimes. Is it any different here?
Picture at top: Goodman w/ “Tony the Ant” Spilotro. Image courtesy of Wikipedia.

“beautiful highway landscaping”
ummm… that makes no sense at all.

VisualResistance.org is back online ,with some changes; most notably a new intro page with quick links to projects we’ve been involved in. This blog is only a small part of…

A few months back VR members taught a stencil making workshop to teens at Time and Space Limited, a community arts and media center in Hudson, NY. The artwork they…

Drawing All the Time: Week 33

I am making a bunch of drawings and sculptures of “plausible inventions.” Here is one of them.

Long time friend Russell Howze, who has been running StencilArchive.org for years, is about to release a new stencil book that looks really promising! It’s called Stencil Nation: Graffiti, Community… 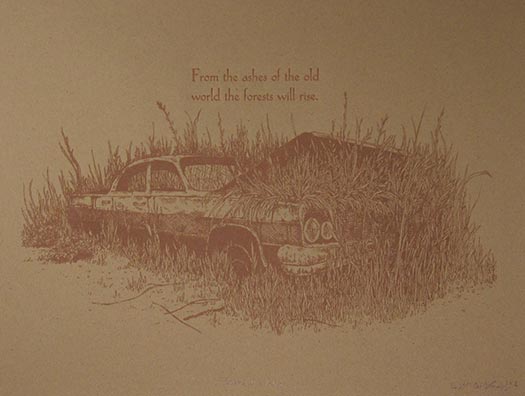 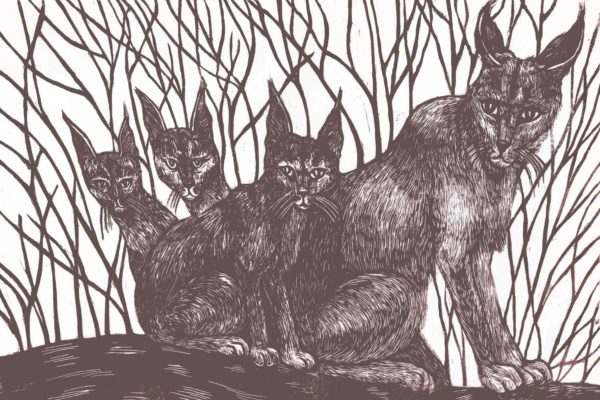