A few weeks back we wrote about a new sticker campaign called Corporate Vandals Not Welcome. The stickers target advertisers who use techniques cribbed from street art in order to brand themselves as hip, underground, and edgy. We got an email from the person who’s been putting the stickers up and he’s got a smart, critical take on advertising as well as the current street art scene in NYC:

that’s my sticker. glad you appreciated it. I am also responsible for several other political stickers that are conspicuously absent from the various “street art” sites. seems to me that much of what is being touted as street art plays into the existing codes of gallery elitism: visually “pleasing” design, cheap “cleverness,” and usually a desperate attempt NOT to have a clear message that anyone can understand. most of this work is simply too comfortable and “nice” to be meaningful (in my opinion). in addition, a lot of it seems to exist more on the internet or on guided tours than it does in reality, on the street, in your face, for the public.
ultimately, it appears that many of these “street artists” are using the streets as a self-promotion platform towards networking, gallery shows and mainstream success and acceptance. nearly all of the thousands of graffiti writers who have come and gone never asked for more than to say “I exist. I was here. this is my name. this is my style.” street artists should neither bastardize nor belittle this tradition.
I fully recognize and support that there are no rules on the street: everybody should be doing whatever they want to do, that’s the whole point. but that does not mean I cannot critique what is being done and how it is being promoted. I love graffiti and any sort of public expression on the streets. cumulatively, it is a beautiful and important thing. I just hope that all of the creators, promoters and fans start to ask a little more of themselves and each other.
by the way, I am in no way affiliated with streetartblows.com

The only reason I compared this project to streetartblows.com is because they’re both interventions into what’s going on in the streets. In their own way, they’re both calling bullshit and asking for some dialogue. The big difference, of course, is that the Corporate Vandals Not Welcome stickers are targetted at advertising companies who are hired by giant corporations with no redeeming social value at all, whereas the s.a.b. stickers are aimed at individual artists and their work, for which he’s been criticized.
I think there’s a lot to criticize about the state of the scene and the shallowness of a lot of work going up, but having “Keep Your Art To Yourself” as a tagline is basically the opposite of what VR believes. The whole point of our zine is that anyone can make art — art should be accesible, free, and everywhere. But in taking over public space, street artists should be aware of their surroundings and should be willing to put some thought and effort into respecting their city, their neighbors, and their own artwork. More dialogue towards this end is sorely needed.

4 comments on “Corporate vandals not welcome: a followup”

first, street art has been around way before stenciling came round, way before graffiti too. shit goes back to caveman times.
but all the graf writers throwin heat about “street artists”, doesn’t seem to add too much in my opinion, except being negative. ive talked to graf writers who bust on “street artists” for puttin stuff up on the net but do the same themselves. and while you can say stenciling derived from graffiti, the graffiti movement and BLF and Ron English coincided. im not saying i know everything about this stuff, but enough to say i really think this condescending talk from graf writers doesn’t contribute in a positive way. also, if you want to police the streets of corporate stickers, go for it. personally i couldnt care if its up there. or too if graf writers or other artists want to do billboards. half these cats are commercial artists by day anyway. being responsible to one’s art is key but i dont think you guys need to be responsible to other artists as well.

you’re an idiot.
if you knew shit about shit, you’d understand that corporate graffiti is a vile and insidious phenomenon. you don’t care if it’s up there? well then, you obviously don’t care about principles or the streets. corporations are not “other artists”–they are engines of death and opression. any major corporation has a huge “voice” in the public consciousness, yet pretty much none of them use this tool for progressive or socially positive means. instead they are bought-in and complicit in a form of capitalist fascism that is destroying our minds, our freedom and our planet.
if you knew shit about shit, you would recognize that illegal free speech on the streets by individuals and small, independent groups and companies is something that has the potential to change our world for the better. corporations slithering their way into the same spaces that have been pioneered by free-thinkers and individuals represents yet another co-opting of a subversive movement that threatens the power structure.
fuck you.

9/11 was an inside job
we are undergoing a mass extinction
http://www.massextinction.net
the forces of evil are in power
wake the fuck up
this is for real
you fucking hipster fucks

Corporations don’t make art, they use it as camouflage just to make more money. That’s all.
It’s the same with tv advertising, they make funy spots, but they only want to sell a product!
Bye

Just read this morning that the Terror Enhancement for the RNC8 has been dropped. The RNC8 are a group of Minneapolis people that were organizing protests for the Republican National… 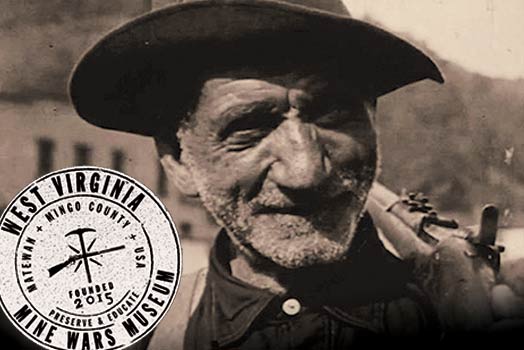 Become a Member of the West Virginia Mine Wars Museum!

I’ve been working as the Curator/Exhibition Designer for the West Virginia Mine Wars Museum in Matewan, WV since our project was still an ambitious idea in a vacant storefront in… 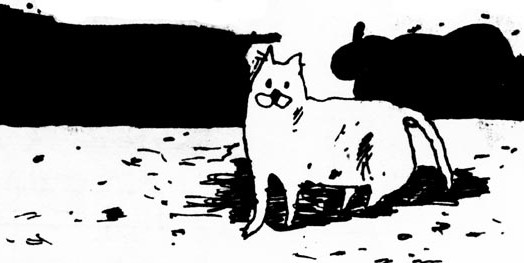 In Memory of The Buddy Cat

One of my closest and oldest friends, The Buddy Cat (“B” to those who knew her well), passed away while I held her in my arms the week before this…

Schenley’s Theory of Knowledge class again! This was created by the ‘Fantastic Five,’ a group of pretty right-on young men. This was one of my favorites from the class. 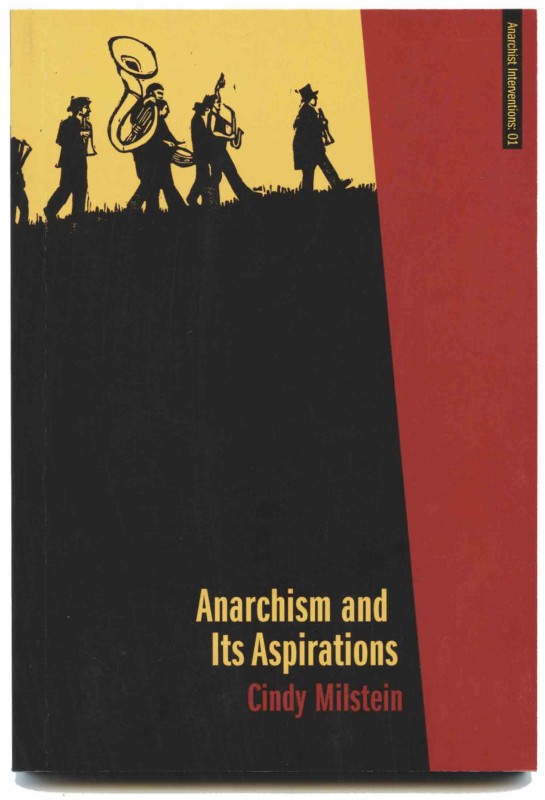 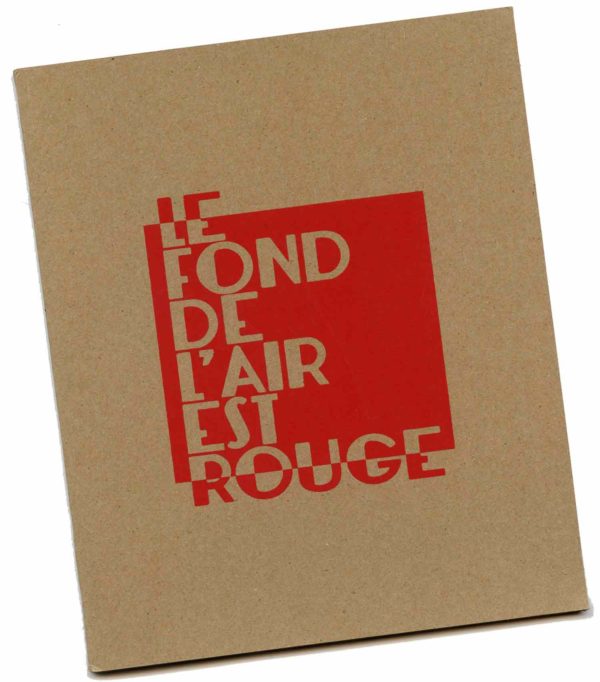 Stefan Christoff
Publication
Out of Stock 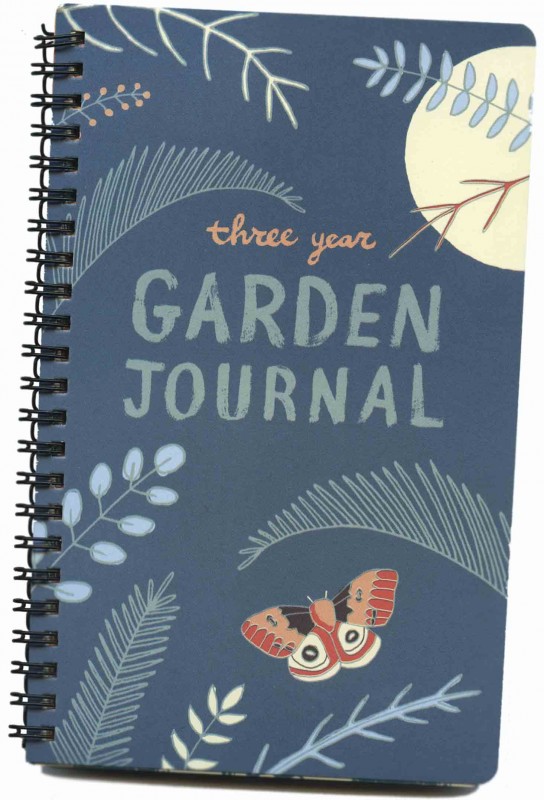 The Far Woods
Calendars & Organizers
Out of Stock