New York isn’t the only place where The Buff is pushing into overdrive. Five teenagers were arrested last week in Grand Rapids, Michigan for tagging on a commercial building, and city officials are promising a wider crackdown. From Grand Rapids independent media source Media Mouse:

Fresh off the arrests of five “taggers”, the Grand Rapids Police Department (GRPD) is promising an aggressive crackdown on graffiti artists that may result in prison time. Of course, the police cannot do this on their own and the corporate media are obligingly doing their perceived duty to “help the community” by acting as official conduits for police misinformation. Central to this effort has been the portrayal of the city as “under siege” by graffiti artists. The GRPD and the city of Grand Rapids are making use of this supposed “rash” of graffiti to suggest draconian measures such as electronic tethers and outlawing the sale of spray paint to minors to create a public climate of fear in which there is no discussion about the ramifications for civil liberties of using tethers and other methods to stop graffiti, methods which will undoubtedly target primarily youth.
Not surprisingly, the corporate media’s coverage of the “graffiti crackdown” has been full of sensationalism, effectively portraying graffiti as a type of crime that residents need to fear. The local print and broadcast media has run a number of stories that create a sense of hysteria, with graffiti “tagging” being portrayed as out of control. The articles have been full of completely ridiculous assertions, with Guy Bazzani claiming that graffiti is “robbing the soul of this community,” parents supposedly wondering “oh no, where are my kids living?,” and even news readers trying their hand at spray paint while talking about how the police are “aggressively searching for the spray paint perpetrators.” WOOD TV 8, who claims to have “broken the story,” ran a piece last night in which they claim to have urgent information, reporting the supposed “new information” that graffiti artists engage in “competition” and that graffiti involves both art and “protest against capitalism.”

Read the whole article here. There’s a great gallery of Grand Rapids graffiti where you can see work by a ton of artists. The above image by MEEK was taken from the site.

I was digging around in my archives and found this interview that Shaun Slifer and I did last year with our buddy Hannah Dobbz for the Nor’easter: Official Quarterly of…

by Justseeds Collective
Calls for Art

Got this in the mailbox from Josh MacPhee — the full call for artwork is after the jump, if you’re interested in submitting your artwork work to what sounds like… 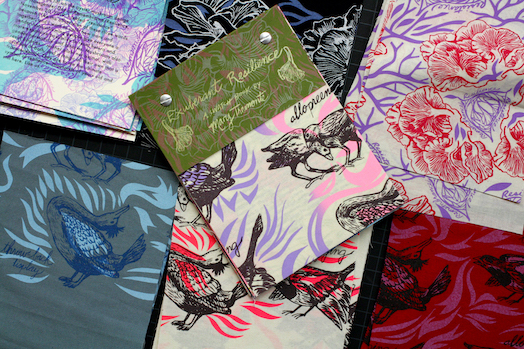 The Personal is the Pattern is the Political: Repeat Pattern Printing at Women’s Studio Workshop

In November-December 2019 I was fortunate to spend time at Women’s Studio Workshop in Rosendale, NY, for a studio residency to focus on repeat pattern printing on fabric. I had… 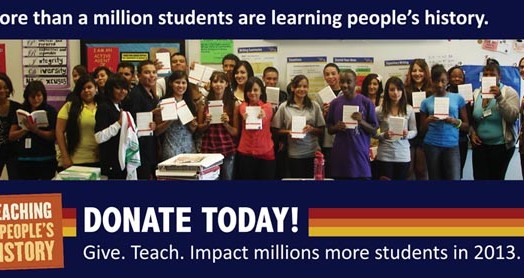 I’ve been enjoying the teaching materials and modus operandi of the Zinn Education Project ever since I discovered them back when we were working on the Firebrands book. These days… 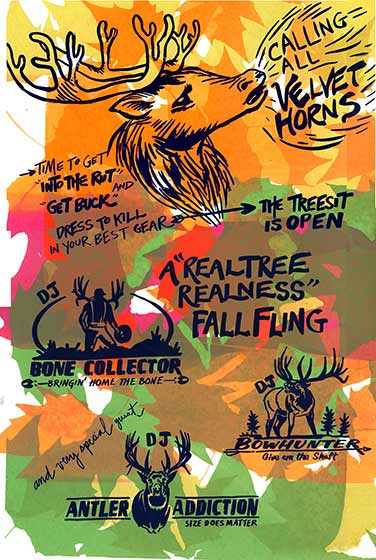 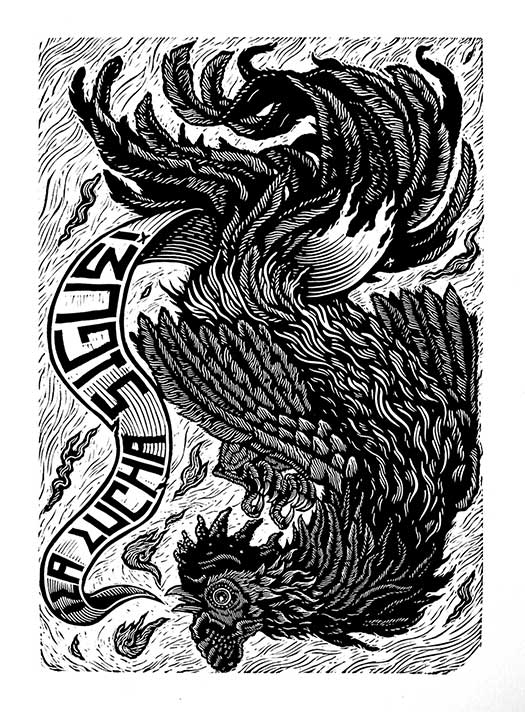 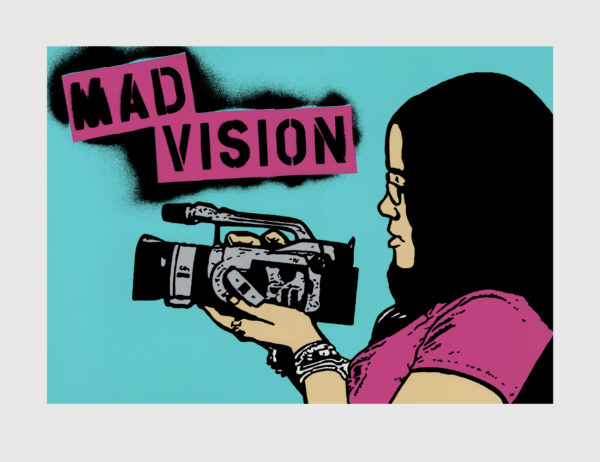