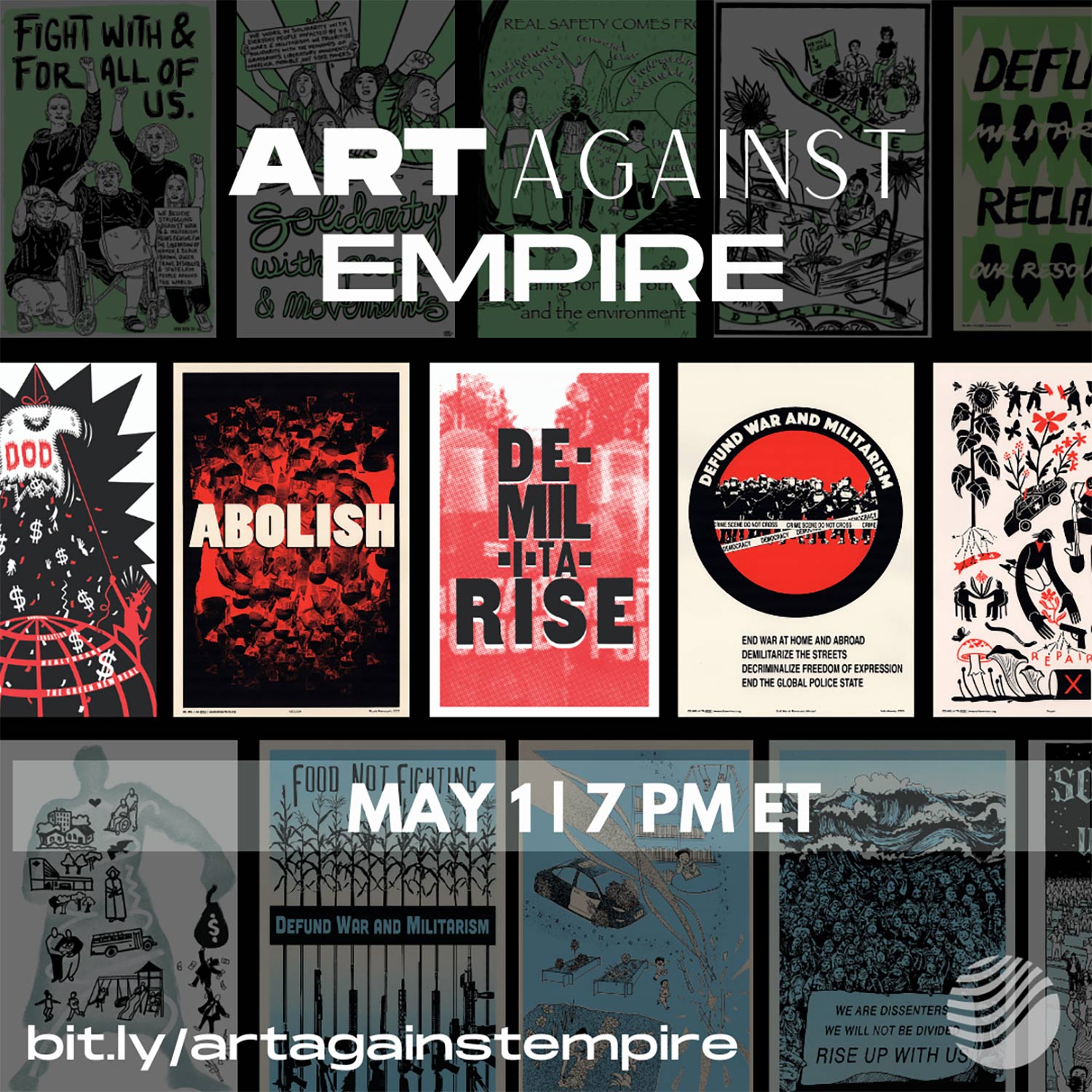 An evening of art, poetry, and activism against empire.

Join Justseeds and the Dissenters to celebrate the launch of DE-MIL-I-TA-RISE, our newest portfolio and zine. Poets and organizers will present their poems and visual art, followed by a panel in which they discuss the intersecting roles of activism and the arts in envisioning a world without war, cages, police, and empire. 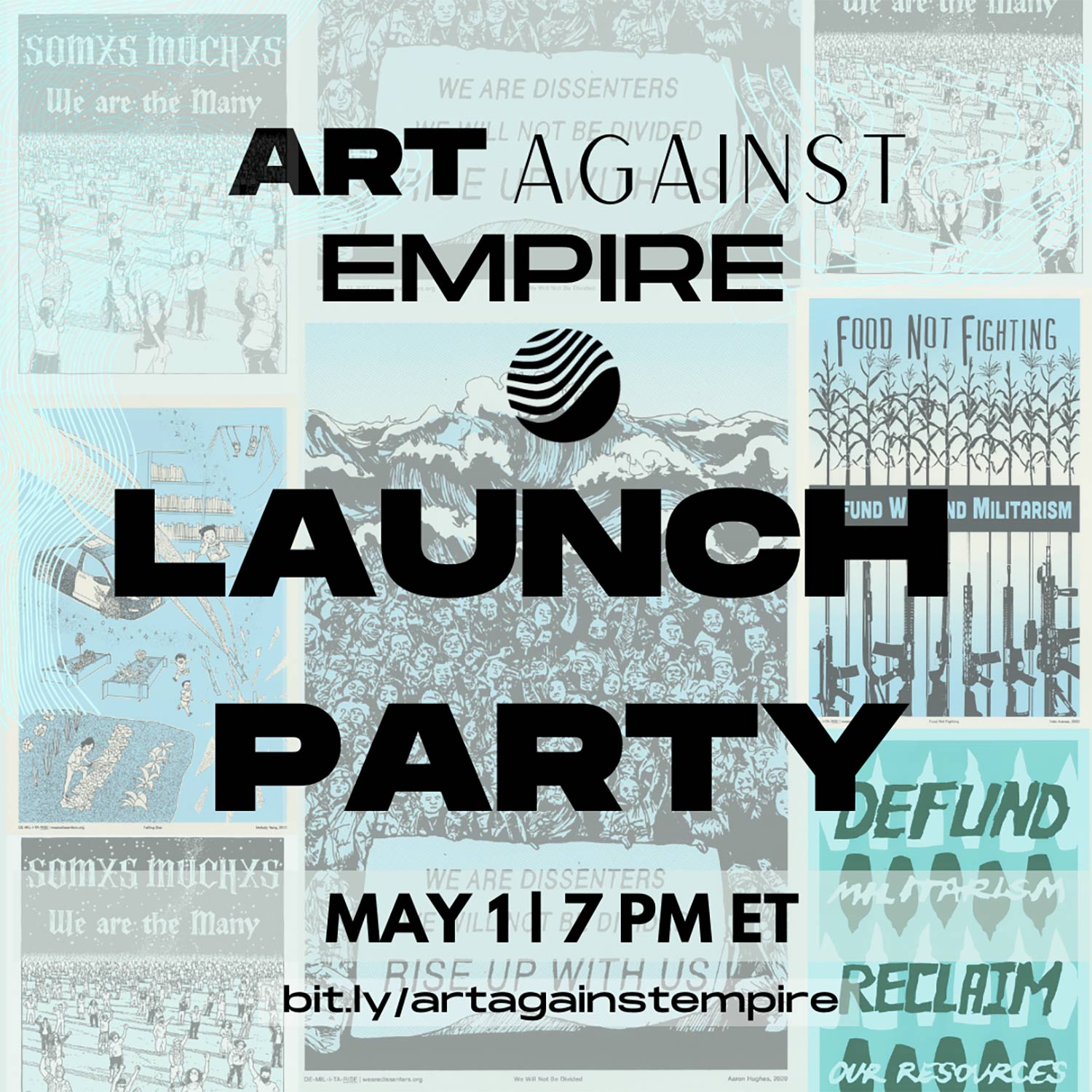 Dissenters is a movement organization leading a new generation of young people to reclaim resources from the war industry, reinvest in life-giving institutions, and repair collaborative relationships with the earth and people around the world. They are building local teams of young people across the country to force institutions to divest from war and militarism, and reinvest in what our communities actually need. From campuses to congress, they are building grassroots power to cut off war elites once and for all. In an effort to lift up this important work, Justseeds Artists’ Cooperative organized DE-MIL-I-TA-RISE, a portfolio and booklet, for use in Dissenters organizing campaigns, popular education projects, and cultural programming.