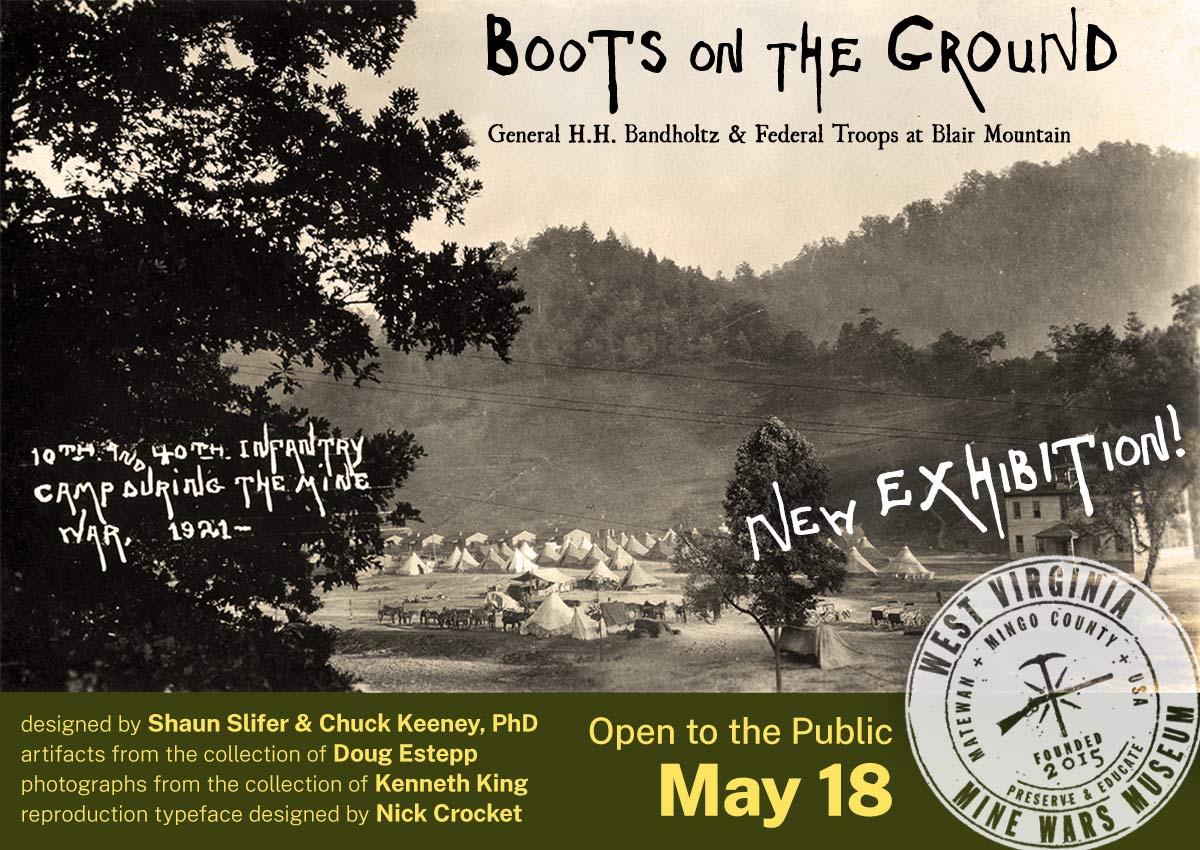 Justseeds member Shaun Slifer works as the Creative Director/Graphic Designer at the West Virginia Mine Wars Museum in Matewan, WV. This winter he’s been working with historian Chuck Keeney on the museum’s first new exhibition since they opened in 2015. Boots On The Ground: General H.H. Bandholtz & Federal Troops on Blair Mountain examines the role of the US Army during the Battle of Blair Mountain in 1921, and how the federal government eventually brought military force down on the side of the private extractive coal industry and against the largest civil uprising on US soil since the Civil War.

The exhibit features never-seen real-photo postcards of troop encampments during the Battle of Blair Mountain alongside personal military gear that belonged to General Harry Hill Bandholtz, the Army commander responsible for leading federal troops in forcing the armed, striking coal miners to surrender.

Exhibit will be on display at the museum throughout the 2019 season.

I’m working with historian Chuck Keeney on a new temporary exhibition at the West Virginia Mine Wars Museum, incorporating artifacts from a trunk of the personal military effects of US Major General Harry Hill Bandholtz. After serving 13 years in the Philippines, the general played a role in ending the Battle of Blair Mountain in 1921. Our exhibit, while comprised mostly of Bandholtz’s stuff, will focus on the US military’s role in defending the interests of private industry, because fuck capitalism. ⛰⛰⛰⛰ #wvminewarsmuseum #wvminewars #appalachianhistory