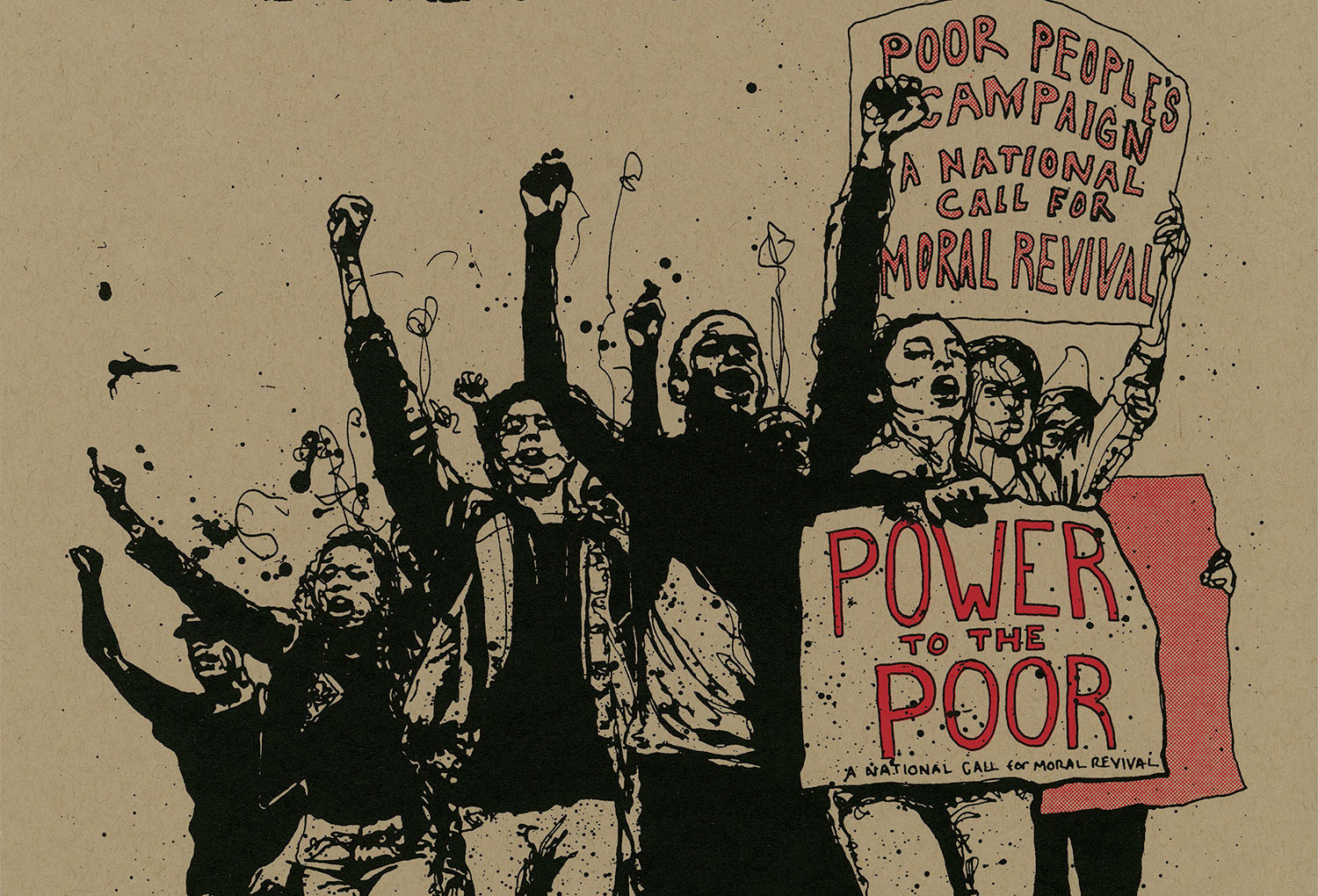 Learn as We Lead, Walk as We Talk, Teach as We Fight: Leading up to the 50th anniversary of Rev. Dr. Martin Luther King Jr.’s landmark “Beyond Vietnam” speech, organizers from the new Poor People’s Campaign (PPC) reached out to artists across the country with a general call for graphics that can be used as teaching and organizing tools. Justseeds responded by creating a popular education portfolio for PPC activists and organizers to use during regional and local teach-ins in preparation for the 40 Days of Moral Action that began on Mother’s Day of this year.

This is the first time this portfolio will be exhibited in Pittsburgh! For Pullproof Studio, Pittsburgh-based Justseeds members Shaun Slifer and Mary Tremonte have selected additional prints from Justseeds artists that also investigate intersecting issues of poverty, racism, and gentrification.

Join us on Friday, September 7, for an opening reception alongside organizers from Put People First! AND featuring live screenprinting to amplify locally relevant messages in the spirit of the Poor People’s Campaign!