Justseeds member Shaun Slifer makes rubbings of historical markers as a project for understanding the language of state-sanctioned history through intentional erasure and omission which mirrors that of many “official” narratives. This work interrupts the provisional authority of the historical marker by disrupting static, languid interpretations of the plaque’s narrative.

He is focused on state-sanctioned historical plaques that feature language which glosses over or replaces colonialism, state oppression, and military violence with truncated accounts that marginalize the motivation and origin of popular revolts, disregard whole communities, and other acts of erasure. He searches for wording that drives a particular, dominant historical narrative, carefully excluding, or redacting, the other text on the plaque. By letting negative space dominate the large sheets of paper, critical sections of directive language stand out, akin to the practice of erasure poetry.

These wax-relief rubbings are made on-site using hand-made crayons. His process is deliberately visible, public and accessible. Wearing a high-vis fluorescent vest, Slifer carries a roll of durable Tyvek paper, crayons that have been melted into palm-sized discs, and a short ladder. These rubbings are made during daylight hours while looking similar to a municipal worker.

See more about the Redacted Rubbings project at Shaun’s site. 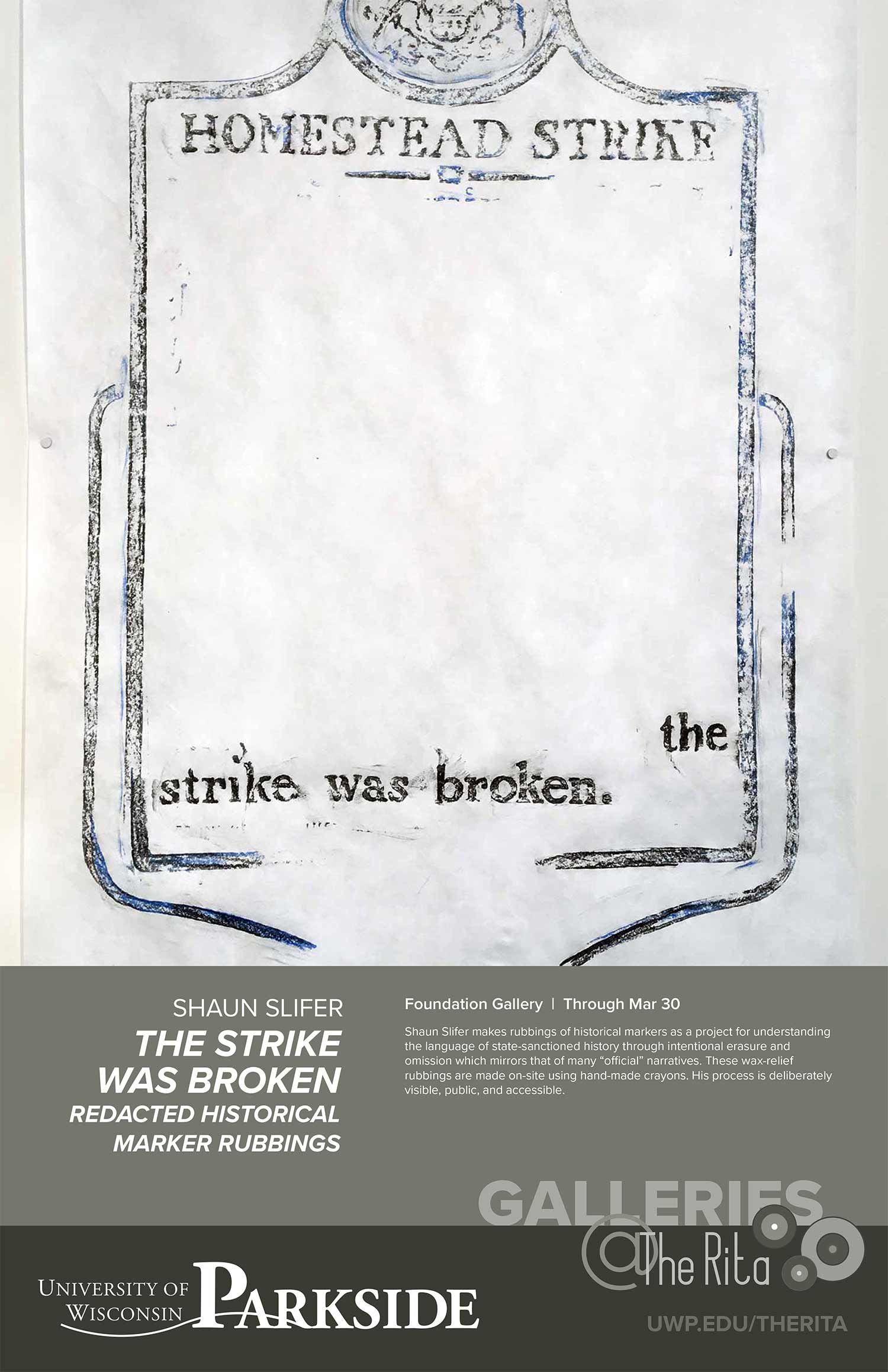