Print and Resistance was an installation of five portfolios produced by Justseeds. The portfolios were displayed in their original groupings and showed the evolving approaches and aesthetics of Justseeds, while also functioning as a survey of North American social movements and movement culture of the last 15 years.

Silkscreened wallpaper and suspended print penants were created for the show by Josh MacPhee, Mary Tremonte, and Jesse Purcell. These created intersecting patterns that honored historical and contemporary struggles. The show was installed at Centre[3], an artist run centre and print studio that supports artists and collaborates with communities to create social change through the arts. 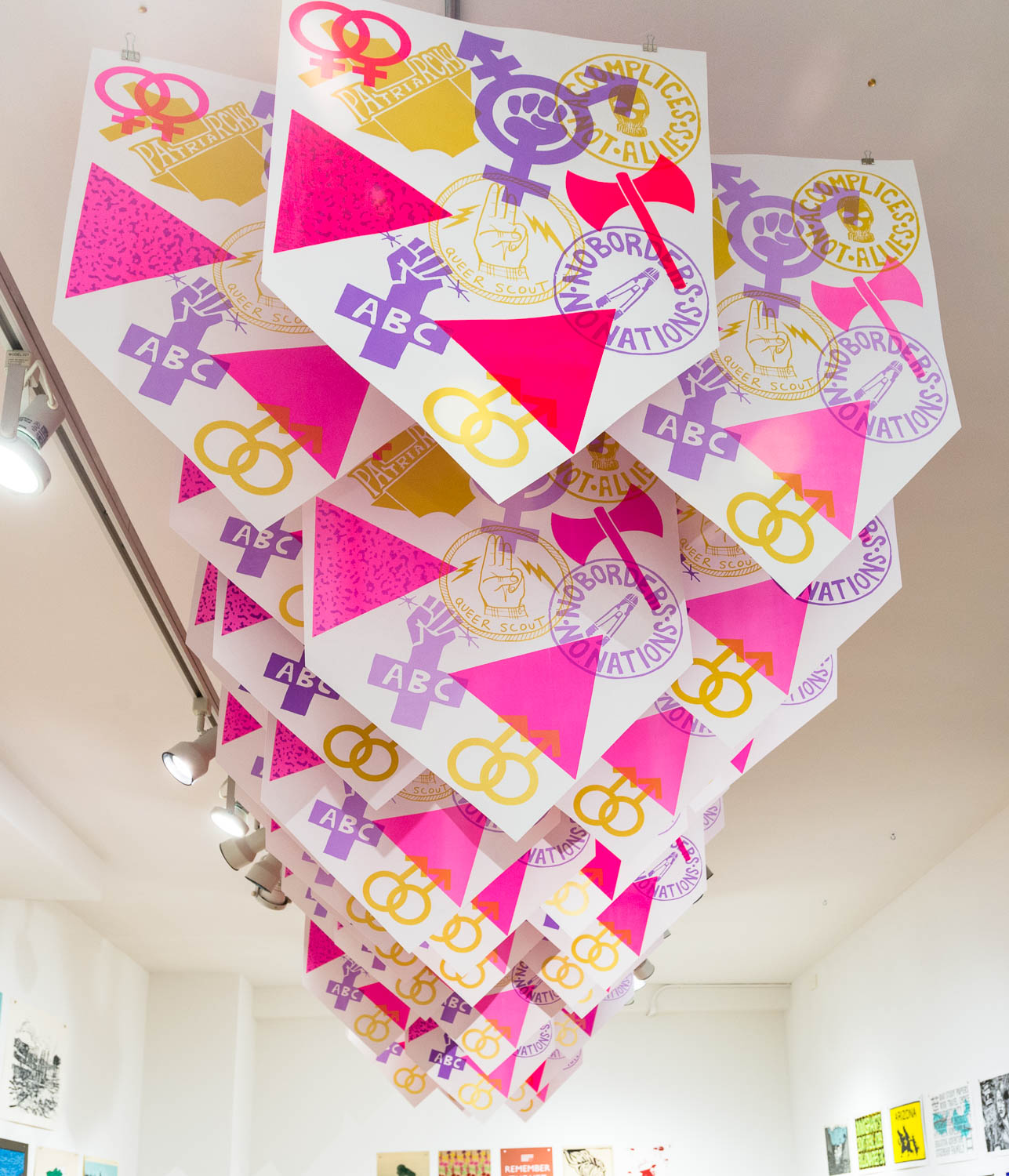 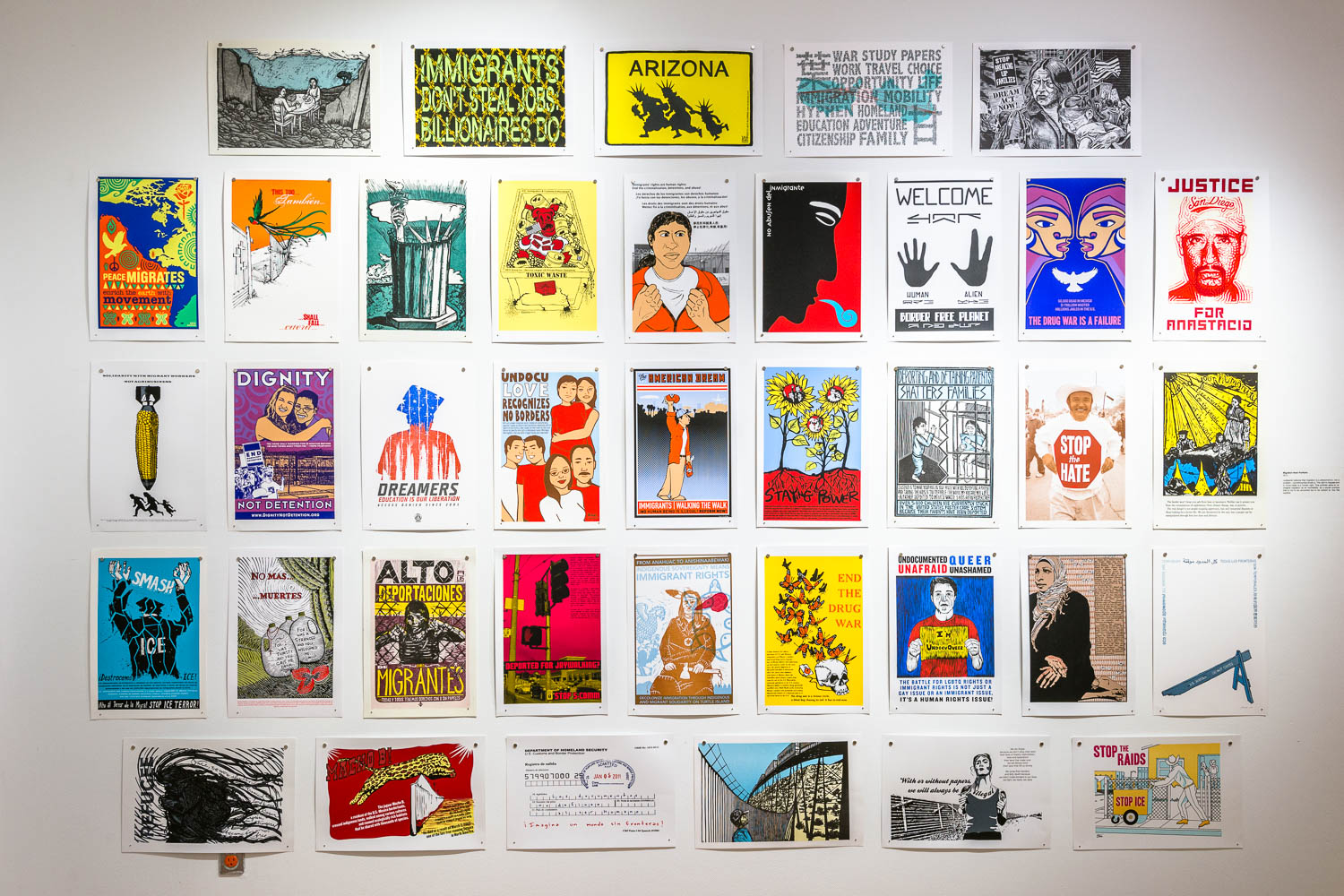 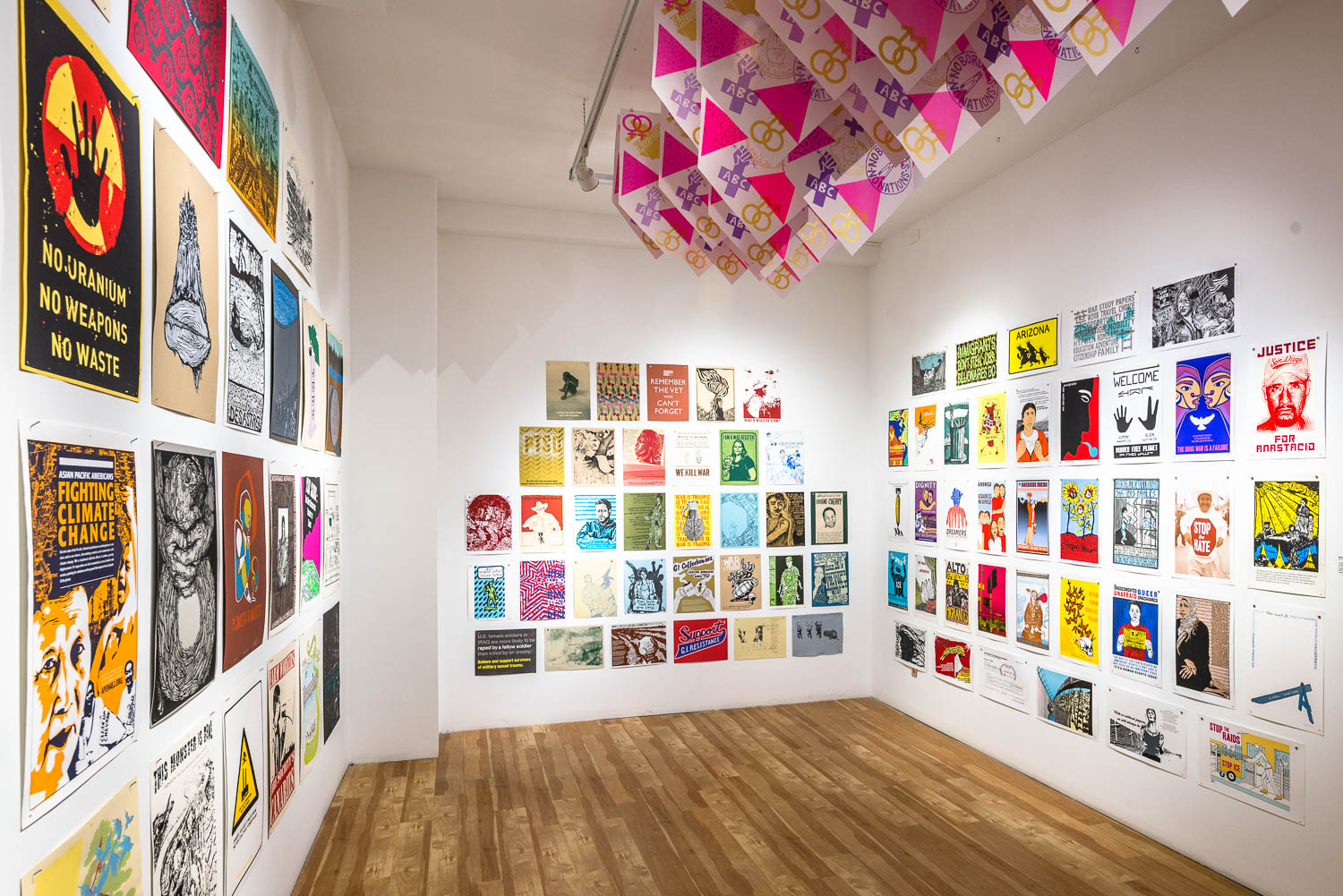 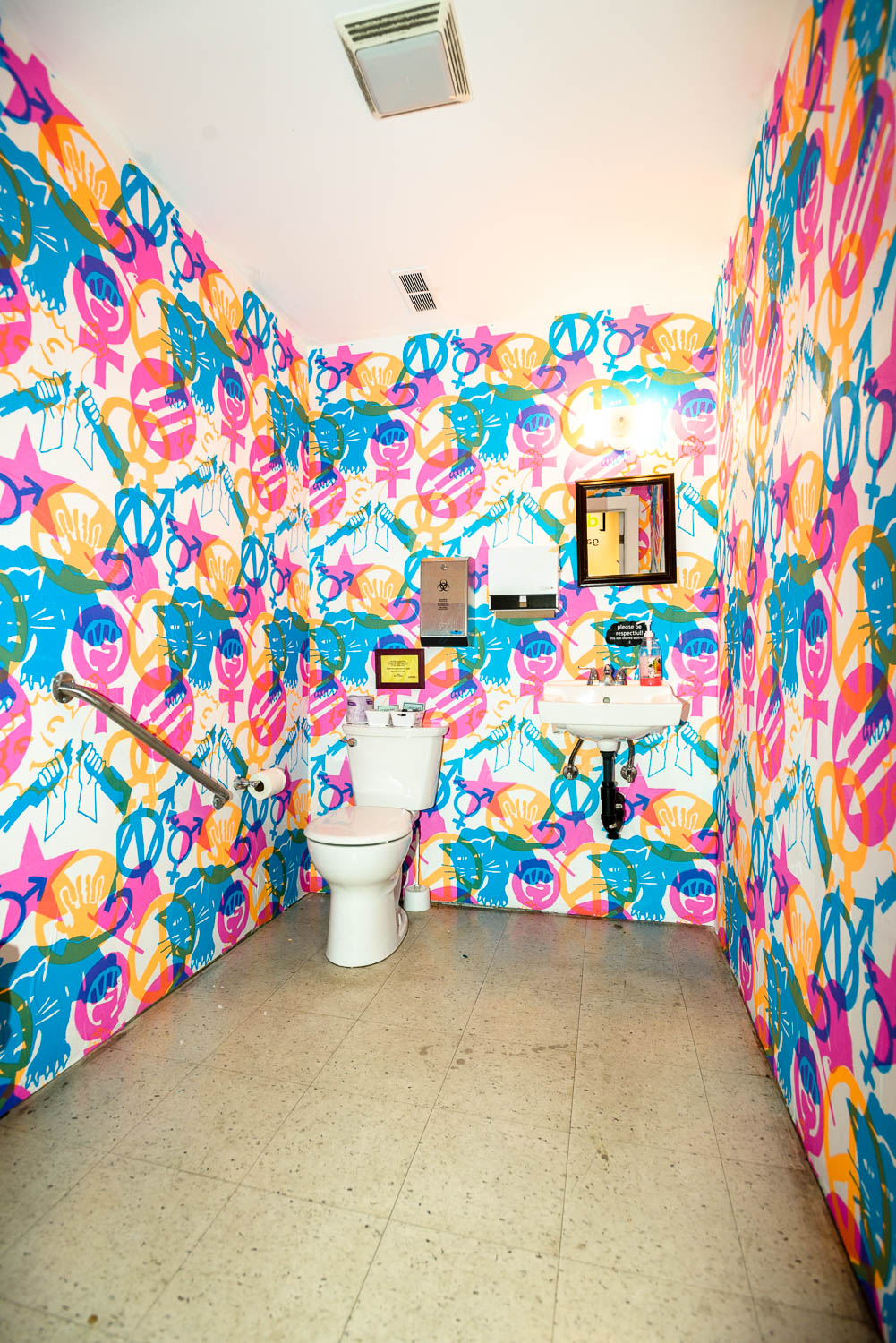 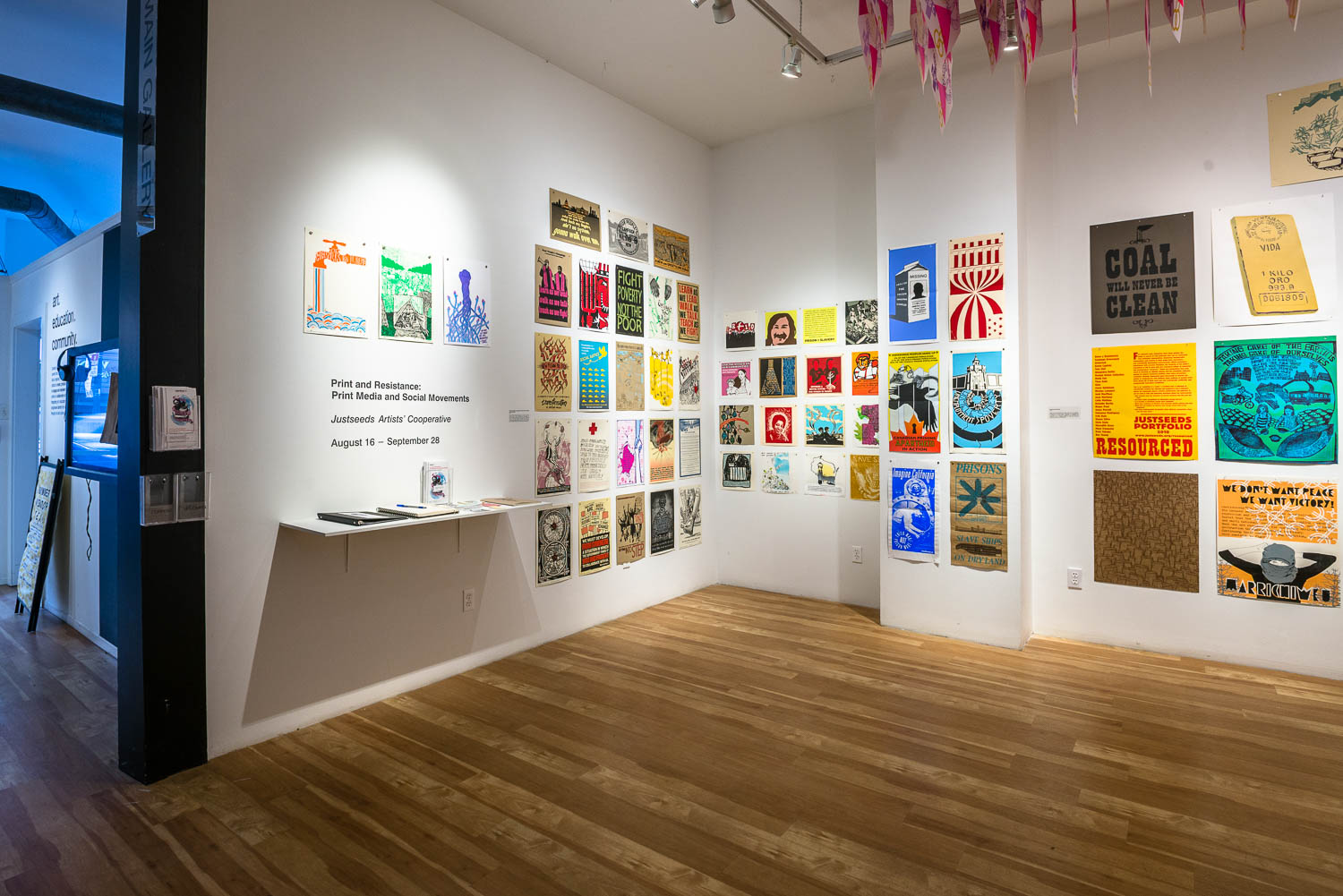 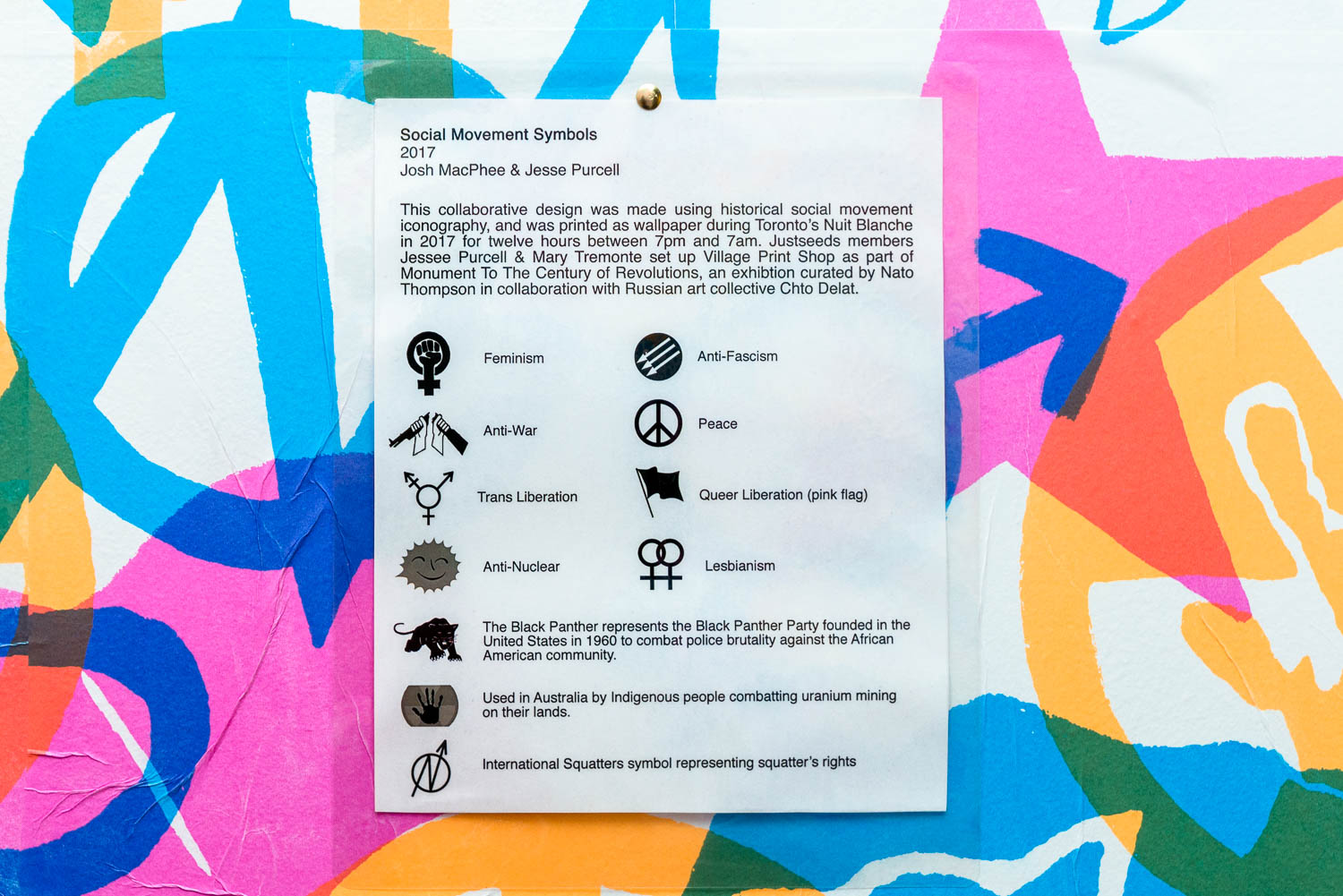