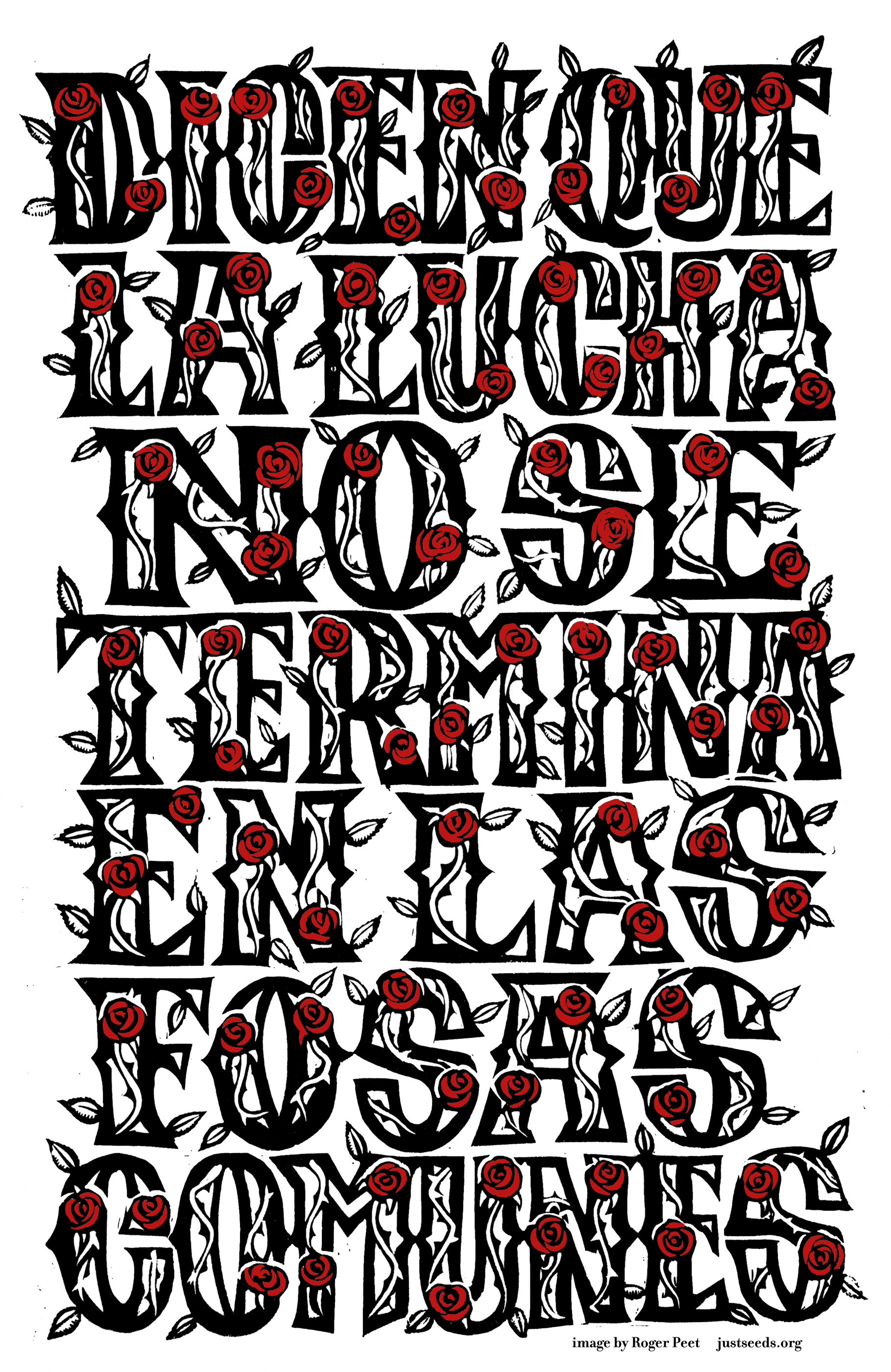 In the immediate aftermath of the abduction of 43 students from the Ayotzinapa normal school in Guerrero, Mexico, state workers combed the hills around the town of Iguala, looking for their bodies. They found mass graves almost immediately, but just as quickly determined that the students weren’t in them. Then they found more. And more.

The prolonged horror of Mexico’s cartel war has gnawed at me for years. This is the true war on drugs- the war that this country has exported so that all the violence occurs south of the border. The impunity and arrogance of Iguala’s mayor, who handed the students over to the Guerreros Unidos gang for disposal, is echoed in the cavalier ousting of Honduras’ popular reformist president Zelaya few years previous. And the stream of desperate children pushing into US border states are fleeing the madness and butchery of gang and cartel violence in Central America states, created by US mass manufacture and export of gang members to those states. At the intersections of prison policy. immigration policy, drug policy, and pitch black brutality are the raised beds where the US plants its crops.

I made this print to honor everyone killed in this conflict, and those who rise up every day with unimaginable courage to confront the tides of blood. Its 43 letters (one for each student) read, in Spanish: “They say that mass graves are not the end of the struggle”. It’s true- the fight for another world doesn’t end in death.