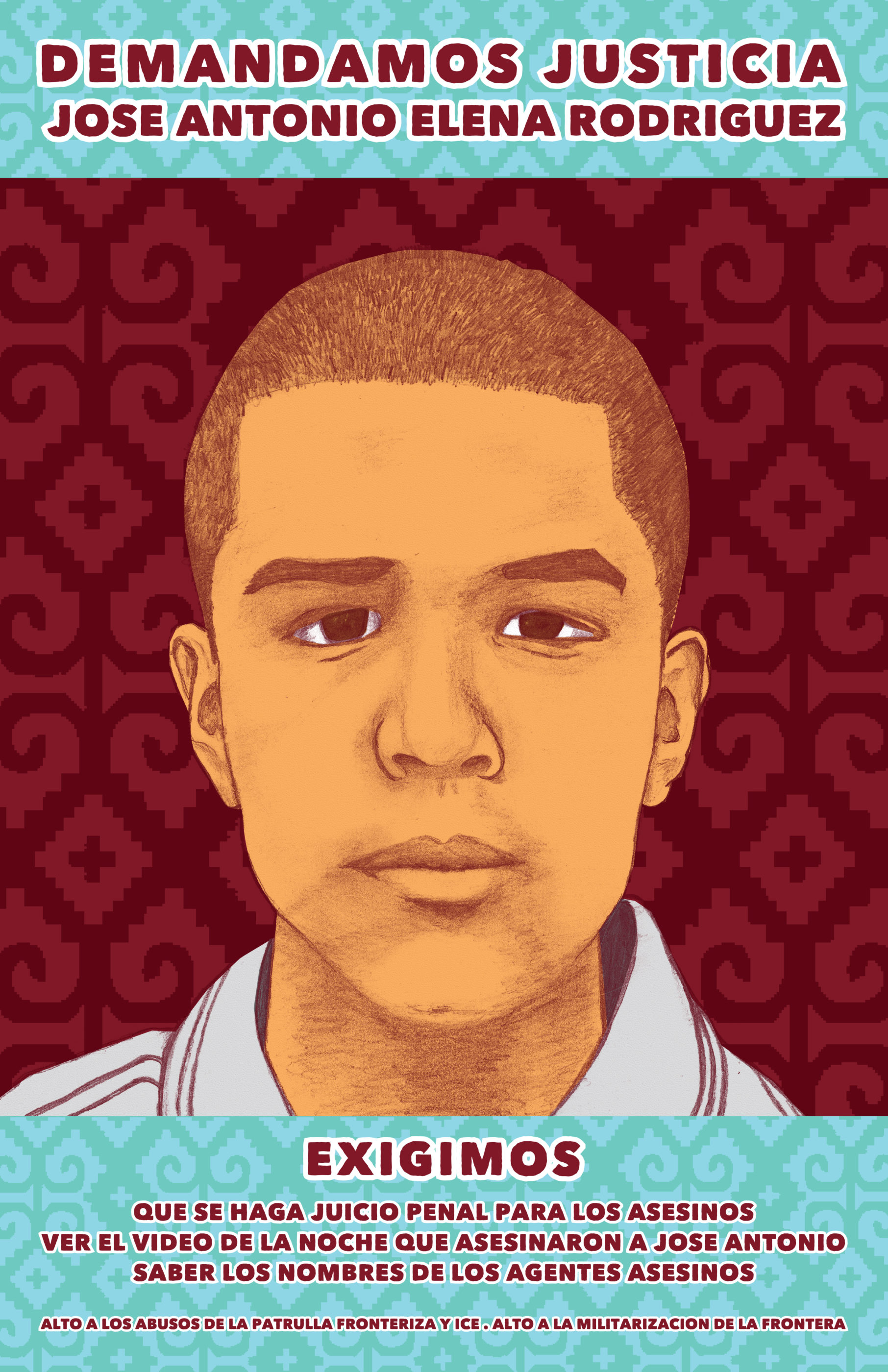 On October 10, 2012, Jose Antonio Elena Rodriguez, a 16 year-old Mexican resident was shot ten times, 8 of which were in the back,  by Customs and Border Patrol (CBP) agent Lonnie Ray Swartz.  Although former agent Swartz alleges that Jose and friends were throwing rocks over the border wall into the U.S., the geographical location of the incident tells another story. Witnesses said he was just walking down the street.

The indictment of Lonnie Ray Swartz is the first time in the history of the country when an agent has been charged with a cross-border shooting.

Solidarity with the family of Jose Antonio Elenda Rodriguez who was brutally shot down and killed by Border Patrol. Art collaboration by Pablo Paredes and Melanie Cervantes.