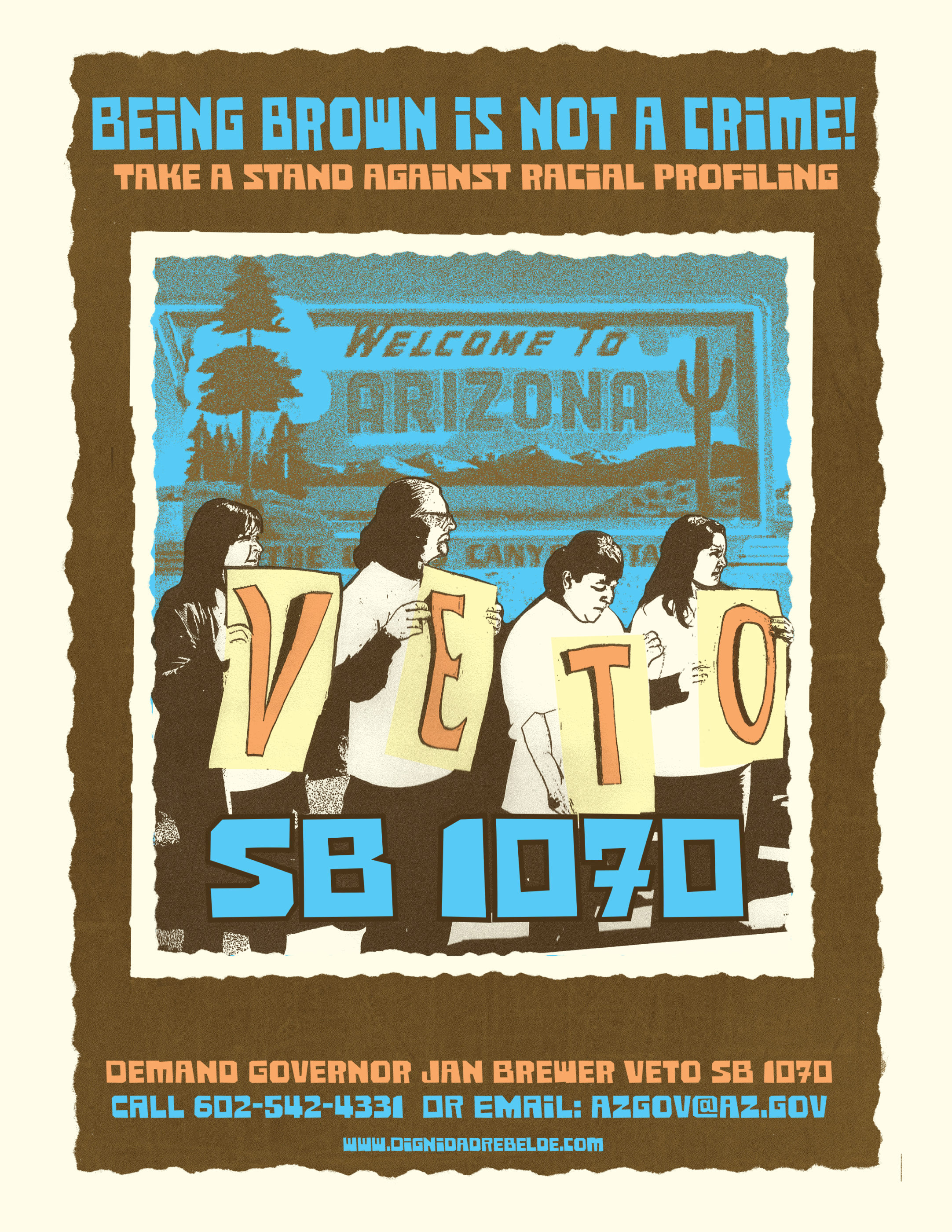 From the ¡Alto Arizona!  campaign.

¡Alto Arizona! was a response to Arizona Senate Bill 1070.

On Friday, April 23rd, 2010 Governor Jan Brewer joined the ranks of George Wallace and others like him who sought to gain political advantage by encouraging hatred and bigotry. And while Brewer and Sheriff Joe Arpaio may have written themselves into the history books by supporting this repugnant law, they will appear as nothing more than a footnote. Indeed, this chapter of history will be written by the millions of immigrants who assert their place in the American story like all others who came before them. This chapter will be written by a new generation of fearless leaders. It will be written by all of us.

Arizona’s immigrant community is organizing and mounting the political, legal, and economic pressure needed to restore constitutional protections to the state. They need the nation’s help to change the federal policy that allowed for the formation of SB 1070. The simple fact is that the President of the United States has the moral authority and legal obligation to intervene and put an end to SB 1070. We are drawing a line in the sand in Arizona to stop hate before it spreads across the country.