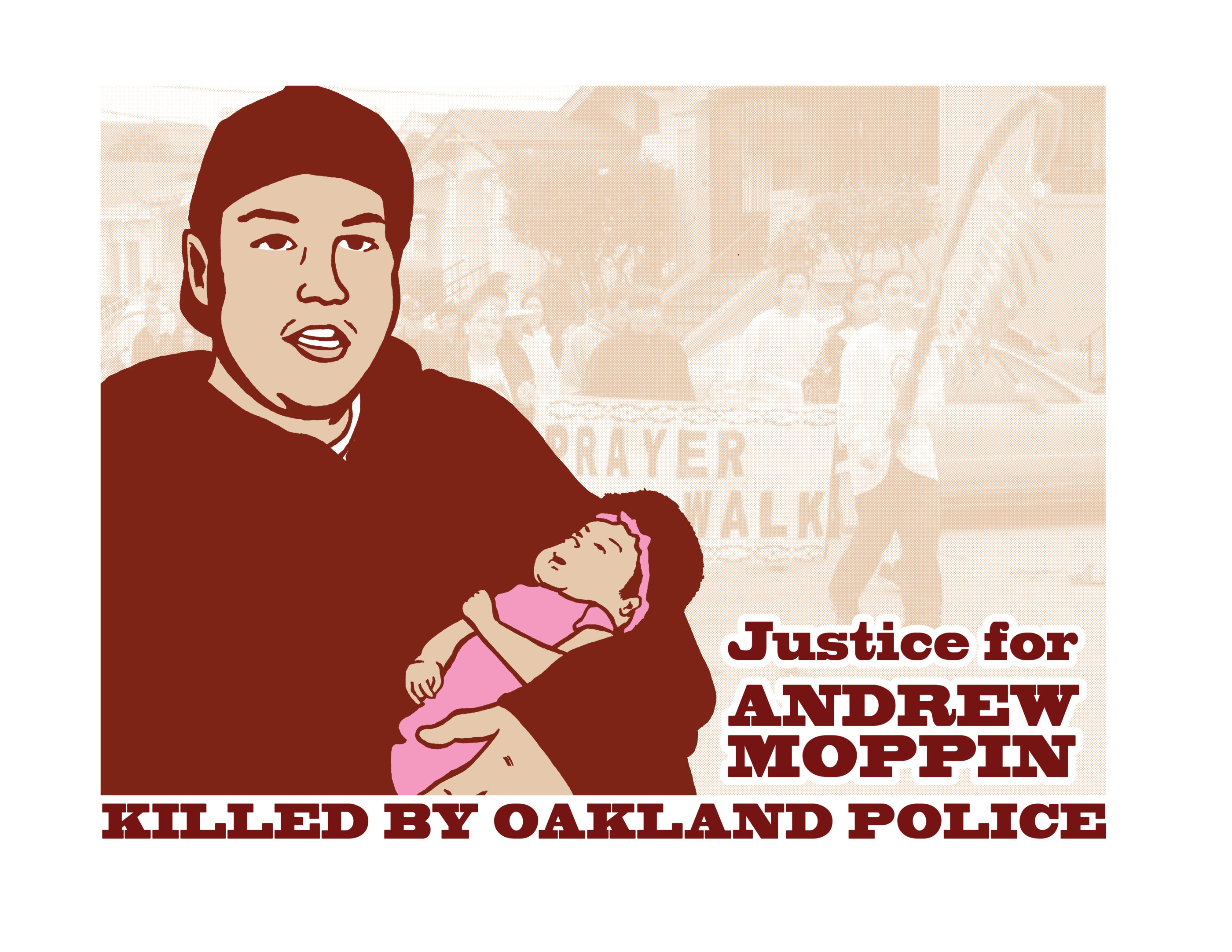 Melanie Cervantes and Jesus Barraza (Dignidad Rebelde) was invited to host a banner painting project for the event described below as well as asked to produce a screenprinted poster that could be used for future actions.

On Wednesday February 4, 2009, Intertribal Friendship House hosted a community forum in response to the continued police brutality as made light in the recent shooting of Oscar Grant III. One year earlier, another fatal police shooting took place on New Years Eve.

On December 31st at 7:33 PM, officers of the Oakland Police Department fatally shot Andrew Moppin in the back. Andrew Moppin (Comanche/Klamath), a young unarmed 20-year-old man, had a $411 warrant out for his arrest for evading BART fare. Six months after Officer Hector Jimenez shot and killed Andrew Moppin, Jody “Mack” Woodfox III, 27, was also fatally shot in the back by the same officer of the Oakland Police Department. He was also found to be unarmed. The fatal shootings of Andrew Moppin, Jody “Mack” Woodfox III and Oscar Grant III are not isolated incidents and a reality in our communities of continued police brutality. Speakers shared a list of demands including:

3) That the U.S. Justice Department investigates the incident as a violation of civil rights;

4) Family Members and Friends of the Moppin and Woodfox families and all those that have been affected by police brutality have access to Healing Justice resources that are culturally sensitive to their needs.

5) Accountability on why it took one year to release the police report detailing the incident of the shooting of Andrew Moppin. 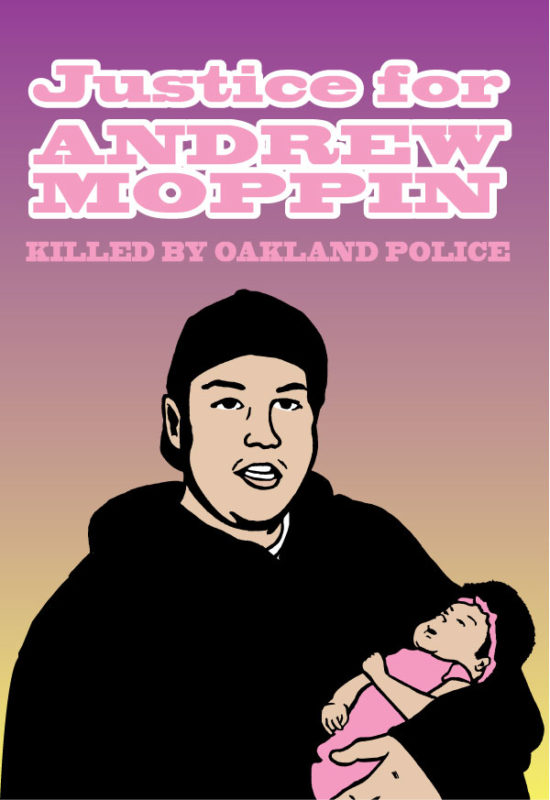