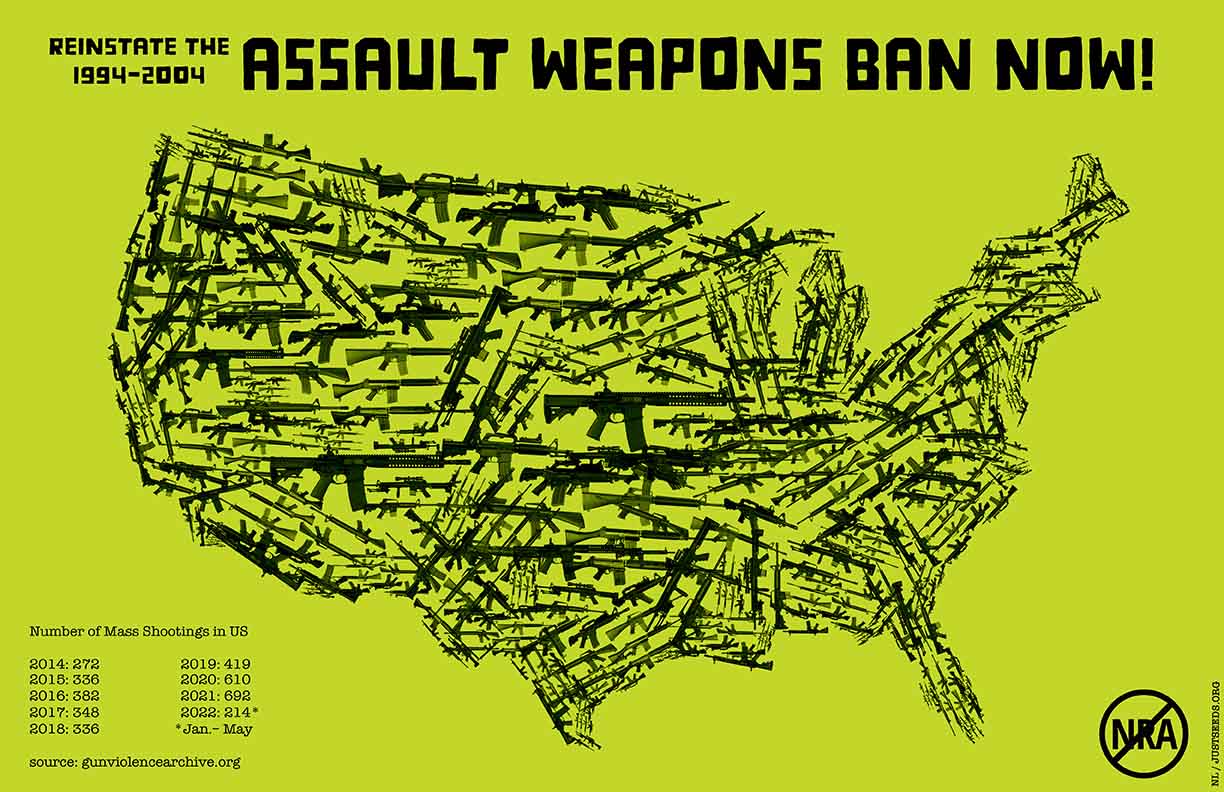 The 1994-2004 Assault Weapons Ban was allowed to transpire and we are now seeing the tragic outcome  of this erroneous decision with the rise of mass shootings and gun violence. The US is now awash in military-style weapons that in some states 18-years olds can purchase with insufficient background checks. Republican senators in the pockets of the NRA continue to block any sensible gun reform laws that would strengthen background checks and ban military-style assault weapons. This needs to change.