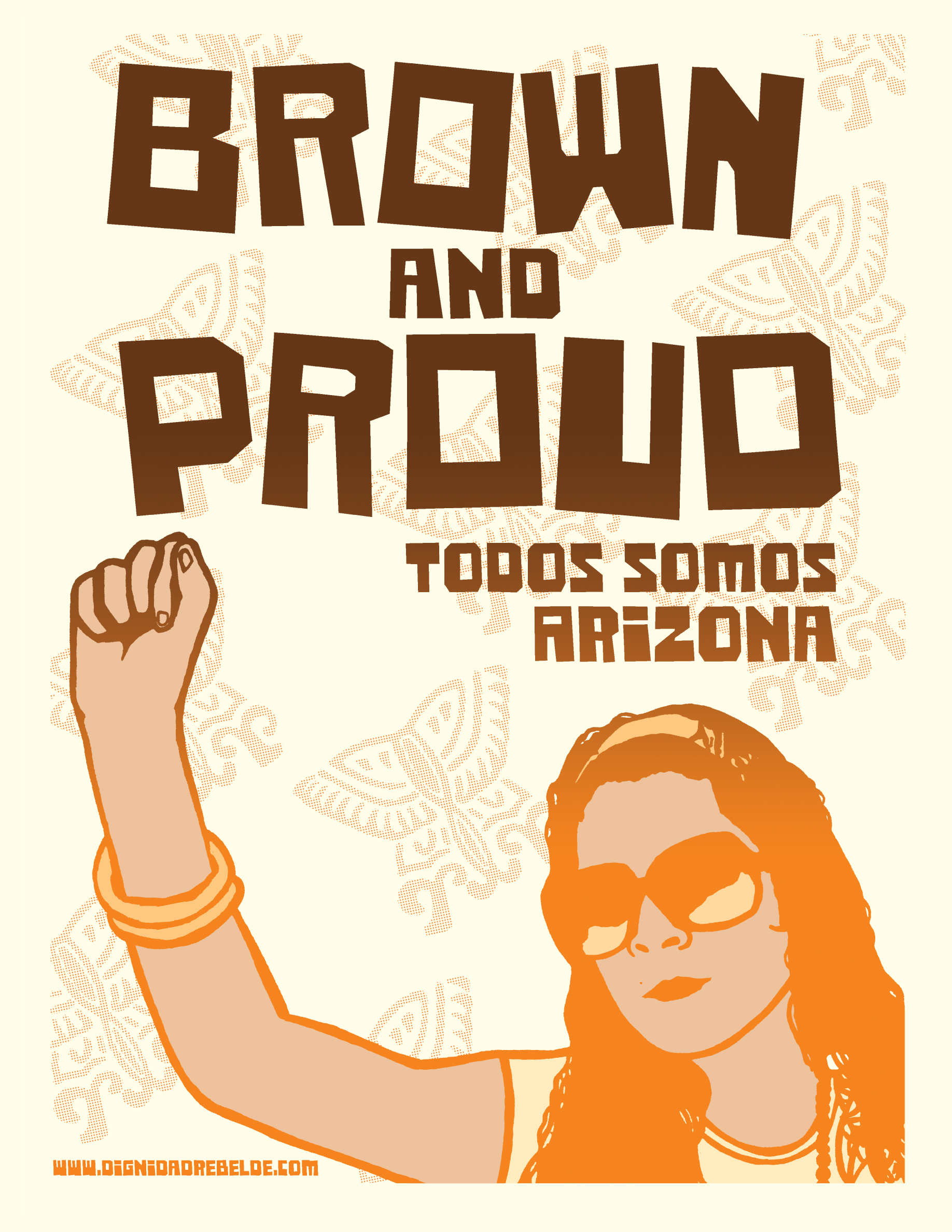 This is a PDF format poster version of the Brown and Proud poster that I created in 2010 in response to Arizona passing SB 1070 into law. The law will allow local “law enforcement” legally use racial profiling to harass anyone they respect “who is an alien and who is unlawfully present in the U.S.”

In order to create a message of cultural affirmation and pride, in a climate where being brown means you are a target of suspicion and abuse, I created this design using the slogan Brown and Proud. The illustration I created of my the main character in my poster is a portrait of a young Xicana from Oakland named Leslie. I also wanted to use a stylized butterfly that is based on glyphs found in Azcapotzalco an area of what is now Mexico City. I used the butterflies to symbolize how migration moves in the natural world. The “Todos Somos Arizona” sub-slogan was influenced by the collectively focused Zapatista slogans such as Todos Somos Ramona. Our worldview is heavily influenced by the uprising of the Zapatistas social movement against the rise of Neoliberal politics.