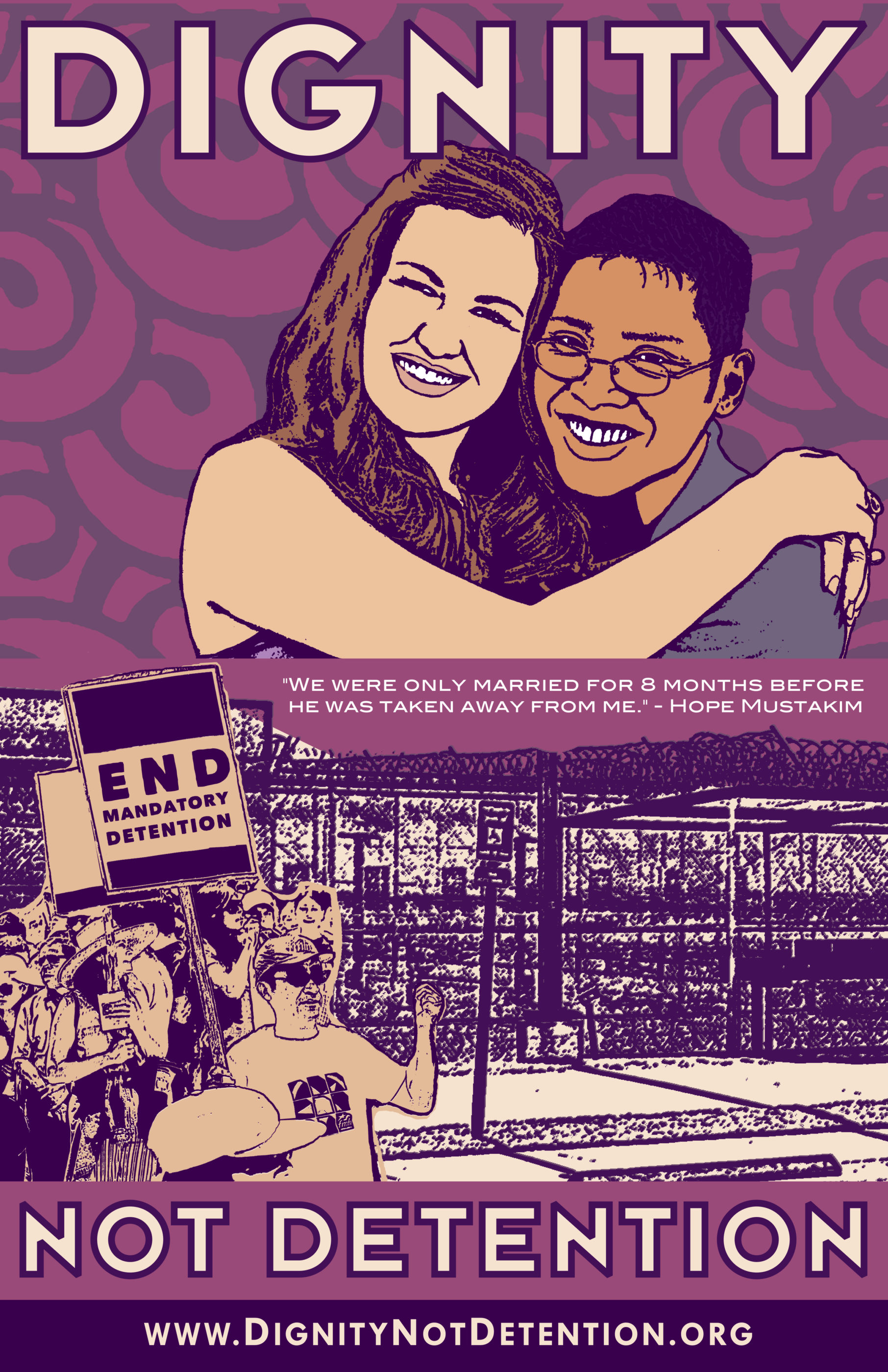 April 2012, marks the 15-year anniversary of the implementation of harsh immigration laws (including the Illegal Immigration Reform and Immigrant Responsibility Act) that have led to the detention and deportation of millions of immigrants. In order to help raise awareness about the impact mandatory detention is having on communities and society at large Detention Watch Network and Dignidad Rebelde have joined forces to create a graphic campaign to call attention to this pressing issue.