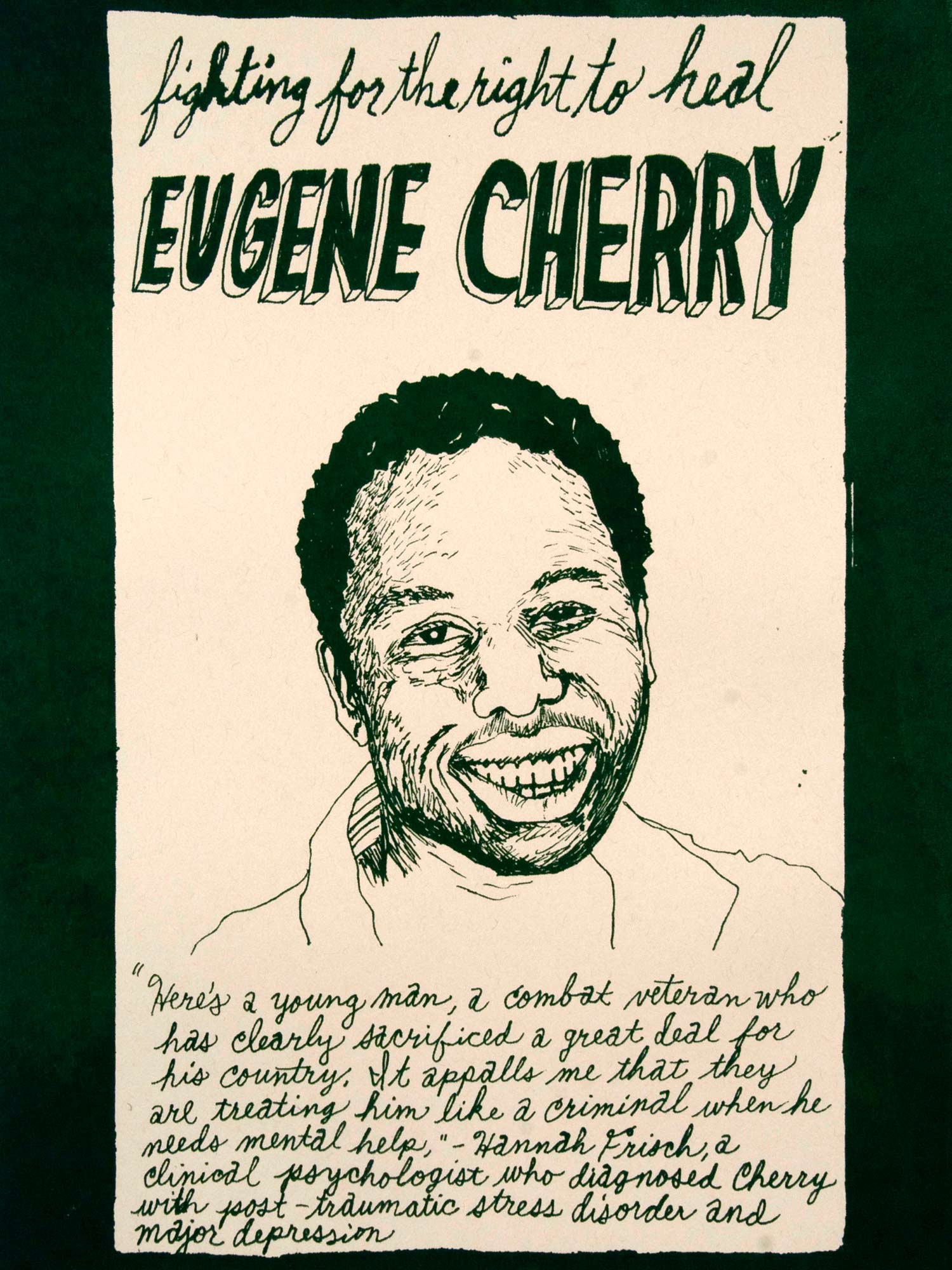 This print was made as part of the Iraq Veterans Against the War / Justseeds Action in Chicago, “Operation Exposure: War is Trauma.” The action was a direct response to the suicide epidemic and violation of GI’s right to heal within the GI and veteran community.

The small text on the print reads, “Here’s a young man, a combat veteran who has clearly sacrificed a great deal for his country. It appalls me that they are treating him like a criminal when he needs mental help.” -Hannah Frisch, a clinical psychologist who diagnosed Cherry with post-traumatic stress disorder and major depression.