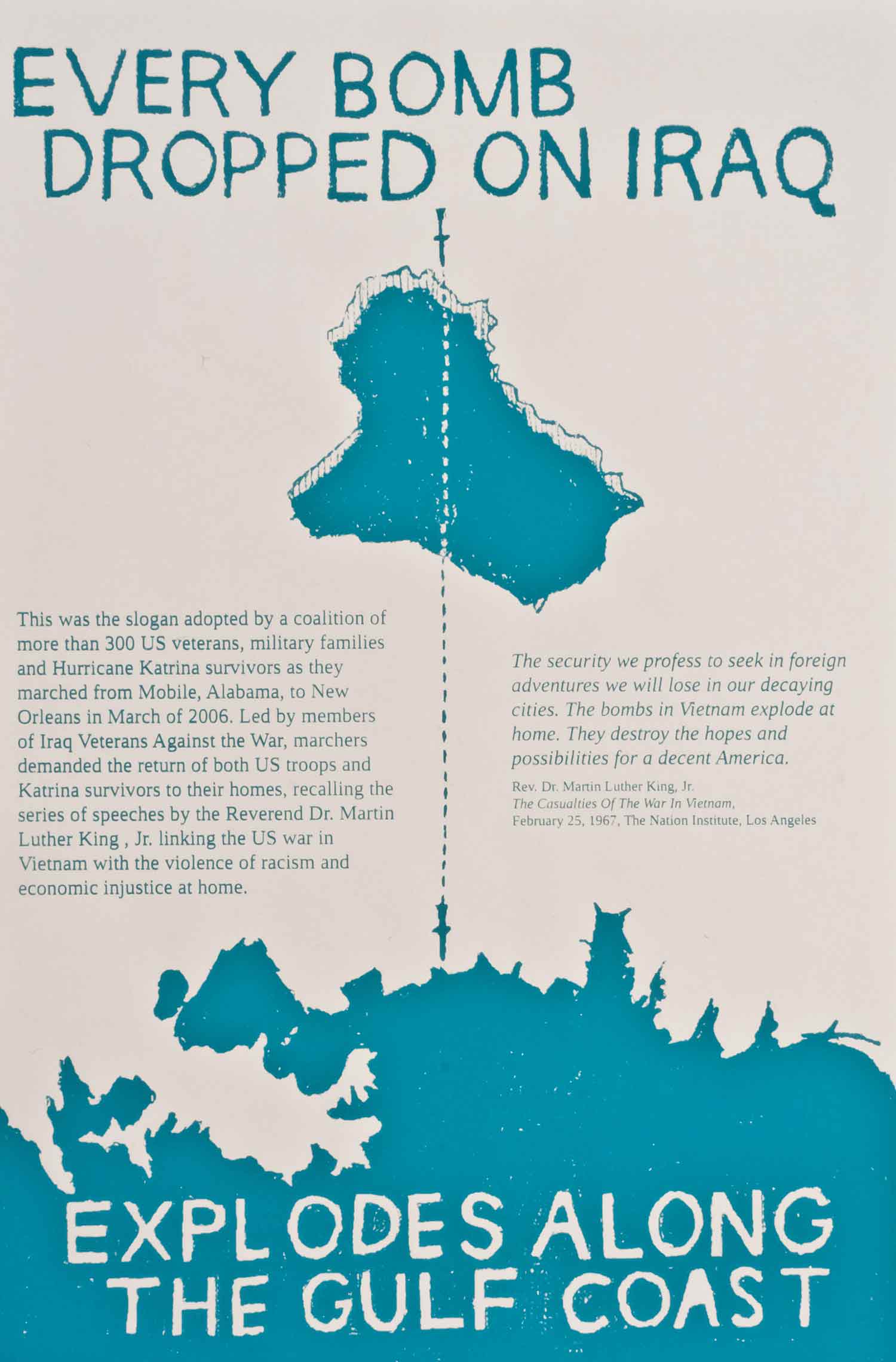 Celebrating the 2006 “Walkin’ to New Orleans” march organized by Veterans for Peace and IVAW, Every bomb dropped on Iraq explodes along the gulf coast, derived from a slogan used by the marchers (a coalition of over 300 veterans, military families and Hurricane Katrina survivors), recalls the later speeches of Rev. Dr. Martin Luther King, Jr. tying U.S. militarism abroad to the violence of racism and economic injustice at home. The marchers broke down the barriers that too often separate those struggling against injustices of racism, capitalism, and militarism, even if only temporarily.

Ryan Griffis and Sarah Ross are artists, activists, and educators based in Chicago and urbana, Illinois.