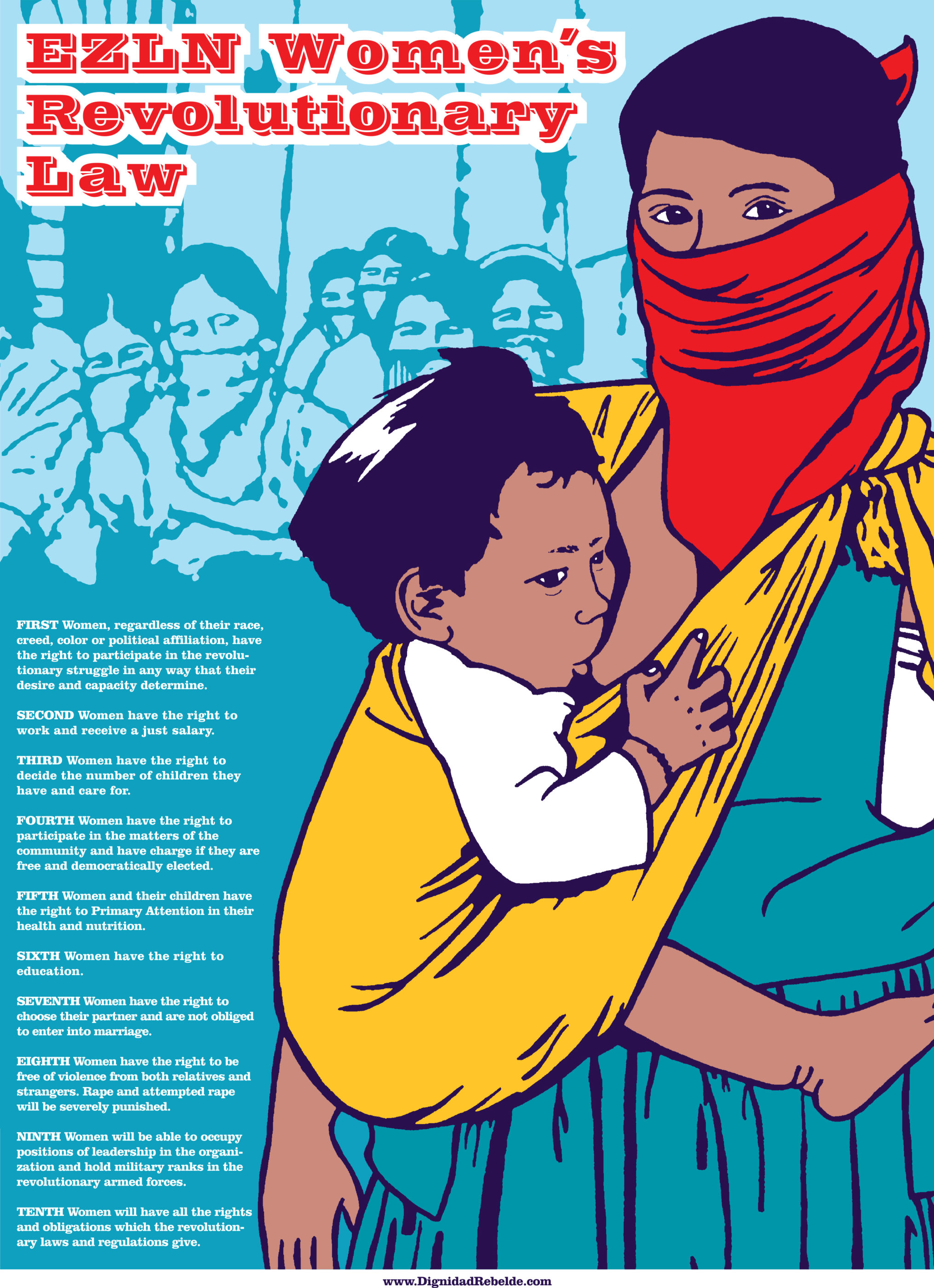 The first collaborative design by Dignidad Rebelde’s Melanie Cervantes and Jesus Barraza,this poster was created to celebrate Zapatista Women and the EZLN Women’s Revolutionary Law. Originally a handmade limited edition screen print we have created this digital version at an affordable price so that moe people can have a copy.

In the just fight for the liberation of our people, the EZLN incorporates women into the revolutionary struggle, regardless of their race, creed, color or political affiliation, requiring only that they share the demands of the exploited people and that they commit to the laws and regulations of the revolution. In addition, taking into account the situation of the woman worker in Mexico, the revolution supports their just demands for equality and justice in the following Women’s Revolutionary Law.

First: Women, regardless of their race, creed, color or political affiliation, have the right to participate in the revolutionary struggle in a way determined by their desire and capacity.

Second: Women have the right to work and receive a just salary.

Third: Women have the right to decide the number of children they will have and care for.

Fourth: Women have the right to participate in the affairs of the community and hold positions of authority if they are freely and democratically elected.

Fifth: Women and their children have the right to primary attention in matters of health and nutrition.

Sixth: Women have the right to an education.

Seventh: Women have the right to choose their partner, and are not to be forced into marriage.

Eighth: Women shall not be beaten or physically mistreated by their family members or by strangers. Rape and attempted rape will be severely punished.

Ninth: Women will be able to occupy positions of leadership in the organization and hold military ranks in the revolutionary armed forces.

Tenth: Women will have all the rights and obligations elaborated in the Revolutionary Laws and regulations.