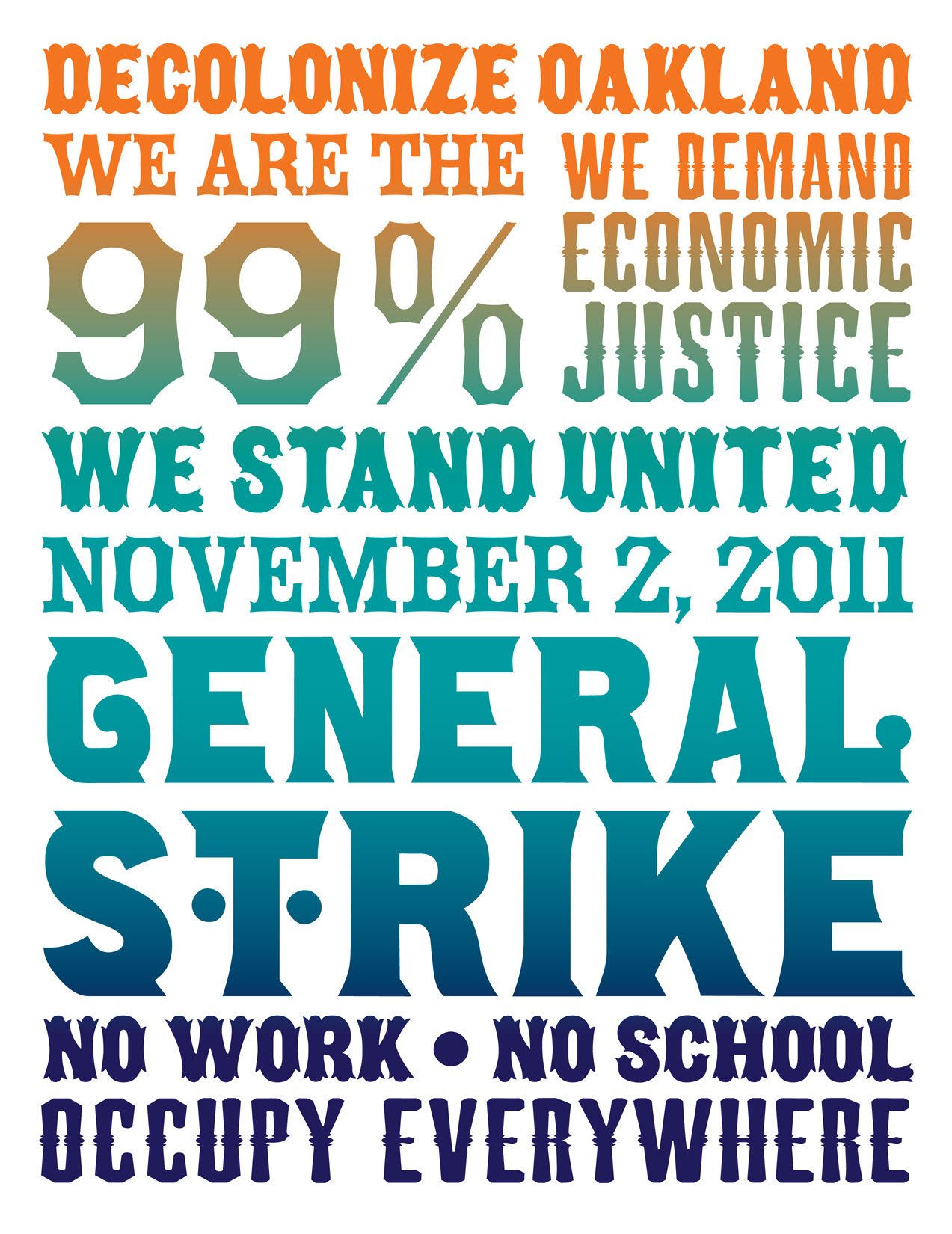 A new 8.5 x 11 downloadable poster available. Click HERE to download.
I was inspired to make this poster after leaving the General Assembly at Oscar Grant Plaza in Oakland last night, I was really moved by the people the people sharing their stories and calling for a General Strike. There was one father there who told the crown about his four sons that were arrested on Tuesday night during the police riot in downtown Oakland, and how proud he was of them. He then started to chant Strike! Strike! Strike! and everyone started chanting with him. It was very powerful. I wanted to make design an announcement, something people can use to post and encourage as many people as possible to show their power and stand united under the call of a General Strike. I think this movement can be very powerful, I hope this inspires other General Assemblies across the country to call for a Strike in their city.

Here are some posters that I have never had online because I didn’t have an elctronic file or jpeg. Recently we have been working on documenting all the prints and…

15 years ago, on new years day the EZLN declared war on the Mexico, taking over the town of San Cristobal de las Casa in Chiapas in an attempt to…