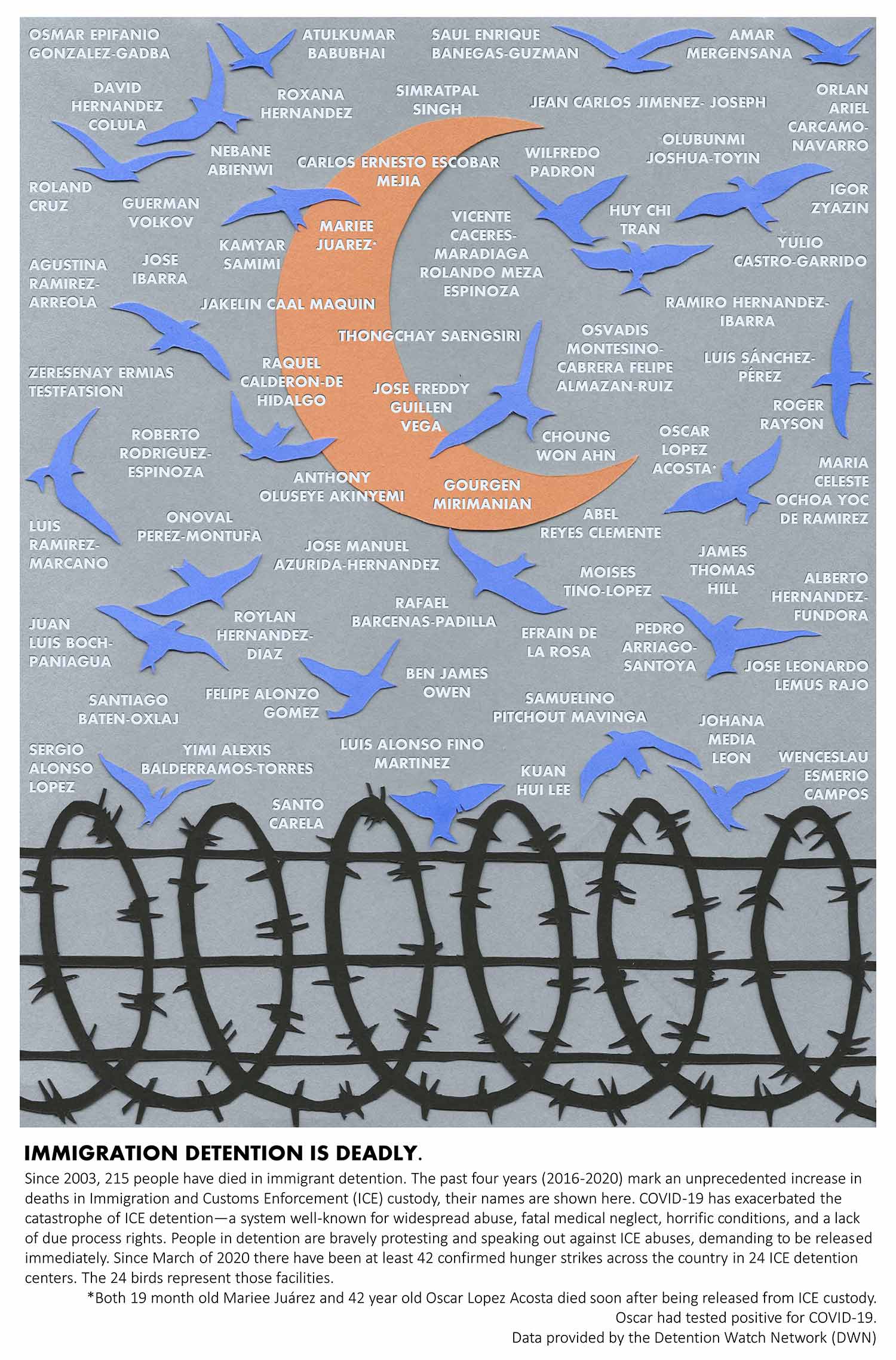 Since 2003, 215 people have died in immigrant detention. The past four years (2016-2020) mark an unprecedented increase in deaths in Immigration and Customs Enforcement (ICE) custody, their names are shown here. COVID-19 has exacerbated the catastrophe of ICE detention—a system well-known for widespread abuse, fatal medical neglect, horrific conditions, and a lack of due process rights. People in detention are bravely protesting and speaking out against ICE abuses, demanding to be released immediately. Since March of 2020 there have been at least 42 confirmed hunger strikes across the country in 24 ICE detention centers. The 24 birds represent those facilities.