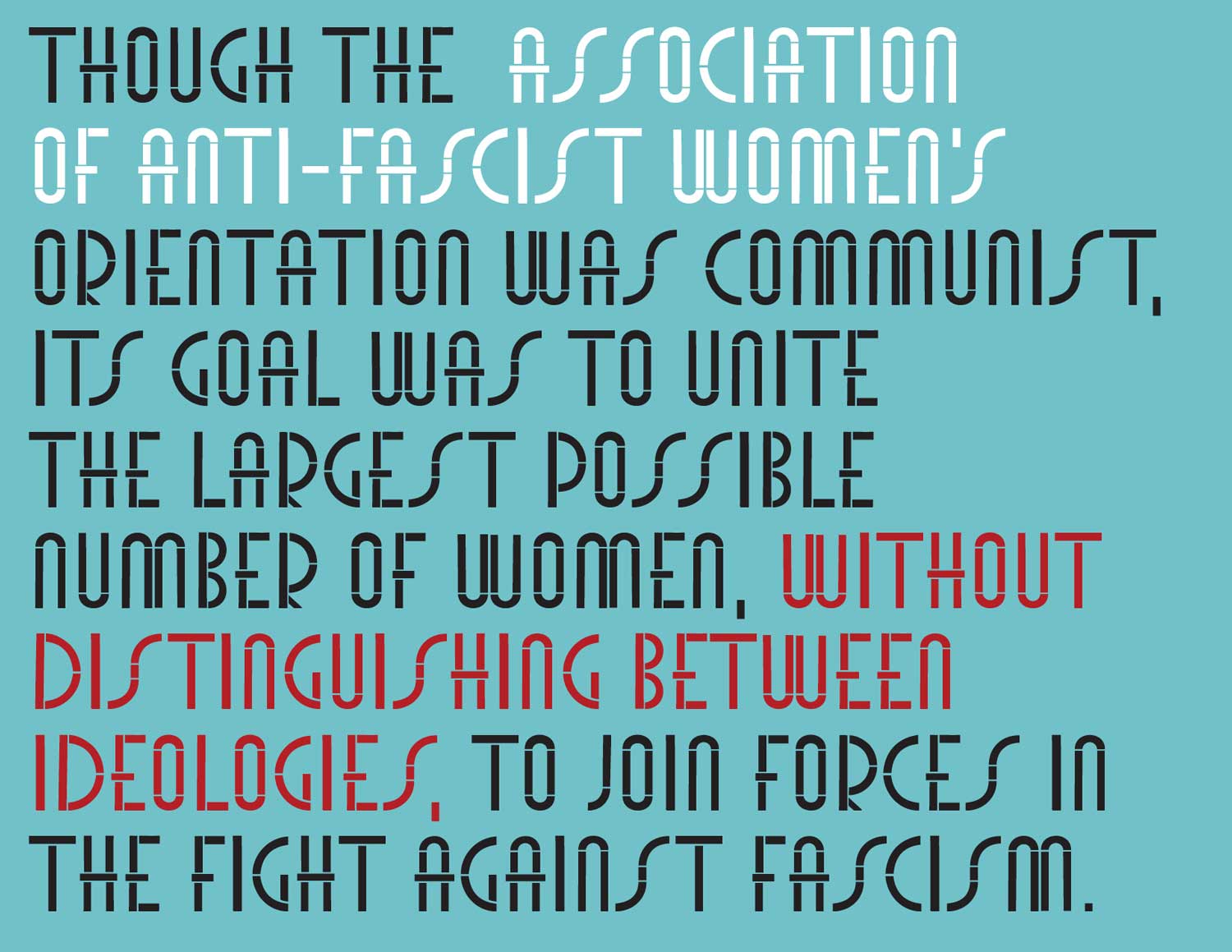 The fonts in this pack are created from letterforms found in a couple of publications associated with the Spanish Civil War era feminist communist organization Agrupación de Mujeres Antifascistas (AMA).

I based the first font on a small hand-drawn inner-page headline (on the right, below) that appeared in Mujeres- Revista Mensual del Comité Nacional de Mujeres Antifascistas, a monthly publication of the Valencia AMA.

Slab serif fonts were especially popular in Spanish graphic design from that era and this particular slab serif really stuck to me as it was deliciously irregular. It has a right serif off the ‘A’, a left serif off only the bottom of the ‘E’, and a left serif that appears then later disappears from the ’N’. I imagined someone attempting to make a quick headline the night before everything had to go to press, drawing out this text, and thinking, “Looks pretty good!’ I took the small selection of letterforms in this sample and constructed the rest of the alphabet (now titled Valencia AMA). This version in the font pack includes profuse alternate glyphs so you can make your own unilateral serifs point whatever direction you please. After that, I made a more consistent version (with bilateral serifs), then a sans serif version, and finally a non-oblique (upright) sans serif version; a total of four fonts in this family. 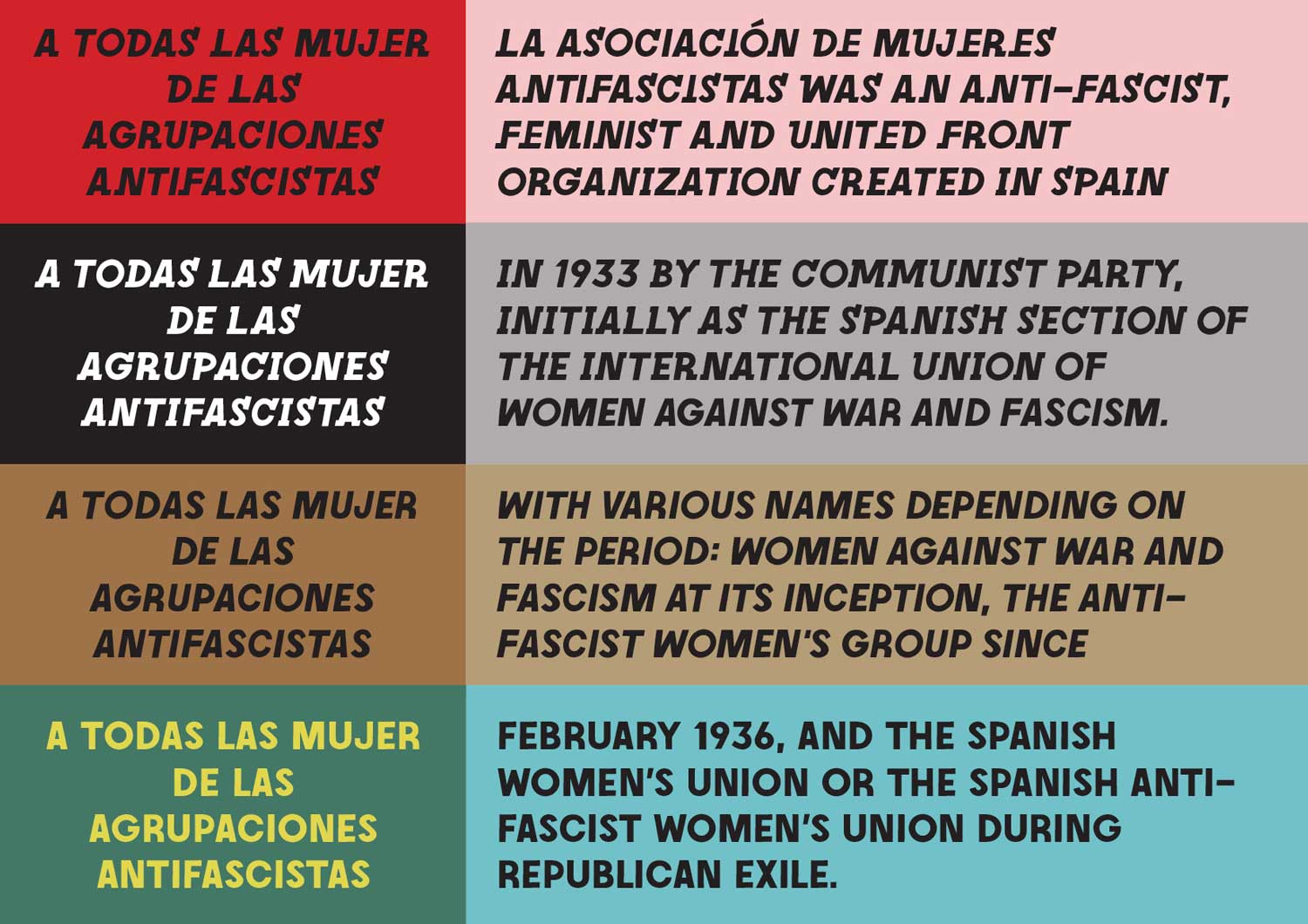 The second font I chose is a lovely and rather severe stencil font consisting of thin geometrical rectangles and gentle 90 degree curves. Modular, de/constructed, fonts like this were fairly common in avant garde art publications from this time, but it was surprising to see one pop up in a political publication. This font looks like it might have been created on a composing tray, built up by putting together smaller pieces of cast metal type. This came from the inner pages of the Bilbao AMA magazine–Mujeres: Organo del Comité Mujeres Contra la Guerra Imperialista y el Fascismo (this publication also had a spectacular and electrifying masthead which I will post at the bottom of the page).

The revolutionaries in the Spanish Civil War had a staggering degree of talent across all aspects of the graphics arts–especially so in illustration and typography, samples of which are rather hard to find outside of the region. I’ll be digging up and adapting more fonts from publications from this era (Mujeres, Mujeres Libres, Pasionaria) over the next couple months. 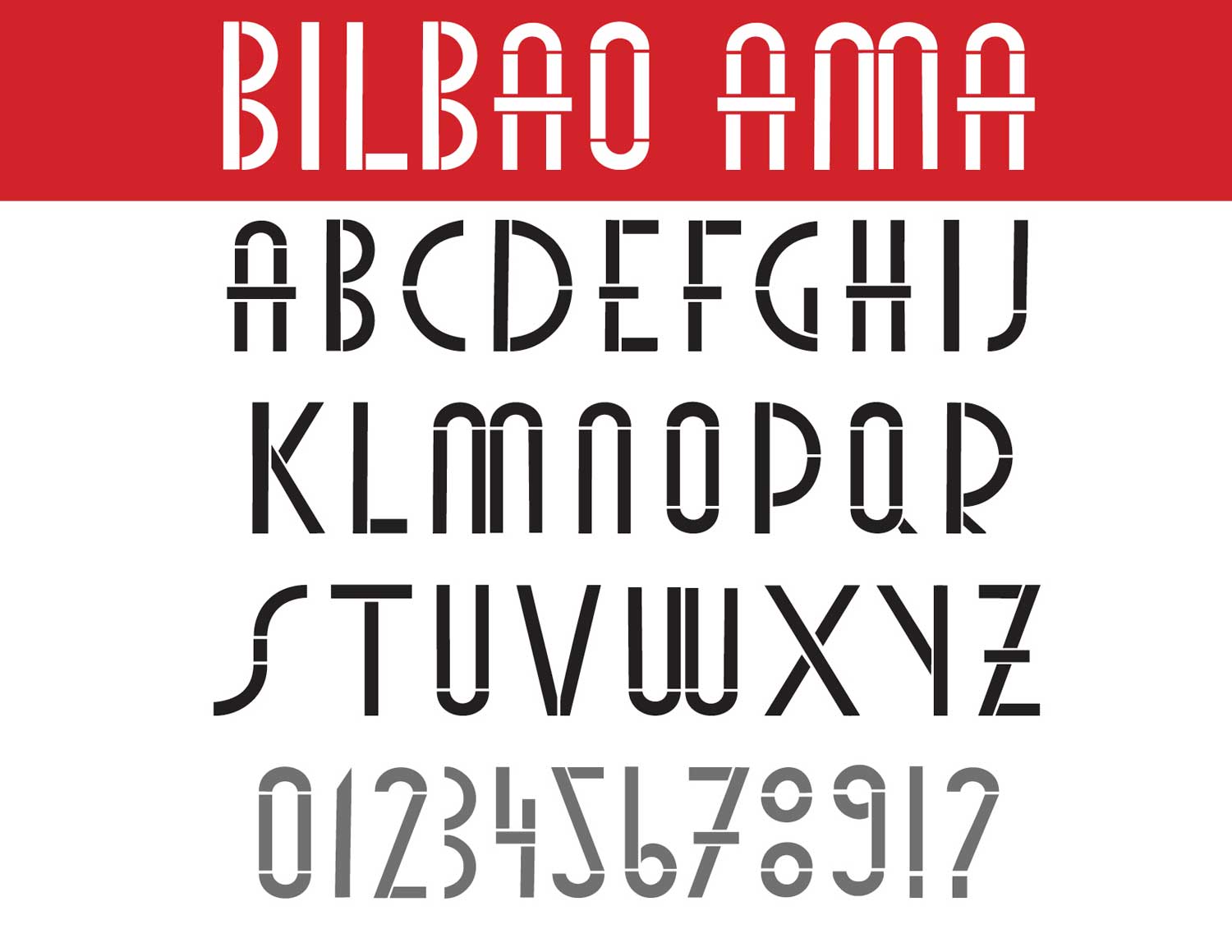 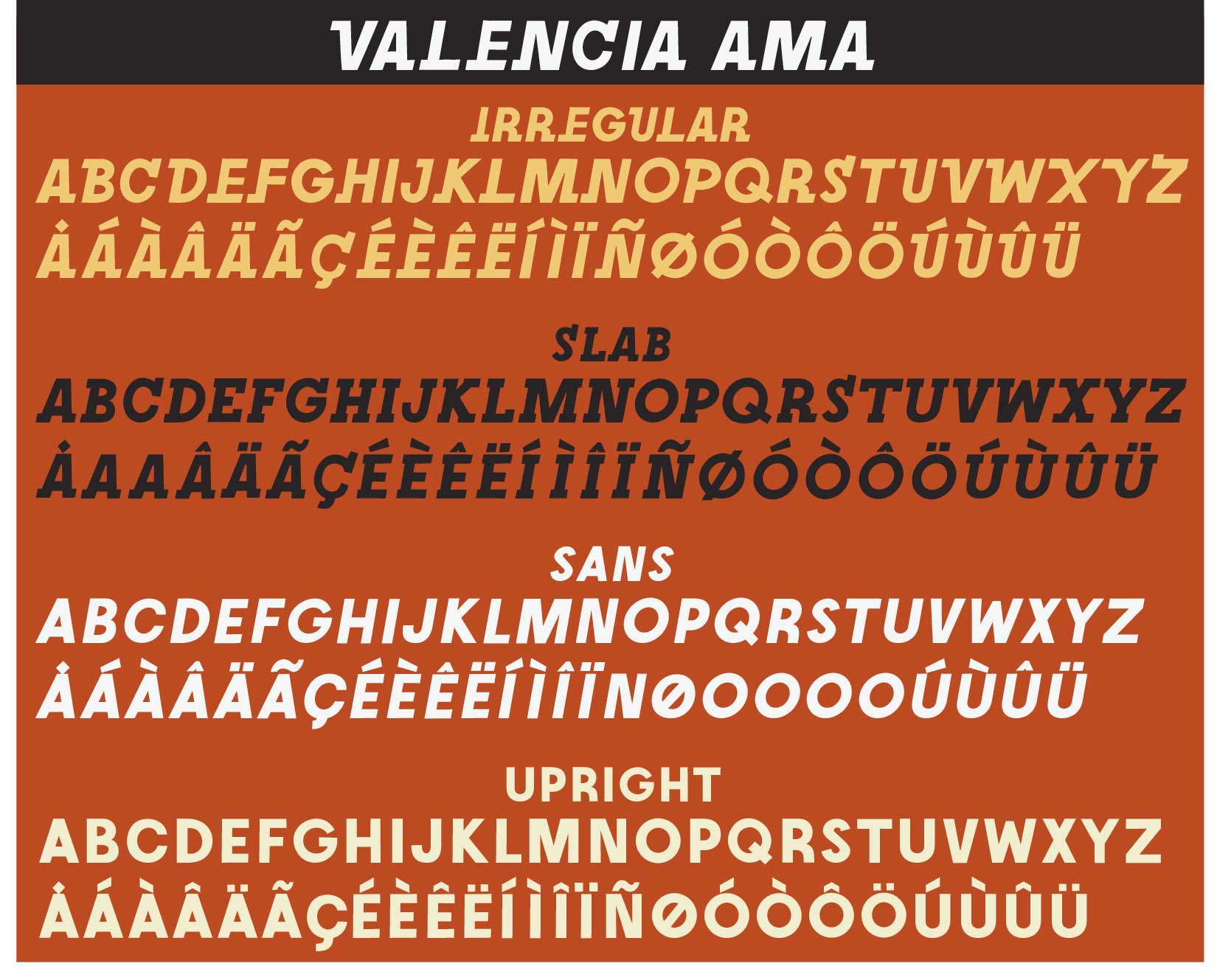