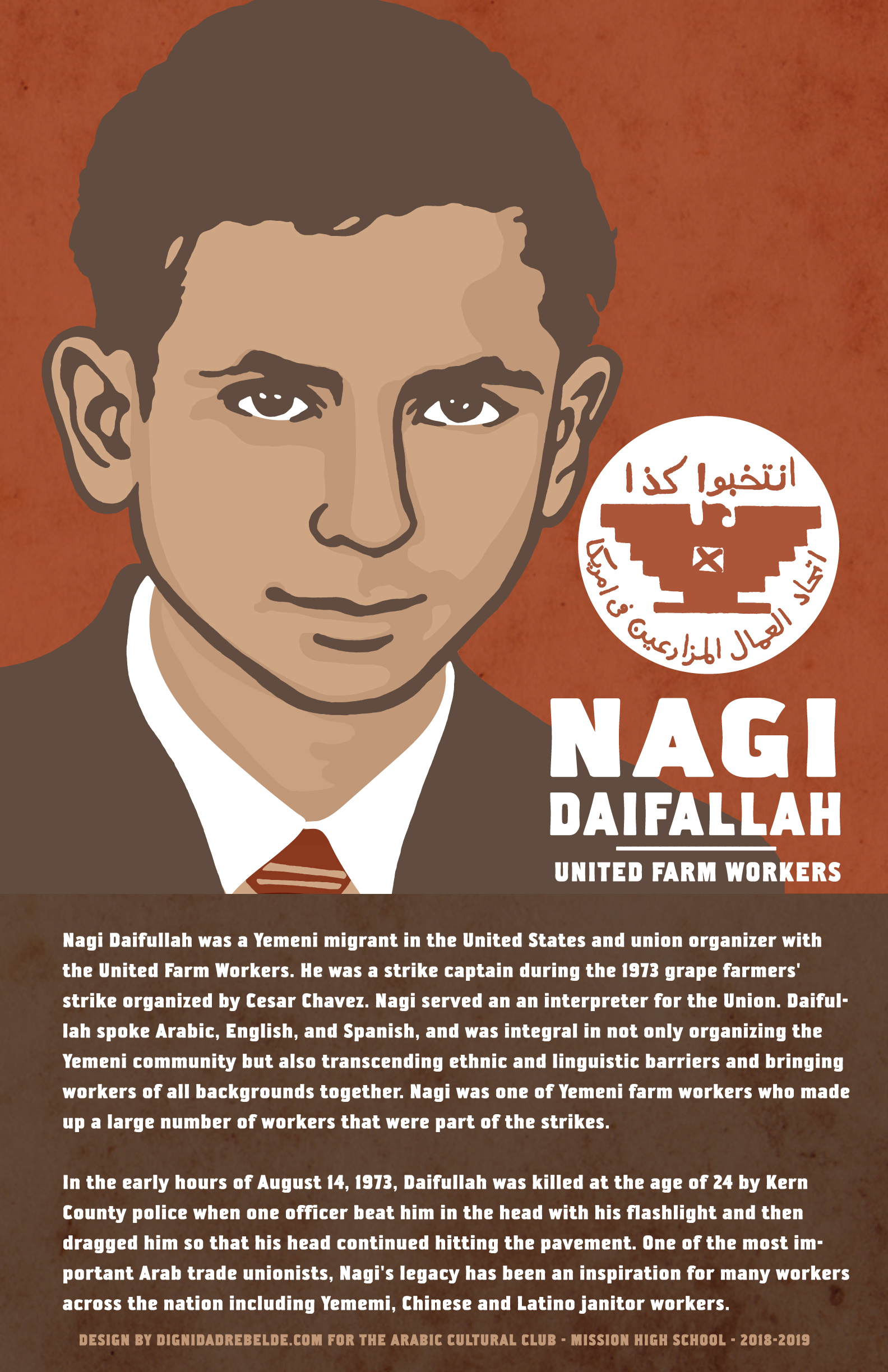 Nagi Daifullah was a Yemeni migrant in the United States and union organizer with the United Farm Workers. He was a strike captain during the 1973 grape farmers’ strike organized by Cesar Chavez. Nagi served an an interpreter for the Union. Daifullah spoke Arabic, English, and Spanish, and was integral in not only organizing the Yemeni community but also transcending ethnic and linguistic barriers and bringing workers of all backgrounds together. Nagi was one of Yemeni farm workers who made up a large number of workers that were part of the strikes.

In the early hours of August 14, 1973, Daifullah was killed at the age of 24 by Kern County police when one officer beat him in the head with his flashlight and then dragged him so that his head continued hitting the pavement. One of the most important Arab trade unionists, Nagi’s legacy has been an inspiration for many workers across the nation including Yememi, Chinese and Latino janitor workers.
This poster was desifn in collaboration with the Arabic Cultural Club at Mission High School