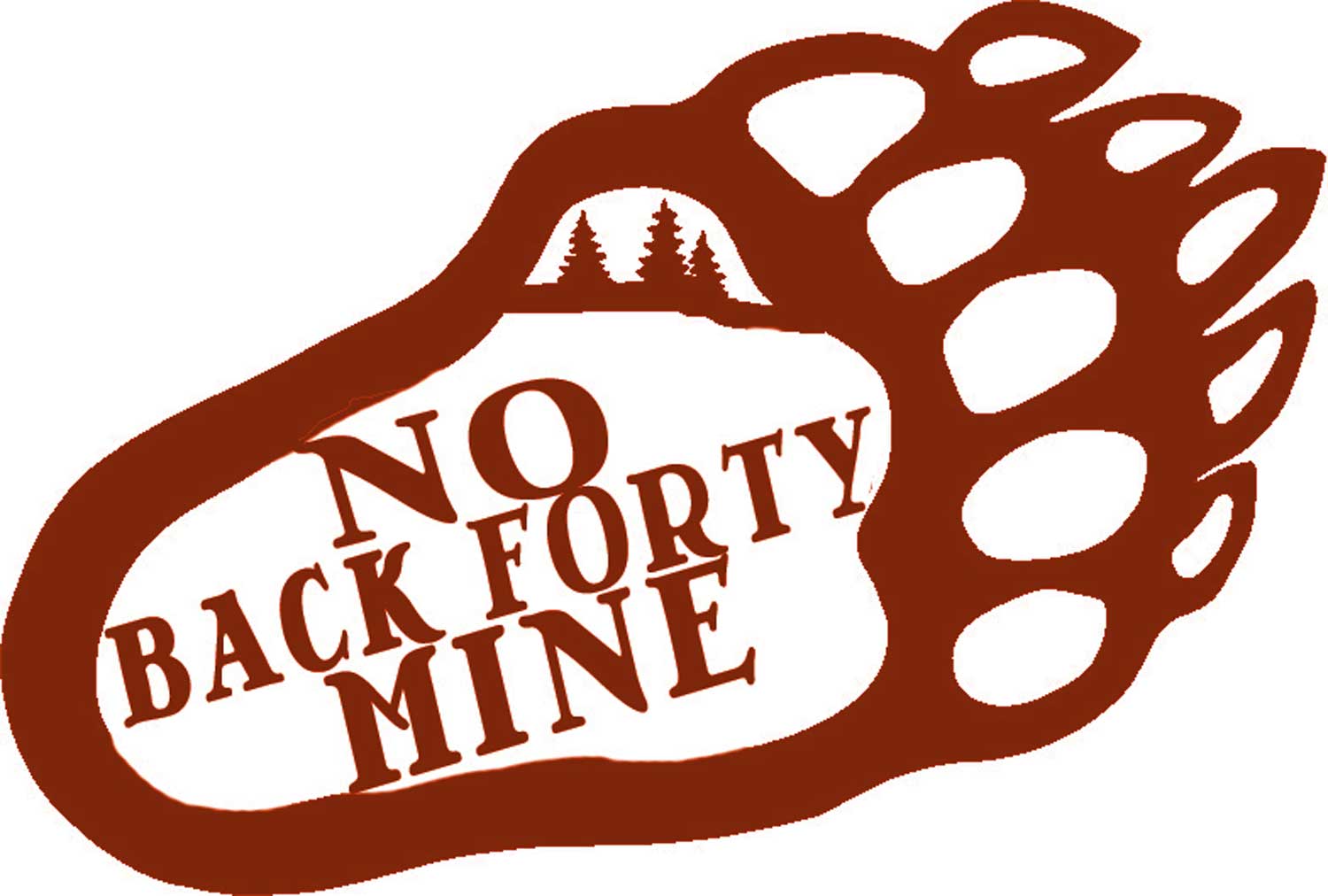 Image is for the movement against the proposed Back Forty Mine on the MI/WI border. (Guy Reiter from the Menominee Tribe guided us on the image ideas and the text. The first Menominee was a Bear which originated from the mouth of the Menominee River) 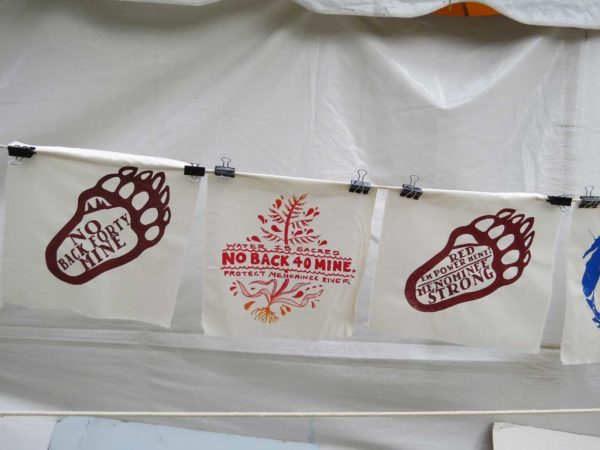