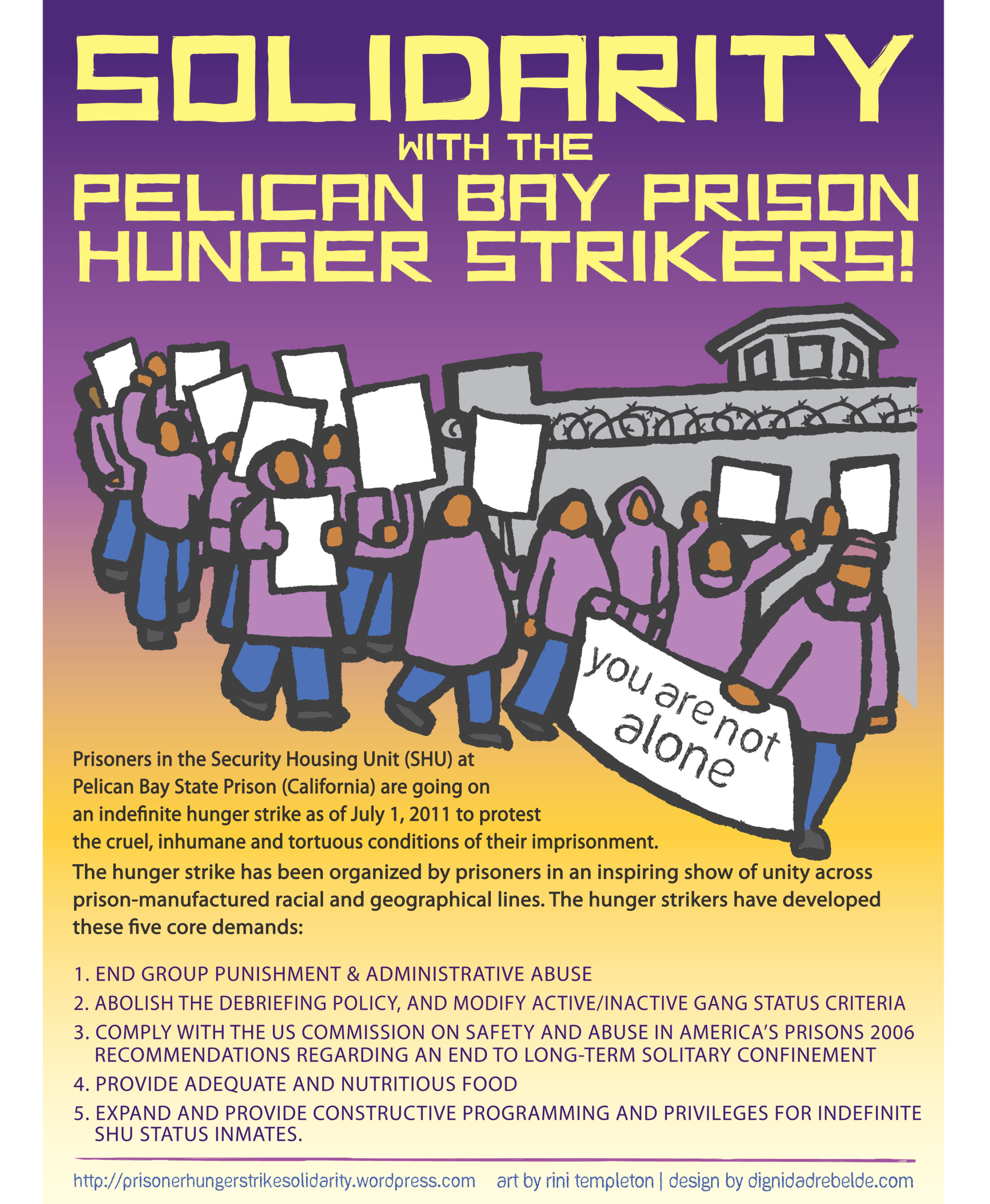 “We know through painful experience that freedom is never voluntarily given by the oppressor; it must be demanded by the oppressed.”-Martin Luther King, Jr., April 16, 1963, Letter From Birmingham City Jail

In a more recent communication a good friend, a freedom fighter wrote, via email, another poignant message:

“I stand with all my brothers still on hunger strike inside the SHUs at Pelican Bay, Corcoran, and all the mainlines in Centinela, Folsom, and all other prisoners throughout California and the nation in solidarity with the hunger strike. Imagine being caged up alone for 23 hours a day in a 6×10 concrete chamber….Imagine that the only human contact in the last 10, 15 years is that of guards putting shackles on you, or a vague recollection of someone who told you she was from the medical field…Imagine if you have not seen, or talked to another African-American person in months, years, or even decades. These brothers are not asking to be released. They are demanding their human rights. They are demanding an end to torture.”