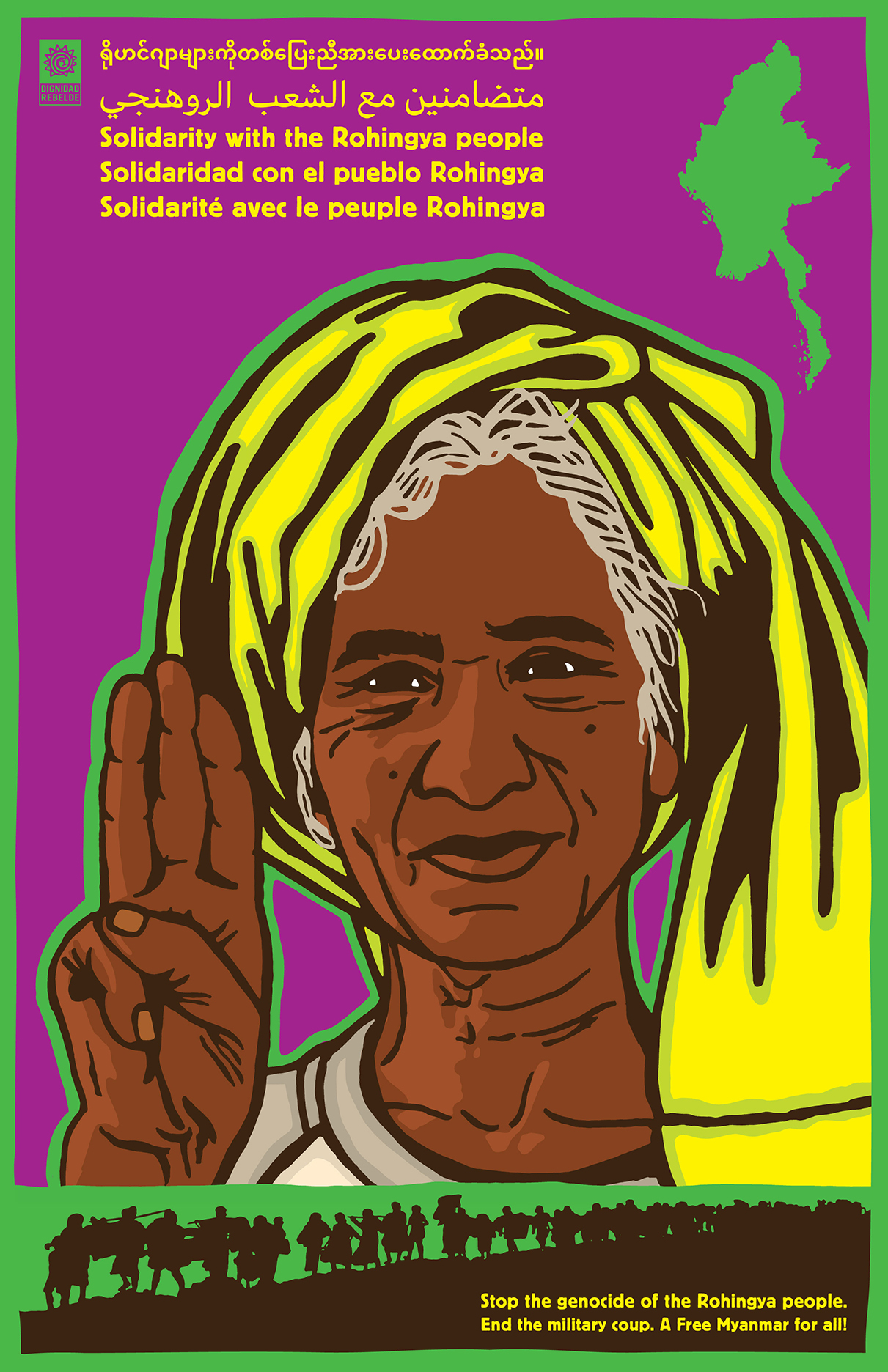 Format
PDF
PDF
Date
Movement
Subjects
Feminisms & GenderGlobal SolidarityIndigenous ResistanceSocial Movements
Dimensions
11" x 17"
File Size
5.72 MB
Download
There is a crisis in Myanmar (Burma). A military coup d’état began on the morning of February 1, 2021 and deposed leader Aung San Suu Kyi is being detained under house arrest. During pro-democracy protests the military has shot at least 200 protesters and arrested nearly 2,200 people, and beatings and torture are being reported with increasing regularity. Governments around the world are calling for the restoration of Myanmar’s elected government though today 14  house Republicans voted against a measure condemning the coup. In 2017, Myanmar’s army led a genocidal campaign of killings, rape and beatings against the Rohingya people who are Muslim minority (in the majority Buddhist Rakhine State) that drove nearly a million refugees to Bangladesh. This is an example of Islamophobia fueling violence and crimes against humanity. And to complicate matters as the BBC news put it “the spectacle of Aung San Suu Kyi, a once-persecuted Nobel peace laureate now defending her country against allegations of genocide over its treatment of the Rohingya minority, has been one of bewildering irony.”(Dec. 2019) So when I saw a photo, taken by Faisal Arakani, of this Rohingya woman, a refugee in the Bangladesh camps doing the three-finger salute to signal solidarity with the people of Myanmar the layers of  struggle landed heavily on my heart . This poster is a meditation on the complexities  of what is happening in Myanmar. It is an invitation to you, the viewer to learn more about these issues. One resource is from Rohingya citizen journalists who are risking their safety to share information with each other and the world www.rohingyablogger.com