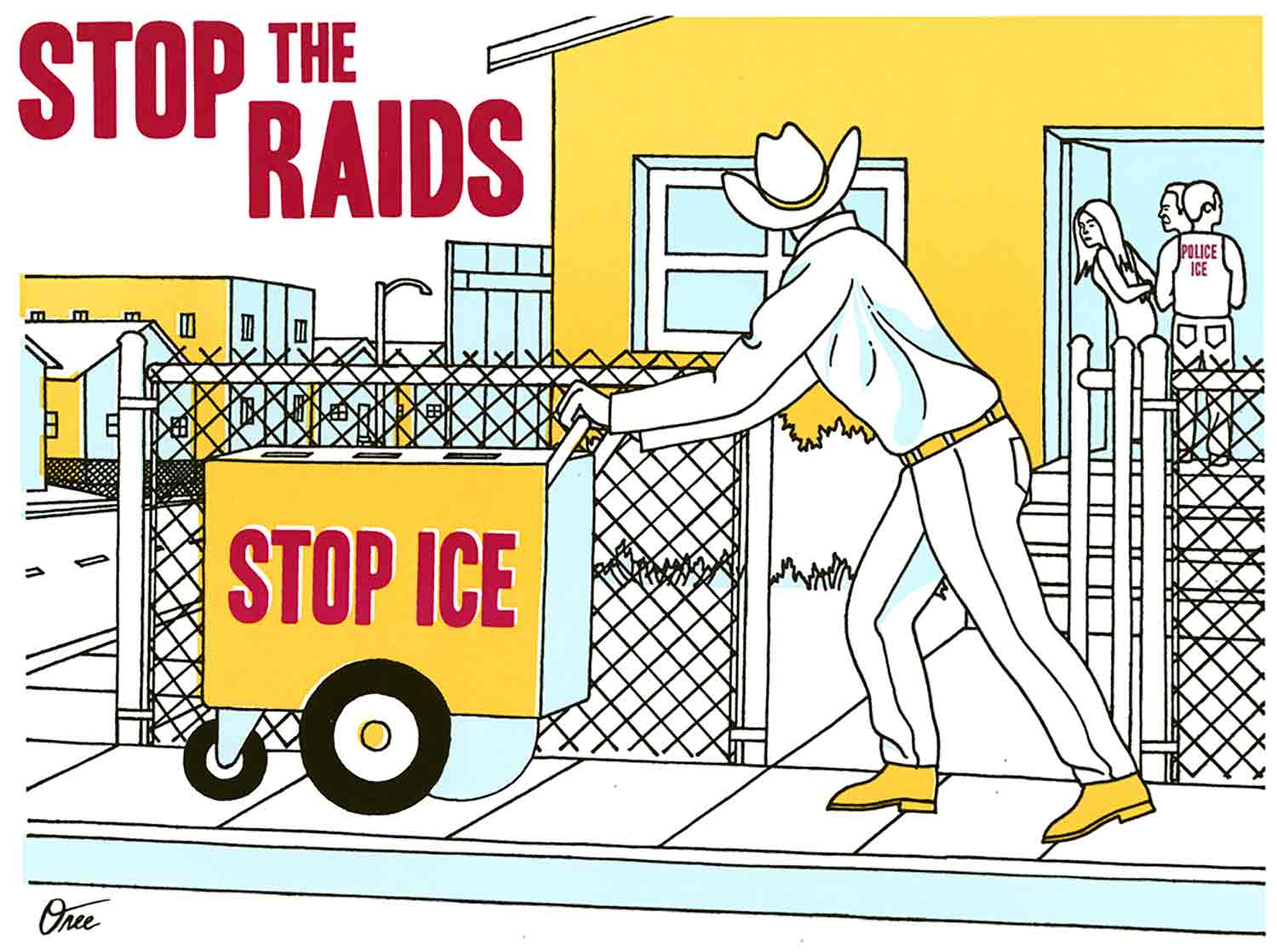 Born in Los Angeles, Oree Originol is a self taught artist who explores geometry, ancient symbolism, and the imagination in his art work. Influenced by Pre-Columbian iconography remixed with his contemporary interpretation of the universe, Oree constructs hypnotic patterns using shapes and structures. His complex arrangements interpose triangles, circles, and other shapes with solid colors to develop vibrating relationships of space, giving his compositions an infinite life of endless possibilities. Oree currently resides in Oakland, California where he has been merging his art practice with social justice movements, including immigration.