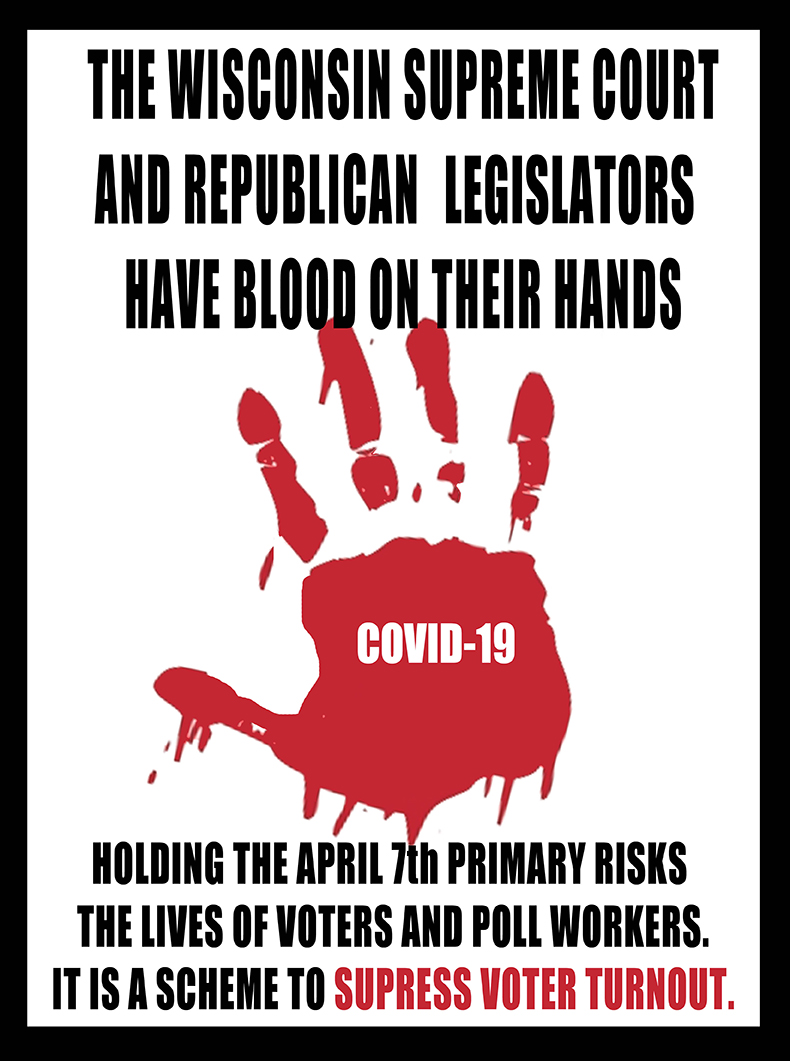 COVID19 Mutual Aid, Get Out the Vote

No one should ever have to choose between protecting their health and exercising their right to vote, but that is the scenario Wisconsin voters face as the Wisconsin Supreme Court rejected Governor Tony Evers decision to move the Primary election from April 7th to mid-June. The Republican legislator led by Vos and Fitzgerald (the same crooks who brought us ACT 10 in 2010) pushed to have the Primary on April 7th despite the state and country being under Stay-at-Home orders during the Covid 19 pandemic. These crooks are trying to steal another Wisconsin Supreme Court seat and they know that having the Primary during a pandemic will produce a low turnout, especially in Milwaukee where only 5 polling stations out of 180 will be open. This has national implications. Republicans have been trying to remove over 200,000 Wisconsin voters from the registration roll for the upcoming November Presidential election and a Republican-leaning Supreme Court could possibly achieve those ends. (Remember that Wisconsin is considered a key swing state that could decide the 2020 Presidential election.) Republicans have long since had to steal elections to win them, but now they are literally endangering public safety. Voters and poll workers are now risking their health (and possibly their lives) to vote, while potentially spreading the virus to others. April 7, 2020 will go down as the most corrupt, unsafe, undemocratic election in Wisconsin’s history.