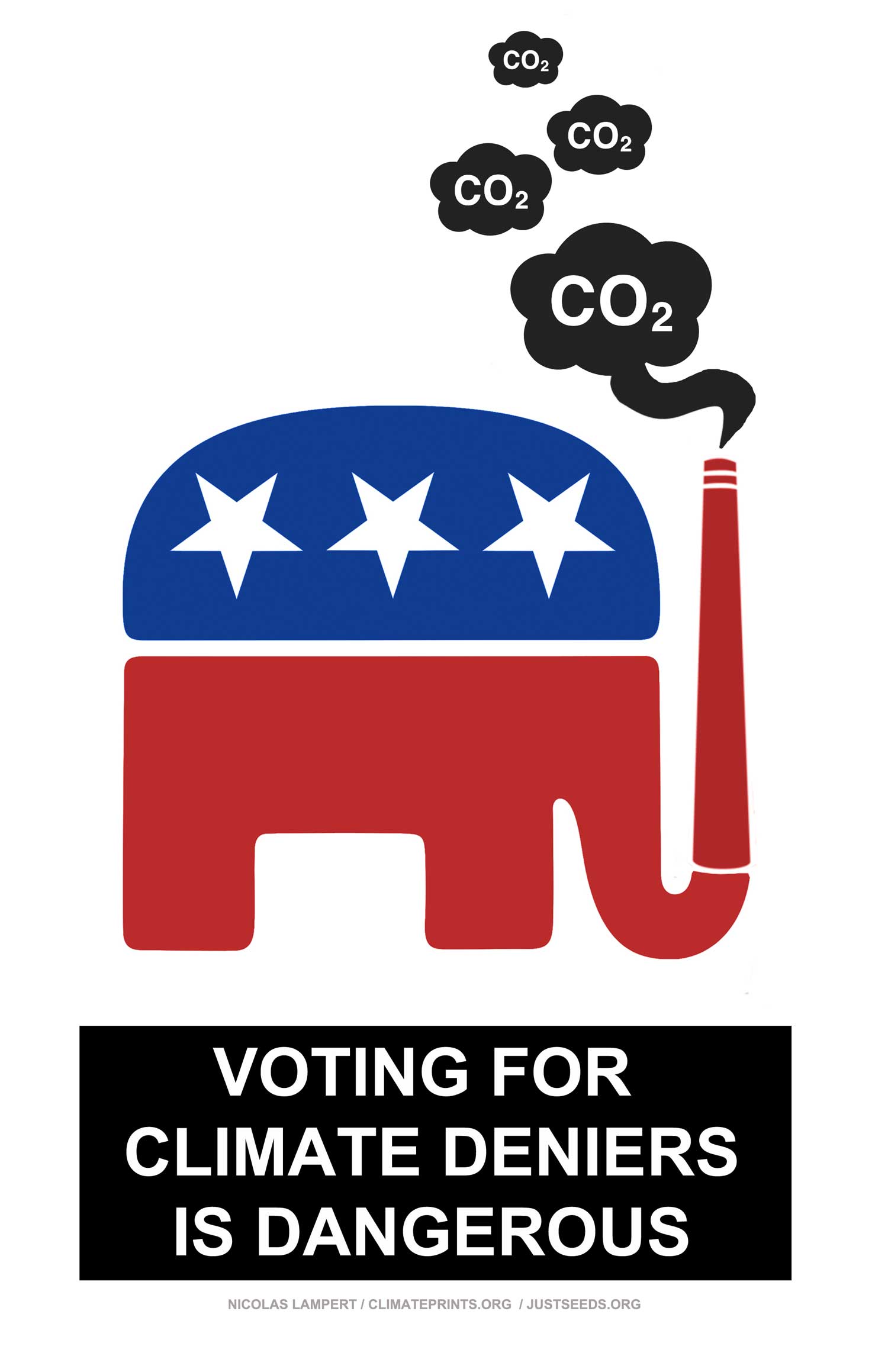 One of the biggest obstacles in the world to preventing catastrophic climate change is the United States and its political parties. Both parties – the Democrats and the Republicans – with only a few exceptions have sold out to a corporate, neo-liberal, free trade agenda. This economic system gives the environment little to no chance of surviving. The odds decrease further when one of the two major political parties – the Republicans – is dominated by climate deniers. We can scorn the politicians who represent the 1% but we should not give the public a pass either. This image is directed to the voting block. Change comes from the grassroots. Reject and resist the climate deniers.