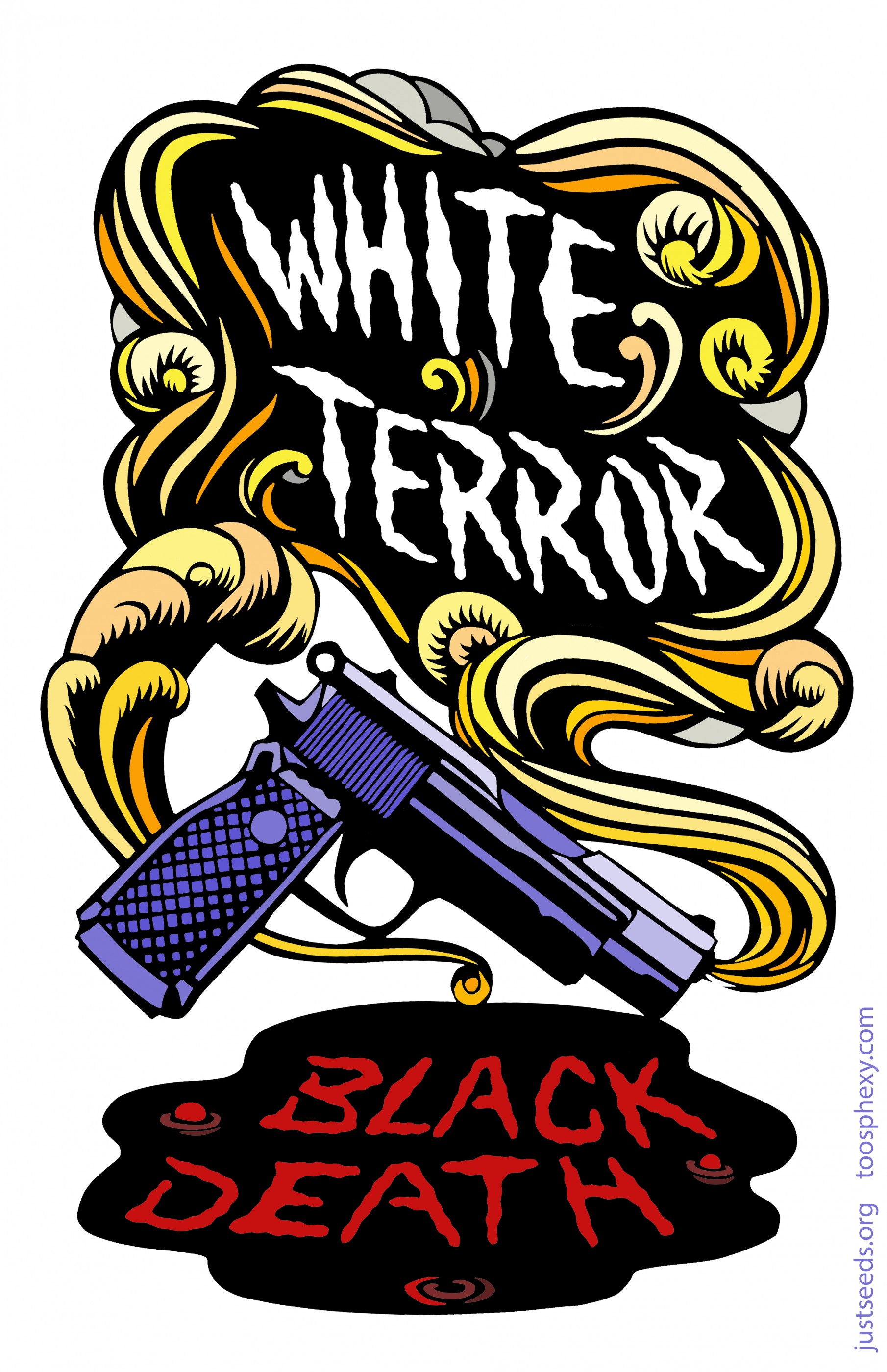 In the unremitting hail of awful news about white supremacy, impunity, and complicity that we’ve been suffering recently, something explicit has stood out- each of the murders committed with the blessing of the state by white police officers has been justified through fear. The heavily armed paramilitary agent (read:cop) expresses a terror of the person of color whom he killed, a terror that unhinged him, and left him no recourse but to deadly force. Mike Brown was a “demon”. The father of the cop who shot Tamir Rice said that his son “had no choice”. The irrational terror that racism inspires in white people is an historical force, not just a contemporary one. It’s at the core of how racism works, and relates specifically to the knowledge that this system, stoked with corpses, has produced a patrimony for white people that they know is stolen. Their terror comes from the justified fear that someday the people that white supremacy has been crushing for so long will reach out and take it all back.