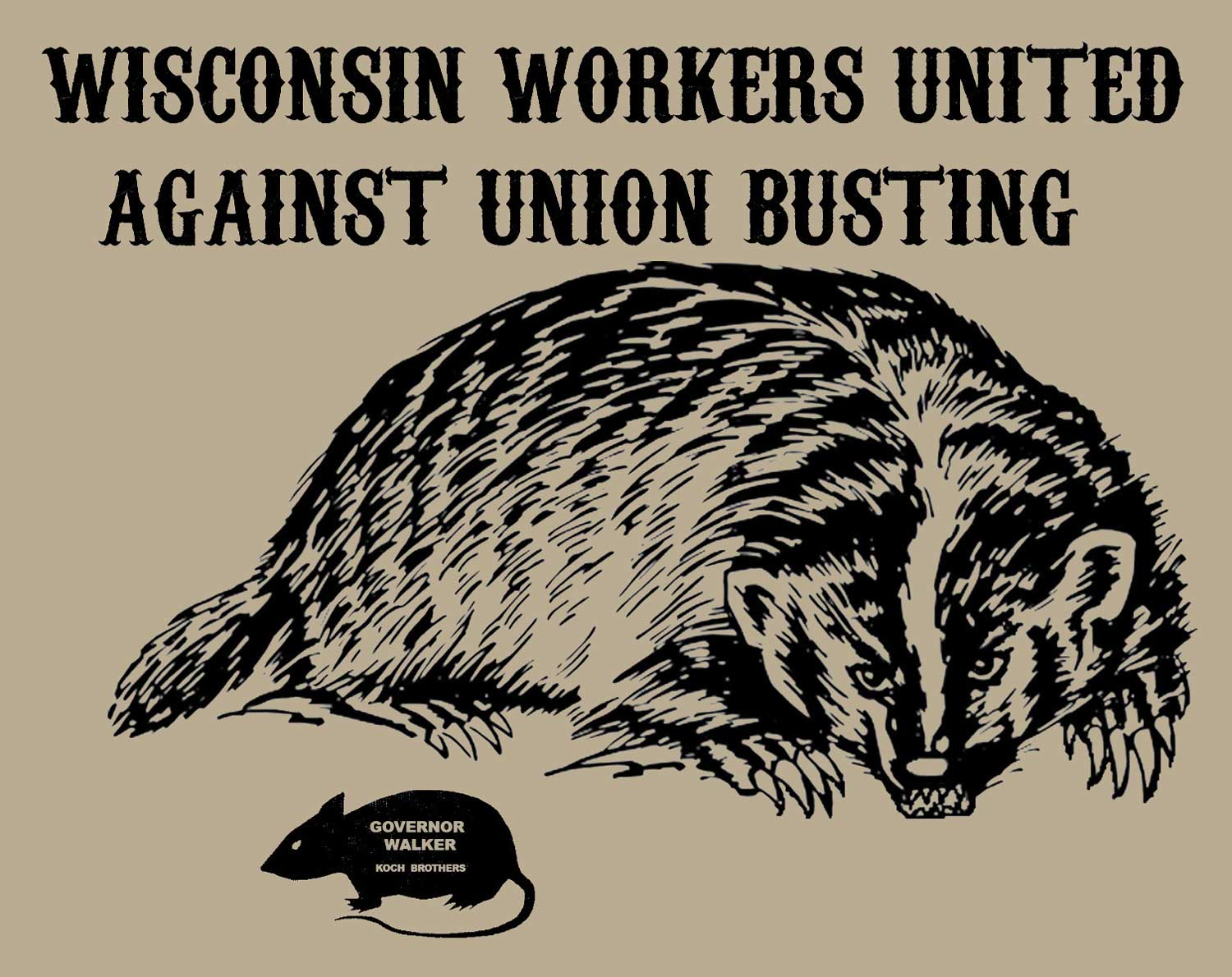 Graphic made for the Wisconsin Uprising in 2010. Mass movement against Gov. Walker’s attack on collective bargaining rights for public employee unions led to a two-week occupation of the State Capital Building and months of protests across the state with with some marches in Madison eclipsing 250,000 people. The movement unfortunately shifted to electoral politics and a recall effort that Walker won with major financial backing from his allies – Koch Industries, etc. Wisconsin has never been the same since the labor defeat and is now a model for the Republicans across the country on how to destroy public employee unions.