ABC No Rio’s bi-annual building-wide show is opening this Friday! There is a contribution from Justseeds member Kevin Caplicki, in the computer center on the 5th floor, check the flicks below. This will be the last Ides show in the current building, since ABC has raised enough money to construct a new building in the same location. Come out! The image used was taken on a recent trip to New Orleans. The idea was to incorporate a new image in the mural that was painted, two years ago, at the last Ides of March show. The title of the previous mural “Let us wait no longer” resonated with me, while riding bikes around the Lower Ninth Ward over 4 years after the devastation of Hurricane Katrina. The people waiting to be rescued, waiting for services, waiting to return home, and now waiting to rebuild.
I’m not a painter, and didn’t manifest exactly what was on my mind, but I had fun working in a different medium & I’m happy with the end product. Come check it out! 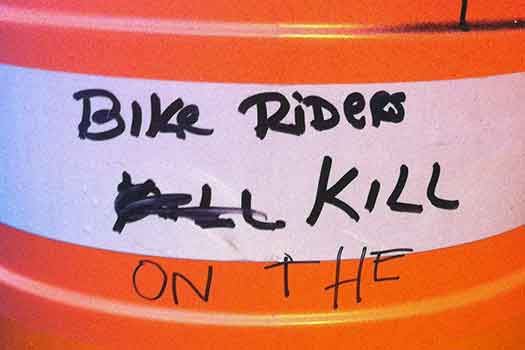