Man, just when Banksy had you feeling free, the New York Times has a report on the city’s new Citywide Vandals Task Force, the merger of the NYPD and transt cops’ anti-graffiti units started by Bloomberg’s crackdown on graffiti. The article has more details on the structure — and, most scarily, the goals — of the task force than any we’ve seen so far:

The new squad is equipped with infrared and digital cameras, a database with thousands of tags and profiles of those arrested, and a book that contains the 100 or so “worst of the worst” repeat offenders. The police, Lieutenant Mona said, are intensifying their efforts….
Graffiti arrests are up 88.9 percent citywide since January, compared with the same period last year, according to police statistics, an increase that Lieutenant Mona attributes to [the CVTF]….
The unit is among the most expansive antigraffiti efforts in the country, says Lieutenant Mona. Police lieutenants from each of the city’s precincts, housing projects and transit districts are now assigned to report their monthly progress in combating graffiti.
Lieutenant Mona’s goal is for the streets of the city to be scrubbed nearly as clean as its subway trains – and, he hopes, to stay that way. “Success would be just that people can say, ‘I remember when,’ about the streets, like they do now with the subways,” he said.

The reporter interviews a few graffiti writers, who have different reactions to the new crackdown, from paranoia, to more careful planning, to disdain. The article frames the new crackdown in a one-sided manner — a “cat and mouse game” of graffiti writers vs. the vandal squad — and fails to open any intelligent or constructive debate about a myriad of relevant issues, especially ones concerning public vs. private space.
Bloomberg’s remark about how graffiti is “an invitation to criminal behavior,” is left unchallenged. No mention is made of the cost of the new vandal squad. Of course, no alternative vision to Bloomberg’s whitewashed, surburbanized goal is presented. Growing arrest numbers and “broken windows” policing go unquestioned.
In Chicago, new anti-graffiti laws were challenged by the God Bless Graffiti Coalition, an imitation evangelist campaign with the slogans “Keep America Colorful” and “Give Graffiti the Thumbs Up.” The stencil above is a first attempt to spread their message in New York City.

yikes, yikes, and YIKES!
shit like this gets you policing in your head,
paranoia.
Just gotta remember
Keep on getting over, and UP!
The prosperity of this city and excess in budget
for programs like this cant last forever, i hope,
i dont want to live in another city as lifeless as Portland, OR.
(my one and a half cents) 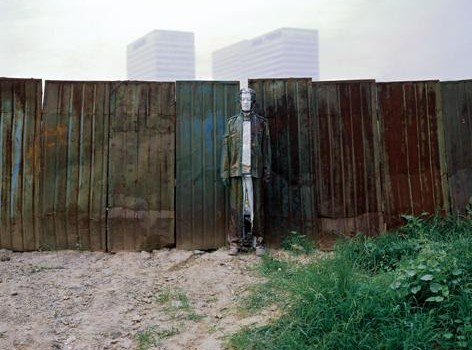 Liu Bolin: Hiding In The City

I just saw some beautiful photographs by Chinese artist Liu Bolin, from a series called Hiding In the City, where he gets painted into his environment. These works were inspired…

If you like to harass elected officials or think that they may represent your interests get over to Vote No Bailout! and send your representative a message! 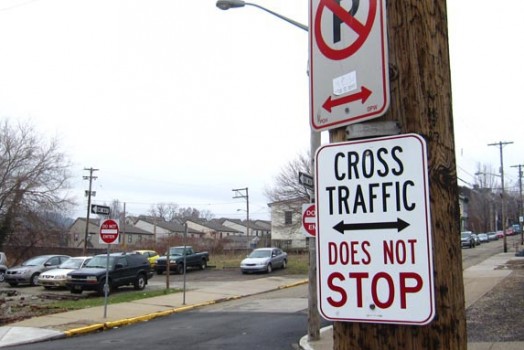 Pittsburgh, PA, USA DIYDPW is a weekly blog post highlighting global examples of Do It Yourself Department of Public Works projects. These are defined as any examples of municipal signage…

Rendition of “Down by the Riverside” for Gaza

Some folks changed the lyrics to Down by the Riverside to reflect the current needs of everyone living in Gaza. They went onto the NYC subways and sang some songs… 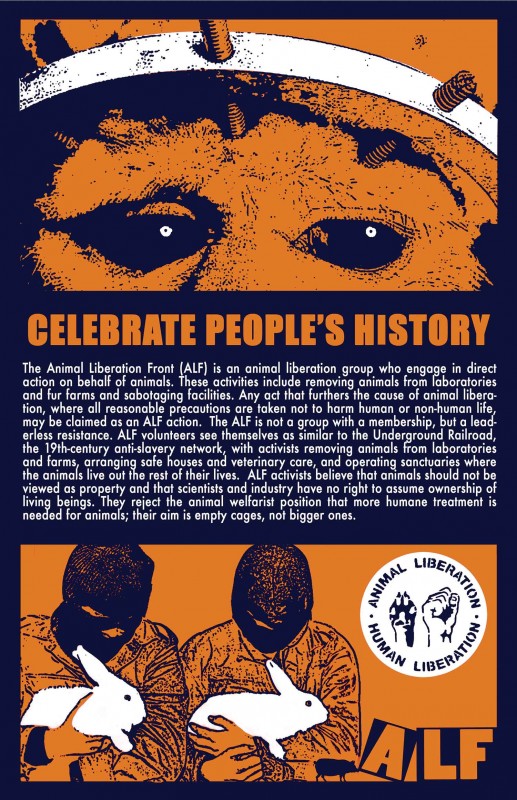 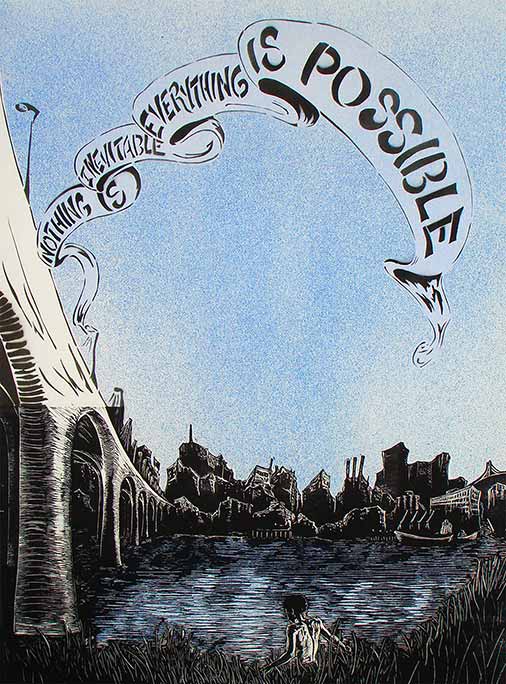 Nothing Is Inevitable Everything Is Possible 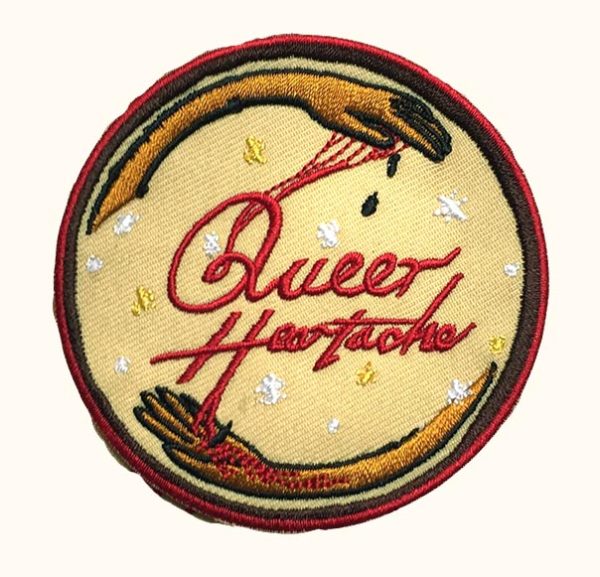