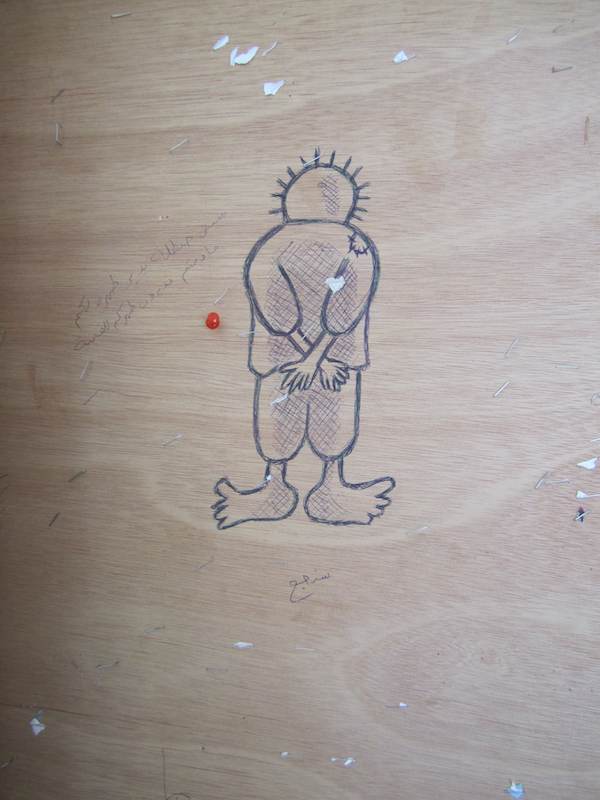 One of the most universally popular symbols I’ve seen here (possible second only to the Palestinian flag) is the cartoon image of Handala. He is a young Palestinian refugee, tattered and back-turned, refusing to grow-up until he can return to his homeland. He is seen as a symbol of popular defiance here, and is seen in graffiti, on t-shirts, key chains, car decals, and in shop windows. Handala was created Naji al-Ali, a Palestinian cartoonist who was exiled in 1948 (at the age of 10), and eventually murdered by Israel in the 1980s, when they went on an assassination spree of the Palestinian Left.

The Handala above is from a bulletin board at Birzeit University, below on the left is a stencil from Ramallah, and on the right is freehand graffiti from the walls of the old city in Nazareth. I’ve got photos of dozens more I’ve seen over the past week, but no time to prep them, so I’ll post those all in one blog later when I get back to NYC.