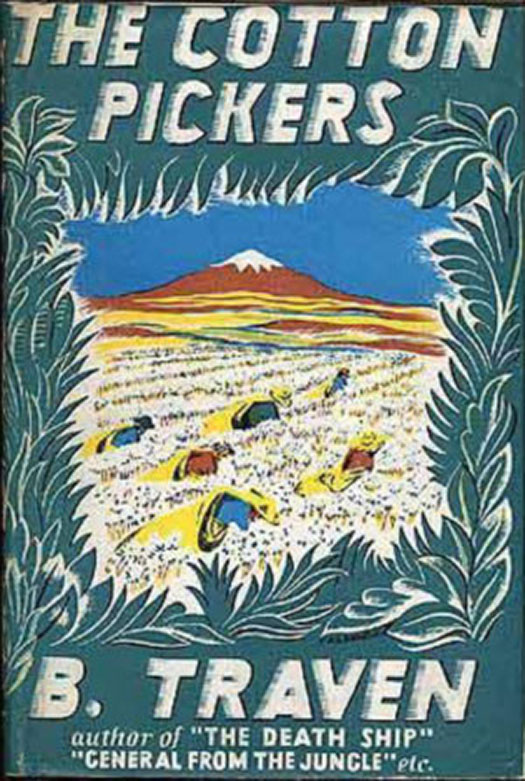 For part 5 of the B. Traven covers, I’m going to focus on a number of his lesser known novels (He wrote five or six outside of the Treasure of Sierra Madre, the Death Ship, and the six Jungle novels, and after 1940 he almost exclusively wrote short stories, which will be the focus of next weeks final Traven post).

The Cotton Pickers was Traven’s first published novel. It was actually titled Der Wobbly (the Wobbly, after the nickname for members of the IWW) by the initial publisher, but all other editions are titled The Cotton Pickers, and it appears that is the title Traven intended. The above is is the book jacket for an early hardback, possibly the first American edition.

Below to the left is an German embossed hardcover, and the right is a Hill & Wang paperback from 1975: Three more Cotton Pickers covers, the current Ivan R. Dee trade paperback (with its Rivera painting), an 1967 Hill & Wang paperback (I quite like this series of covers, expressive in simple orange, black, and white), and the embossing on an early German hardback: Bridge in the Jungle was originally published as a serial in German, and is a precursor to the Jungle novels. I’m not entirely sure of the origin of the book on the left, maybe Thai? or from India? The copy on the right is the first US edition, Knopf, 1938: On the left the old Ivan R. Dee standby, in the center the 1967 Hill & Wang, and on the right an early British hardback: The White Rose was first published in Germany in 1929, and if it isn’t clear from the covers, it’s about the oil industry stealing land from the Indigenous in Mexico. Here’s a German edition from 1942 (designed by Richard Paul Lohse), and a nice Czech edition: And here’s three English versions, all variations on the exact same visual theme: Here are a couple covers of German editions of Macario, which I don’t think has been translated and published yet. And then an embossed German hardcover of The Land of Springtime, a travel book about Chiapas. I’ve never seen an English version of this book, and I don’t think it has ever been released in paperback: It’s that time of year again, people are pulling together work for their 2011 calendars. One of our favorites, Certain Days, just sent out this call for artwork. Give it…

A good friend of Justseeds, Bill Daniel, has recently launched a new photosite called Tri-X-Noise. Bill has been taking fantastic photos of American sub-culture since the early 1980s, from early… 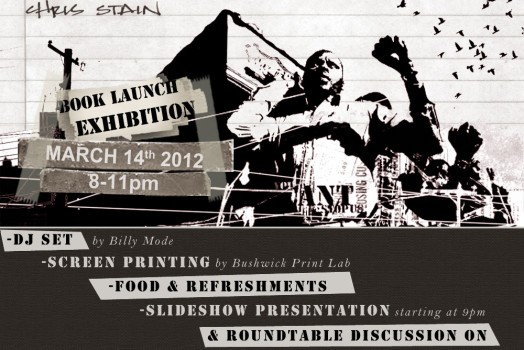 This Wednesday (tomorrow) is the long awaited book release for Chris Stain’s Long Story Short, which has been in the works for over two years. Join us in celebrating from… 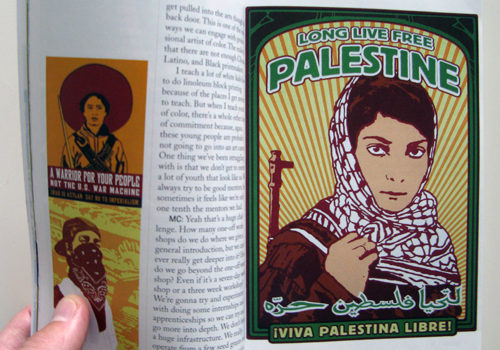 by Josh MacPhee
In the News, Justseeds Member Projects

Signal has gotten a couple nice mentions on the web (don’t forget to pick up a copy HERE.): —A review at Dotrad, which calls Signal “a beautiful chronicle of political…