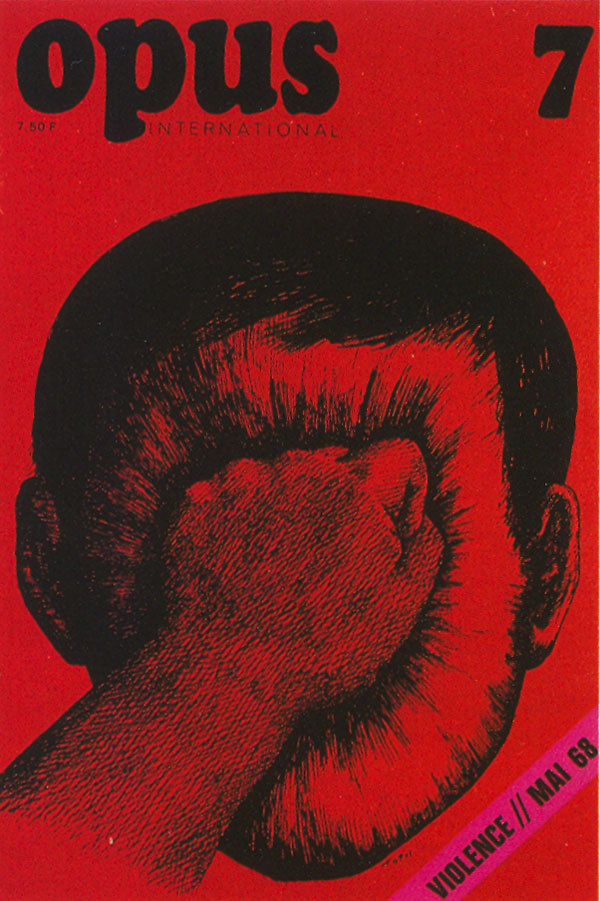 Let’s take a quick break from US publications and skip over to Europe. A couple years back I discovered the Polish poster artist and designer Roman Cieslewicz. Although well known within design circles, I think he is pretty obscure to most political artists and poster-makers under 40. He had a huge influence on European design when he moved to Paris in the 1960s, including in his role as designer for the arts magazine Opus International. The covers for the publication are fabulous, and most work as both covers and posters (and I believe many were actually converted to/produced as posters). It is said that Cieslewicz’ work was very influential on the artists and designers that took part in the Ateliers Populaire in May 68, and especially on those that would go on to form the political design firm Grapus. So much of his work is both extremely efficient and witty, a powerful combination. Many of these covers are so well designed that they actually seem to look familiar, even if you’ve never seen them before. And others, like the Che cover for #3, have been so reproduced and copied, that they feel like old friends. Others, like the cover for #4, are so obvious (Superman=”Global Super Power”), yet they also reveal deeper truths (the US and USSR are mirror images of each other, so similar in so many ways).