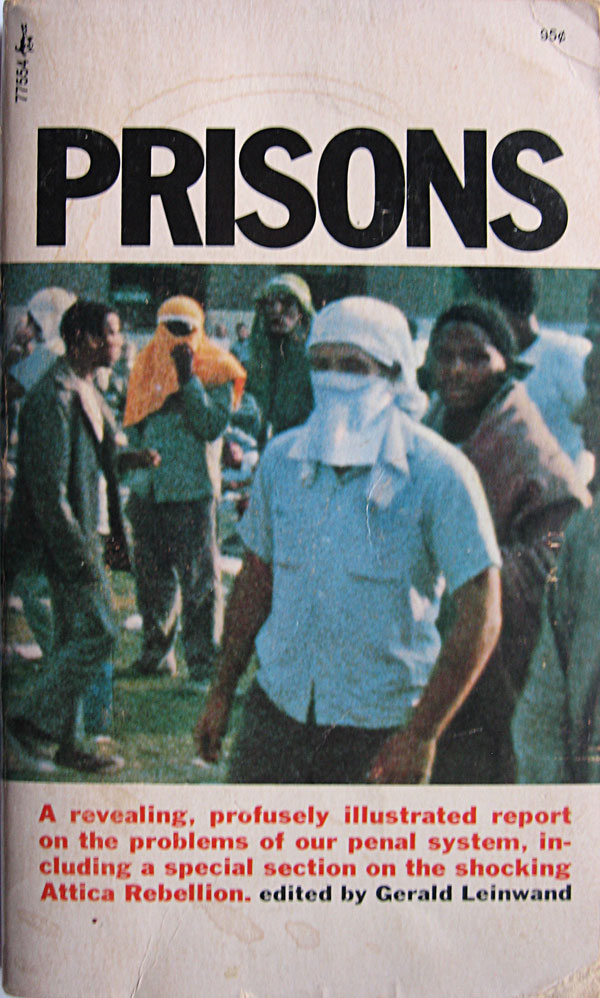 For the next month of so I’m going to focus on the covers of books about U.S. prisons. Something uplifting for the new year! I first became involved in prison-related activism (including support for political prisoners, whose books will also be featured in the upcoming weeks) in the early 1990s, and slowly have amassed a large collection of books and publications on prison issues (in order to keep this manageable, I’ve pretty much stuck to books with spines, leaving out pamphlets, magazines, and chapbooks, as well as keeping it U.S focused). In addition, a couple friends have pretty large collections as well, so I’ve photographed some of theirs (thanks Dan Berger!), and pulled a select few off the web. This week we’ll start with prison riots. And the daddy of the modern U.S. prison riot, Attica. Although it had begun to be an issue before, the Attica rebellion in 1971 awoke the American public to the fact that their were serious problems in the prison system, and a slew of both scholarship and sensational writing followed, including a series of reports like the ones to the right and below.

The top right is an attempt by the publisher to capture the sensationalization of Attica by the use of the single huge sans serif “PRISONS” and by placing front and center a close-up photo of prisoners (Black prisoners!) in the yard at Attica with their faces covered by t-shirts. For the NY Report book (below to the left), the strong stencil font is effective at implying militarization (we’ll see this again in future weeks!), and the photo is successfully shocking (I can’t remember the last time I saw a photo of penises on a non-pornographic book?!?), although the distance shot might not be as effective as if they had used a close up. My favorite of the Attica-related book covers is the Badillo, the simple red and white type on a black field is powerful, and the warping of the text implies that the contract between prisoners and society has been stretched, bent, and torn: Probably the most well known book about Attica is Tom Wicker’s A Time to Die. Wicker, a reporter for The New York Times, was asked by the prisoners to be a mediator, and got a first hand look at the riot and state’s reaction to it. This book was a bestseller, and reproduced in a number of hardbacks, pocketbooks and trade paperback editions. Unfortunately none of them are that exciting! The British hardback (to the right) might have the nicest type-treatment, but it looks like it was published in 1956, not 1976. The U.S. hardback isn’t worth much comment, The title crammed in the colored window is a bit visually confusing: if the black is the prison, and the color outside the window, is a time to die outside the prison as well? As for the paperback, there were a number of versions, all of them variations on this weird sci-fi blast-off type style which looks like it was made for a George Lucas film, not a book about a prison riot. No designer is attributed on the paperbacks: The prison riot that next captured the country’s attention (although certainly not the only riot to take place since Attica) was in 1980 at the New Mexico State Penitentiary. I know very little about this riot, and the covers of the books about it don’t give me much to go on. Colvin’s academic volume defaults to a basic cryptogram, the state symbol of New Mexico being cracked. Saenz, a former prison guard at the NMSP, has a cover that is graphically more effective, but completely generic: The cover of Morris’ first edition is quite nice graphically, with the diagonal titles turning the prison bars into what I believe is meant to be hash marks representing years spent in prison. Unfortunately the type is unimaginative and drags down the simple graphic. The second edition is even worse, with stock american typewriter font and clip art barbed wire: Here’s a final New Mexico book, this one self-published by a G. Hirliman, a prisoner (or former prisoner) who was there during the riot. I don’t know who did the design, but it seems a fair assumption that it is based on either Hirliman’s art, or another prisoner’s. Now let’s jump to 1993, and the riot at the Lucasville State Correctional Facility in Ohio. This first book is the other end of the spectrum from Hirliman’s, as Williams was a guard in the prison during the riot. Interestingly, both covers have a similar amateur look, with block-y fonts and smokey textures (I assume to convey a sense of dread or danger): I haven’t read William’s book, but I have read Lynd’s, and it’s a great narrative and analysis of what happened at Lucasville. The original edition (to the left) came out in 2004 and I remember at the time being disappointed by the cover (which was designed by Robin West Morrow/Ox and Company). The photo in the background is one of the most important images of the riot, when the prisoner’s hung their demands out a window on a sheet, but the brown photocopy effect on it makes the cover look washed out, and the clip-art-ish barbed wire laid on top isn’t very convincing. Without any color, the cover instantly fades from memory. When I was asked to do the cover for the new edition of the book, I decided I wanted to honor that timeless image of prisoner communication via the sheet out the window, but make it really pop, so I stripped everything other than the sheet and the wall away, and hand drew the image, instead of relying on poor quality photos. I think it works, hopefully other people will too, because the book is a good read! Finally for this week, a couple books that more generally discuss violence and riots in prisons. The Useem cover is one of my favorites this week. The stark black and white is used very effectively, as the gritty newspaper photo balances well with the bold sans-serif type. I used to have this book, but someone borrowed it and never returned it, so unfortunately I can’t check the designer. The Montgomery book is a nice counterbalance, a complete desktop publishing disaster created by the prison industry itself: , I decided I wanted to honor that timeless image of prisoner communication via the sheet out the window. 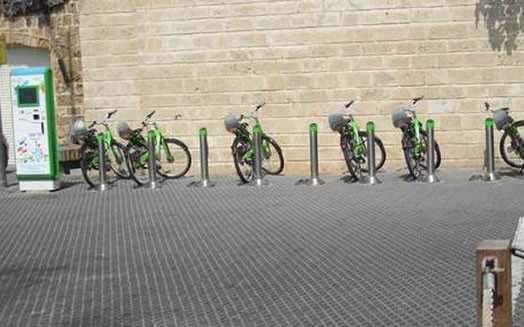 I barely got used to seeing the pay-to-ride CitiBikes around New York City before I left town. Although these bike programs seem to now be a prerequisite for any city…

Molly found this, but I don’t think either of us wanted to re-type all the info, so I’m just re-posting this pdf announcement for Black Panther films in relation to… 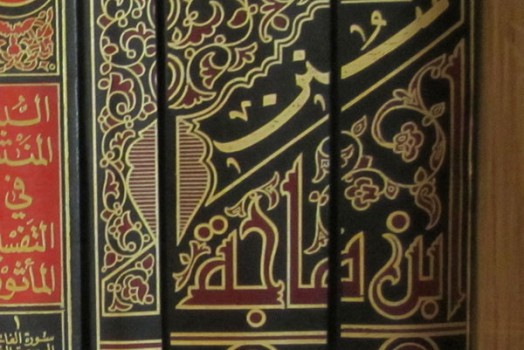 While in Palestine I visited over a dozen libraries and archives, and got to take a look at an entire world of books that was previously unknown to me. One…