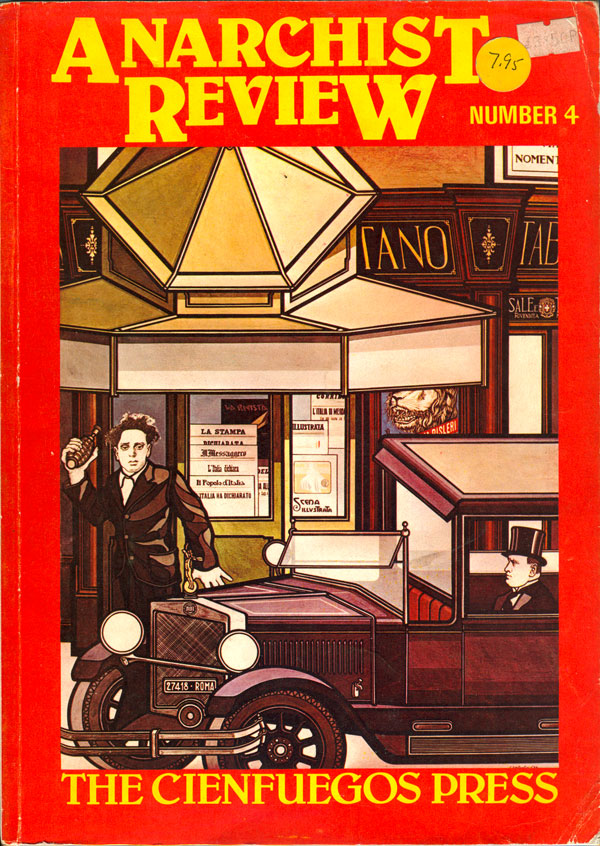 For years I’ve been a fan of the look and feel of the Cienfuegos Press books published by Stuart Christie in the UK in the late 1970s-early 1980s. I stumbled on a used copy of the Cienfuegos Anarchist Review #4 in a small bookshop in Washington DC back in 1993, and with its full color Flavio Costantini cover illustration I was hooked. I’ve since hunted down copies of most of the Cienfuegos publications. I’ll start with the Costantini covers, and move on to the other books later on.

Here are the three Cienfuegos Anarchist Review’s with Costantini covers, and you can see how issue #2 has just a simple spot illustration, but the full covers of #4 & #5 are dedicated to full color paintings of anarchist history. The cover of The Anarchists in London is quite nice with a simple dark brown monotone version of a painting and the title offset in red. The printing on The International Revolutionary Solidarity Movement cover is nice as well, with the black outline image of Bakunin sitting on top of the red newspaper headlines, maximizing the two color cover. My guess is that Christie or someone else actually did the layout of each of these, taking the Costantini pieces and placing them in the context of the rest of the cover. The cover of The International Revolutionary Solidarity Movement is attributed to Jean Pierre Ducret, but the illustration is so similar to other Bakunin pieces Costantini has done, I have a hard time imagining this wasn’t one of his illustrations. 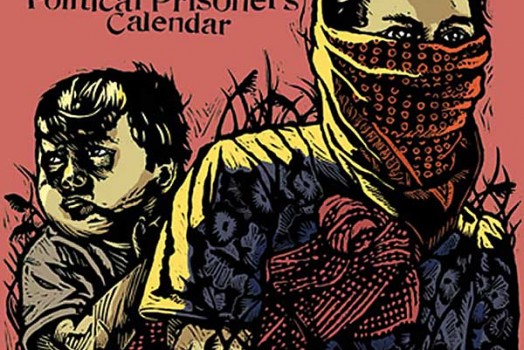 Once again, Justseeds members have been heavily involved in the art side of the always fabulous Certain Days: Freedom for Political Prisoners Calendar. This year Santiago’s art is on the… 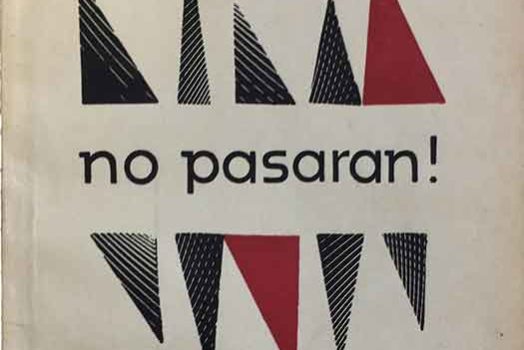 I picked up this book while browsing Mother Foucault’s Bookshop in Portland, OR with Alec and Katie a couple years back. It was a little pricey for something I’ll never… 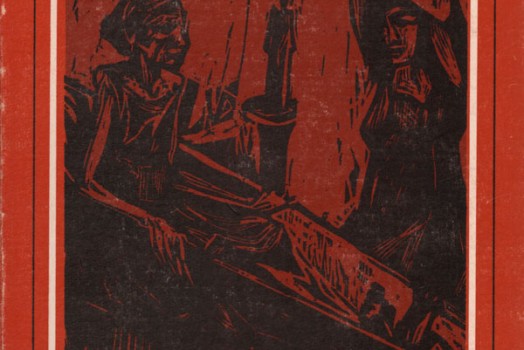 Here is another gem unearthed at Brooklyn’s best bookstore, Book Thug Nation. The title is a bit contested, as the cover says it’s Short Stories from Puerto Rico, and the…

Tech savvy anti-authoritarians have set up a cluster of servers for anonymous testimony and coverage of the demonstrations in Iran from inside and outside of the country, Anonymous Iran. This…