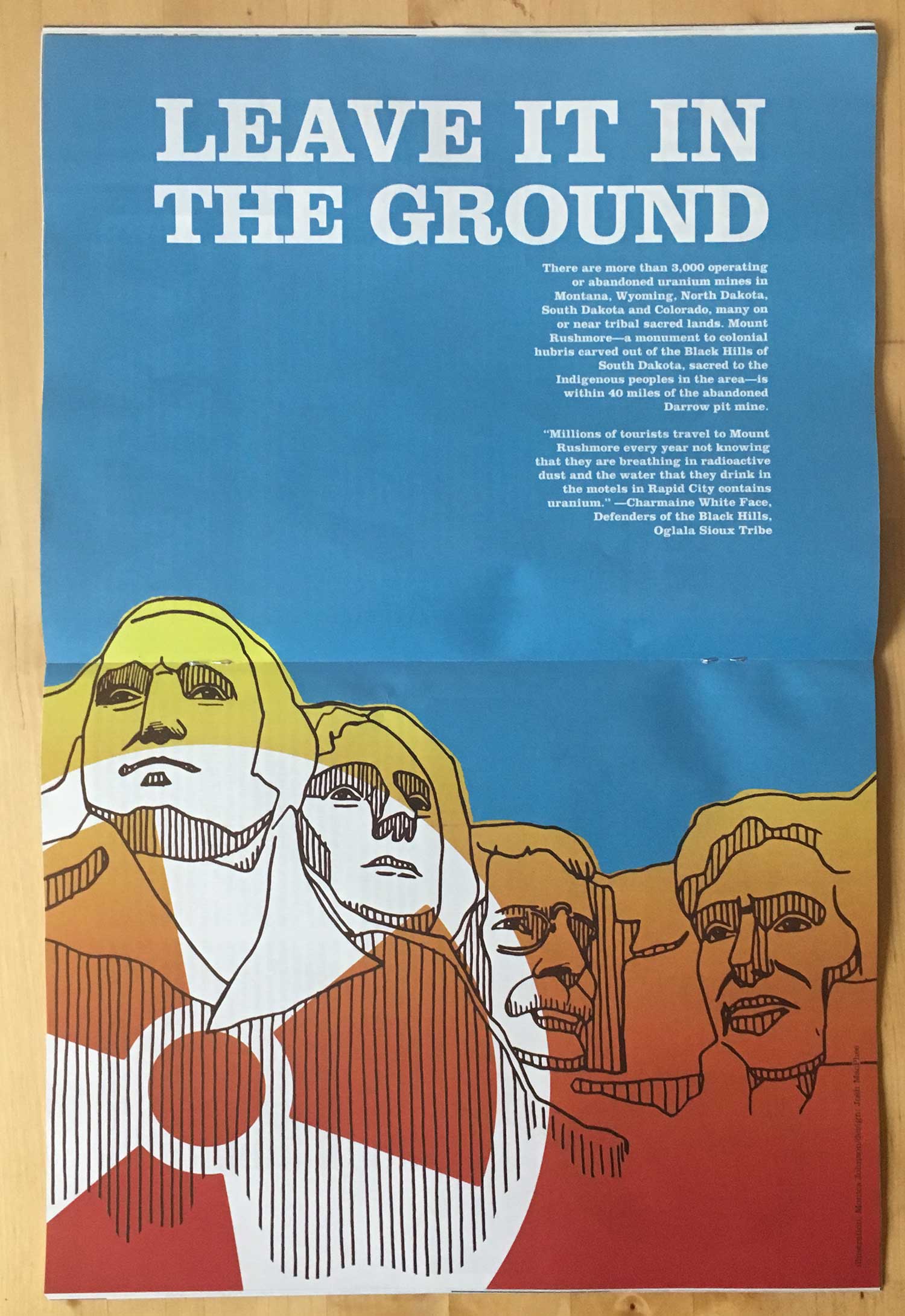 A couple months back the stalwart Chicago-based left magazine In These Times approached Justseeds about a collaboration, in which we would create artwork for a series of pull-out centerfold posters over the next year. Monica Johnson and I created the inaugural poster, just released in the November 2017 issue. Monica did the illustration and I did the design. I’ve actually been toying with this poster for a long time, it was originally inspired by a presentation at Interference Archive by Klee Benally — I had known loosely about mining issues on sacred Native lands, but not the extent. And this country mounting one of its most offensive patriotic monoliths right on top of one of its most toxic waste dumps is so amazingly arrogant and stupid rolled in one that I knew it would be a good hook for a poster.

Upcoming issues will feature posters by Aaron Hughes, Meredith Stern, Pete Railand, Mary Tremonte, Jesse Purcell, and more. If you like the posters, let In These Times (and us!) know, so we can keep doing them! 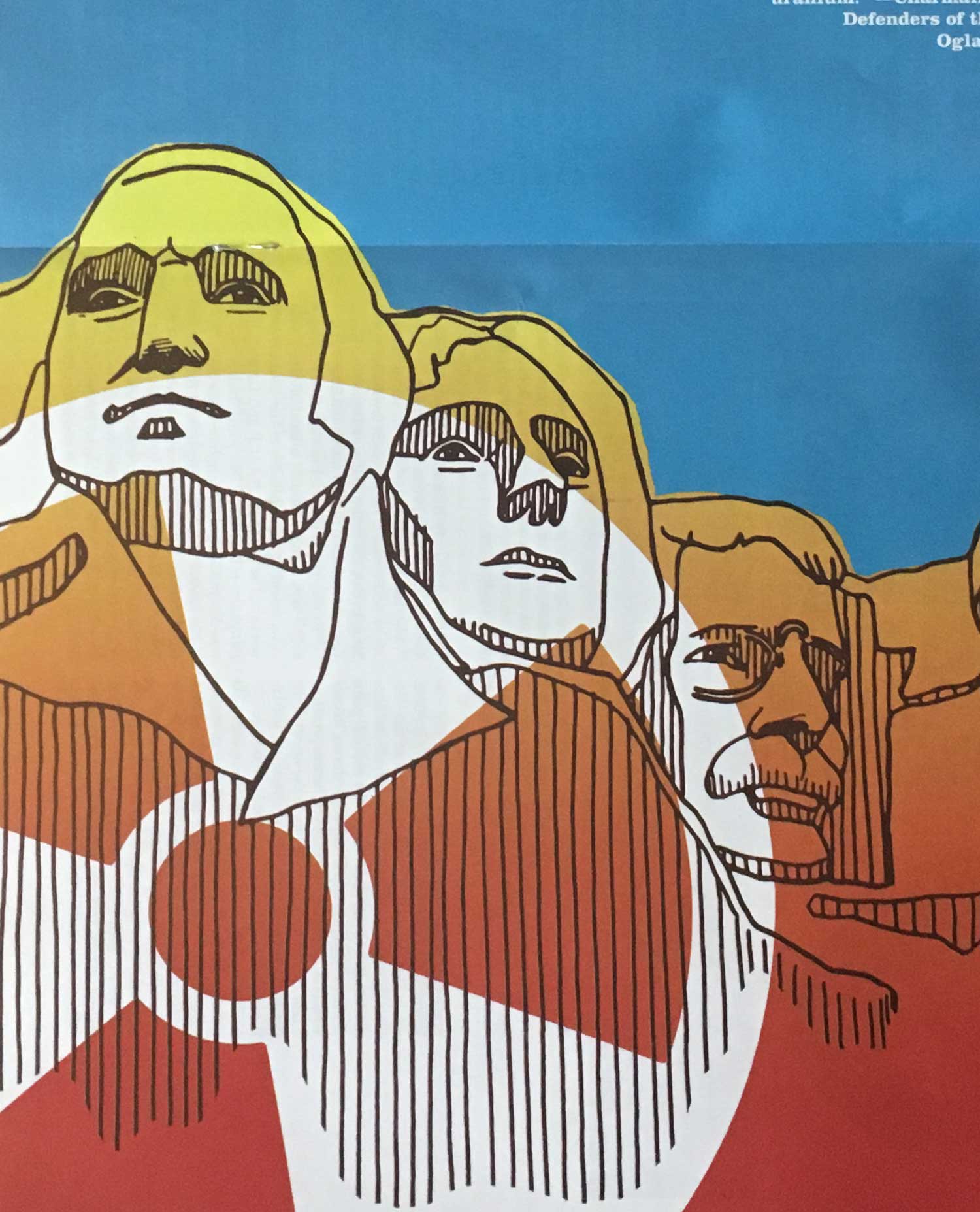 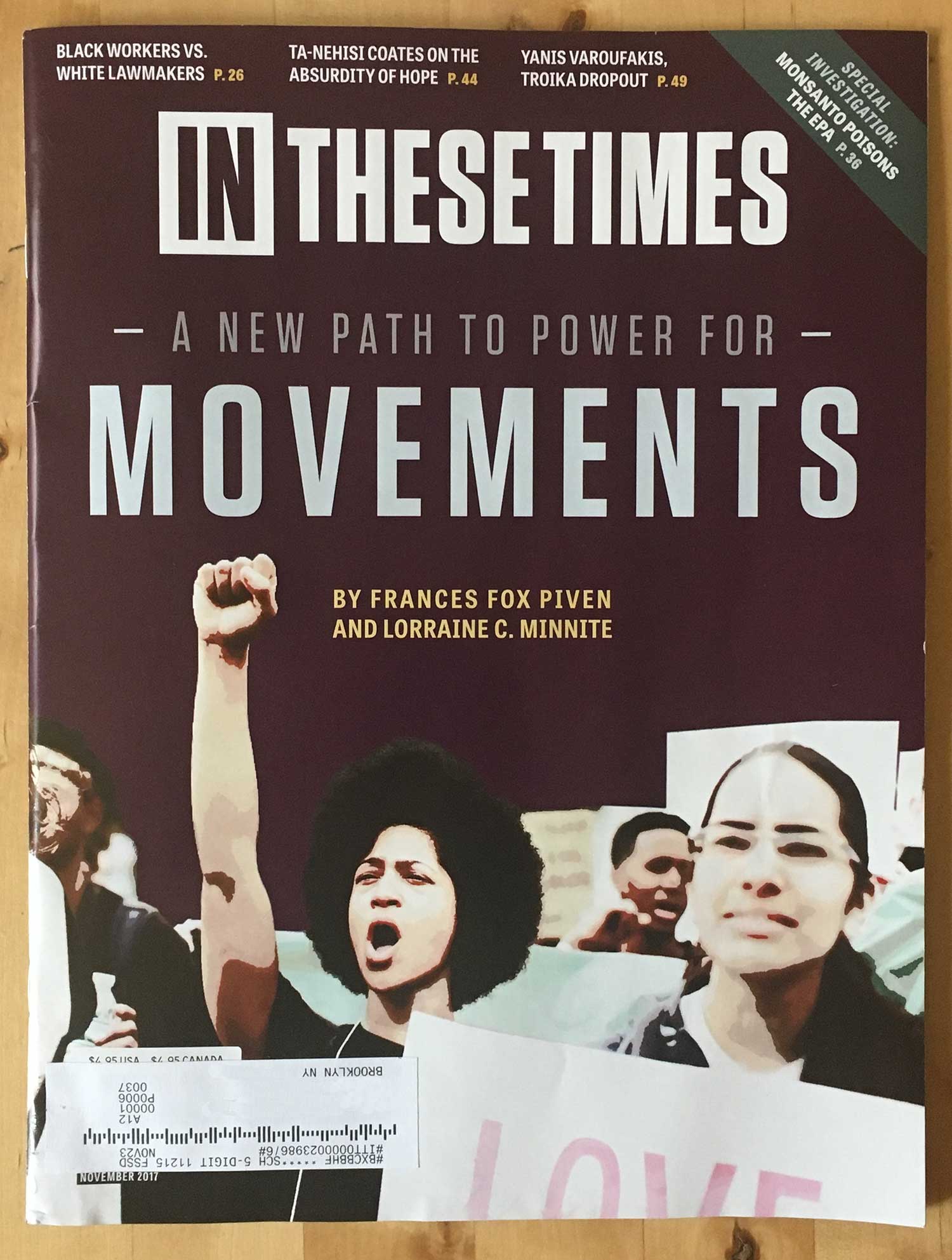